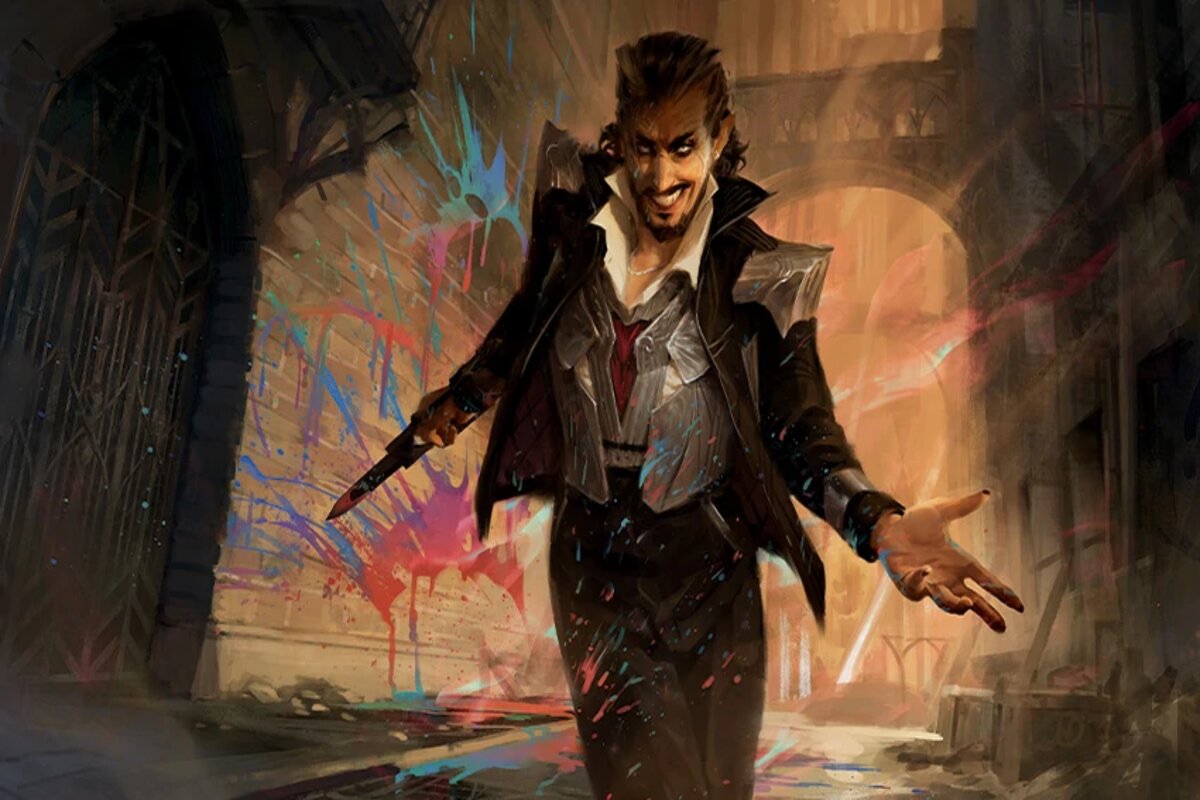 A total of five Magic: The Gathering preconstructed Commander decks will release with the Streets of New Capenna set, featuring three-color commanders that synergize with each of the five crime families.

The Streets of New Capenna (SNC) set contains five crime families in each of the three-colored ally colors that have their own unique MTG mechanic. Complimenting the Standard-legal set are five preconstructed Commander decks for each of the five factions.

Each New Capenna Commander deck contains a total of 100 cards with a recommended commander for the build. There are 17 new MTG Commander cards in each deck, along with a number of powerful reprints. The SNC Commander decks also come with two foil commanders, 10 double-sided tokens, a life counter, and a cardboard deck box to hold your cards.

As a bonus, each SNC Commander deck contains a New Capenna collector booster sample that has a guaranteed Mythic Rare or Rare with special treatment and an Uncommon or Common foil.

Here are the five New Capenna Commander decks and every card found in them.

The Obscura Operation Commander deck is in MTG Esper colors, showcasing the SNC mechanic Connive. Kamiz, Obscura Oculus is the face commander for the deck, synergizing with Connive and aggressive gameplay.

Showcasing the MTG Grixis colors is the Maestros Massacre SNC Commander deck. The Maestros use the new Casualty mechanic with Anhelo, the Painter as the face commander for the deck. The Maestros Massacre Commander deck focuses on Instant and Sorcery spells, along with copying those spells via Casualty. Anhelo, the Painter has Deathtouch, and the first Instant or Sorcery spell cast each turn has a Casualty of two.

The face commander is Henzie “Toolbox” Torre, a devil rogue that grants each creature you cast with a mana value of four or greater Blitz. Each Blitz cost is reduced by one for each time you’ve cast your commander from the command zone that game.

Highlighting Naya colors, the Cabaretti Cacophony SNC Commander deck focuses on tokens and go-wide aggressive gameplay. The face commander for the deck is Kitt Kanto, Mayhem Diva, a 3/3 cat bard druid. Upon entering the battlefield, Kitt creates a 1/1 citizen token. At the beginning of combat on each player’s turn, you may tap two untapped creatures you control to grant a target creature +2/+2 and Trample until the end of the turn while also goading that creature.

The Bedecked Brokers SNC Commander deck is in the MTG colors of Bant, showcasing the Shield Counter mechanic. Perrie, the Pulverizer is the face commander of the deck, placing a Shield Counter on a creature upon entering the battlefield. Whenever the rhino attacks, a creature you control gains Trample while also gaining +X/+X until the end of the turn, where “X” equals the number of different kinds of counters you have among permanents you control.