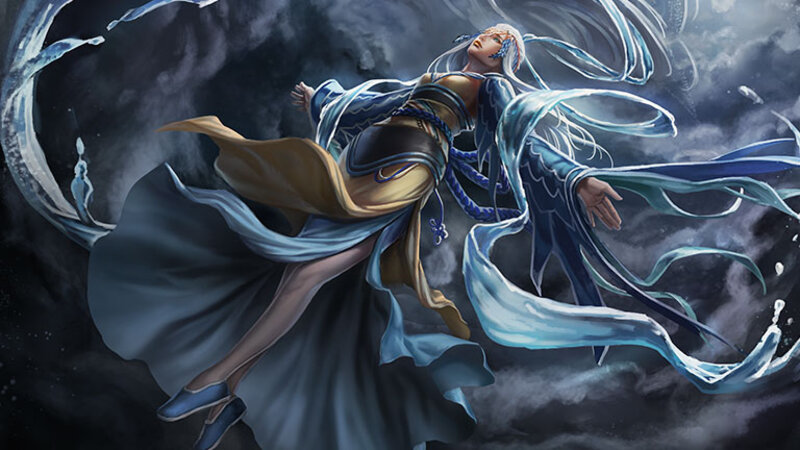 The July update (0.17) for MTGA is complete and with it comes a new Chronicles event, bug fixes, and a resolution to some of the performance issues.

Following an extended delay, players were locked out of MTGA and could only get back into the game by reinstalling MTG Arena. If this is still an issue, use this link to download and install the updated version of MTGA. According to WotC, this is the last time players will have to follow this process after an update occurs.

The first tournament in the new Chronicles event for summer is Ravnica: Guild Battle. Launching on July 28, the tournament will last three days. There is no record of losses and it’s completely free-to-play.

Guild Battle is a tournament played with 10 preconstructed decks chosen and created by WotC. Players are allowed to preview all the decks before choosing one and are allowed to swap them out in between matches. These decks are only for the Guild Battle tournament and won’t be added to a player’s library.

Here is a list of the preconstructed deck’s players can choose from in the Ravnica: Guild Battle Chronicle event

Each Chronicle tournament will last three days, beginning on Sunday at 10am CT and running until Tuesday at 10am CT. With each win, a player is given rewards (up to six wins).

All rewards can only be received one time. The basic land rewards, however, only need to be obtained once for a player to use multiple copies in their Constructed decks.

Following the reinstall of MTGA, players will no longer have to reinstall the game due to changes made in the July 25 update. In addition, prior to a major update, players will have the chance to download assets before the update begins.

A login, however, will be required to download the assets. WotC has also improved the visual quality of the installer on MTGA.

Multiple bug issues have come about following the M20 update to MTGA. The most troublesome of those bugs was the Mastery Pass cat, which led to 50 players being temporarily suspended for five days from MTG Arena. Another problem bug was the issue of Chandra, Acolyte of Flame’s minus two ability not being able to cast cards with a Spectacle cost.

Here is a list of the following bug fixes on MTGA

In addition to these various bug fixes, WotC has also corrected the bot Drafting problem. Bots were passing on cards that players normally wouldn’t in Draft and it was leading to several issues during match play. According to the patch notes, the priority level has been fixed.

Many in the MTG community have been asking for an improved visual clock during best-of-three matches. With the July 25 update, the clock will become visible once a certain time limit has been reached.

Along with performance upgrades and bug fixes, WotC has changed the log outputs on MTGA. Software that players use will require an update to ensure tracking is working properly. An example of what the output log file should look like can be found here.

New bundles and card styles are also available in the MTGA store. These include the Battle for Zendikar basic lands (full art) and a Mu Yanling Bundle.