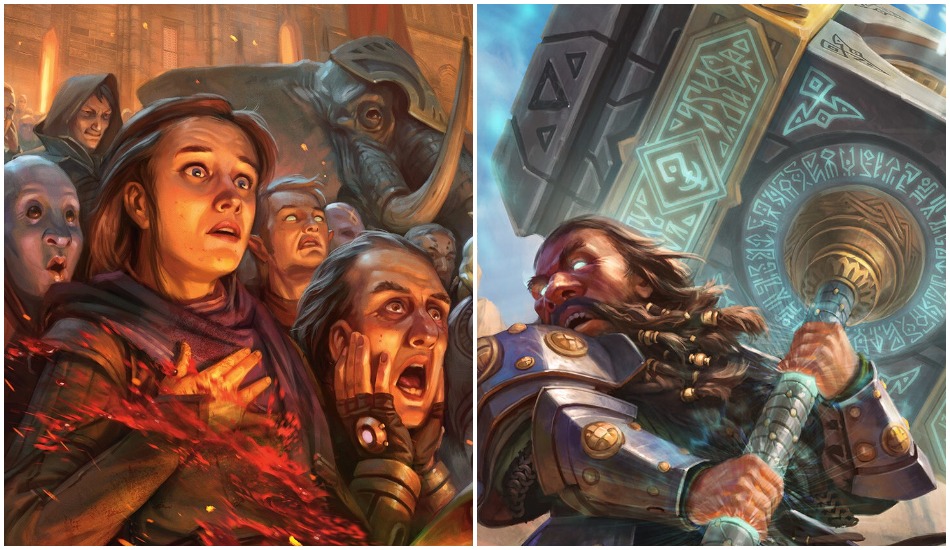 Images via Wizards of the Coast Magic: The Gathering

The temporary bans are continuing on MTG Arena for those spam clicking the Mastery Pass cat during matches. Wizards of the Coast, meanwhile, is defending its position to temporarily suspend players for clicking too much.

The newest controversy surrounding WotC and MTGA began a couple of days ago after players began receiving five-day suspensions for spamming the Mastery Pass cat during match play, resulting in the crash of the game due to a bug. Some players began to take advantage of this, and the issues were reported to MTGA.

Unfortunately for those who were spam happy on the cat, without knowledge of the bug, still received five-day suspensions. WotC never released a statement regarding the performance issue associated with the Mastery Pass cat, leading to temporary bans for those who enjoy fidgeting and spamming the graphics that are designed for players to click on.

After being suspended for five days from MTGA, a player voiced their concerns on the MTGA forums. The initial email sent to the player informing them of the ban allegedly claimed the individual spammed the Mastery Pass cat as a means to win a match.

“The Magic Arena player account associated with this E-mail has been identified by our systems for exploiting an existing bug in the client involving the Mastery Tree Cat to force wins in matches,” the WotC email said. The player responded on the MTGA forums regarding the email and received a message back from the Magic forums community manager.

“For those getting banned, I would wager a guess that you did it more than once, figured it out and proceeded to continue to abuse the mechanic in-game,” the WotC community managers states. “I am 100% positive WotC pulled the logs of the people that were banned, saw that they were doing this action on multiple occasions, and offered them a five-day vacation from the game.”

The WotC community manager added: “Let’s be honest, most people who have the cats have clicked fast a few times and gone about their game, not causing disconnects and not been banned. I know I have done that.”

The reports coming in vary, but it seems those who are clicking the cat in excess of 1,000 clicks per match are receiving suspensions. At first glance, this number seems high, but it’s actually only about 80 beats-per-minute (BPM) during extended downtime. For players who grow impatient while waiting for their opponent to make a move, clicking on the MTGA graphics—like the Mastery Pass cat, is common. And more respectful than clicking the “Your Go” chat message bubble over and over again.

Update 07/18/2019: In an updated MTGA forum post, the WotC community manager released a few facts regarding the suspensions handed out thus far.

“I was given the okay to give out exact numbers, so here it goes,” states the WotC forum community manager. “Only about 50 people were suspended (and only for five days). The people who were suspended were clicking the cat over 150 per minute, and it was constant. There were thousands of clicks per game. It wasn’t a one-time thing, either. This was over multiple matches. If you have been just absentmindedly clicking the cat, you won’t get in trouble.”

The player who initially posted their concerns on the MTGA forums didn’t like the WotC response, saying that, if there was a problem with a product sold, then players deserved the right to know about the bug before suspensions were handed out.

“It should not matter if you ‘ran’ the numbers or not,” the player responded. “You sold us a product, didn’t warn us it had a flaw and then started banning people for using something they paid for.”

Related: Wizards of the Coast leaves Channel Fireball in the dark regarding Magic: The Gathering MCQs

Until the bug is fixed, MTGA players should avoid spam clicking the Mastery Pass cat as it seems WotC might continue to hand out temporary suspensions.