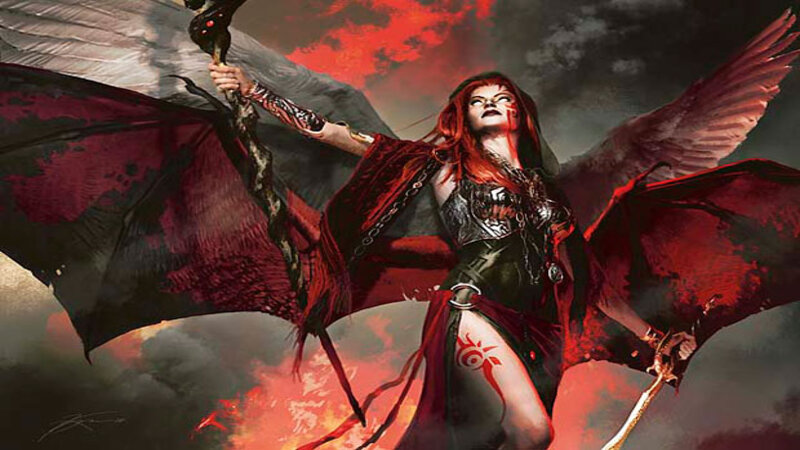 With the return of Chronicles to MTGA, Wizards of the Coast is introducing three new tournament formats in addition to Pauper and Treasure Constructed.

Starting July 28 via MTGA, the Plane-Cation Chronicles will feature Guild Battle, Standard Shake-Up, and Landfall tournament formats. The infamous and fan-favorite format Pauper and Treasure Constructed will also be included.

Catering toward new players on MTGA and veterans who want to put their skills to the test, Guild Battle comes with 10 preconstructed decks. Players can preview the decks before choosing one and can swap them out in between matches. The decks, however, won’t be added to a player’s library since they’re only for the Chronicles Guild Battle tournament.

The 10 preconstructed decks are:

It’s not mentioned by WotC, but it’s possible that some (if not all) of these decks are the new preconstructed decks being offered to beginning players on MTGA. Developers are also asking for feedback from the MTG community on the Guild Battle tournament since an event with preconstructed decks on MTGA has never taken place before.

Based on the closed beta version, Brewer’s Days, Standard Shake-up is all about bringing wild homebrews and jank to an MTGA tournament setting. The purpose of this event is to stray away from the meta and go wild. Because of this, several cards are banned from being used in Standard Shake-Up (sorry, not sorry, Teferi lovers).

Of all the tournaments taking place during Plane-Cation Chronicles, Standard Shake-Up has the potential to be the most interesting. Building decks off the current meta is fun, but running jank against other weird and wild decks seems like it’ll be a blast.

Using an emblem to shake things up, Landfall is an interesting format in which lands entering the battlefield cause a player to exile the top card in their library.

Creature cards become one/one plant tokens. Noncreature and nonland cards are punished to the bottom of a player’s library, while you gain one life and your opponent loses a life point. Unlike most Constructed tournaments, Landfall brings a new type of strategy to MTGA.

Ravnica Plane-Cation Chronicles begins on July 28 at 10am CT. Each tournament format will last for three days, running Sunday through Tuesday each week.