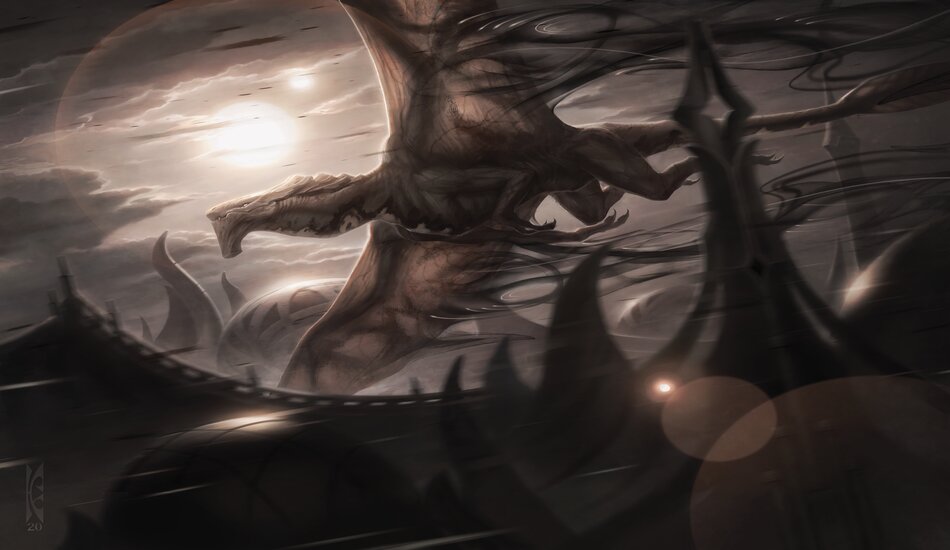 Shadrix Silverquill, the founder of Silverquill College at Strixhaven University, was the first Magic: The Gathering Legendary dragon revealed today.

Scheduled to release in less than a month, Strixhaven: School of Mages (STX) showcases five colleges located on the MTG plane Arcavios. Each of the five Strixhaven University colleges was founded by a dragon representing a Magic color pair at odds with one another. Wizards of the Coast confirmed today all five founding dragons are in the upcoming set with the STX spoiler Shadrix Silverquill.

Silverquill College specializes in the manipulation of living ink magic via the art of speech. The school’s mascot is inklings, a creature Shadrix Silverquill enjoys creating. Black and White are the college’s Magic colors—showcasing mechanics like life drain, Flying, Double Strike, tokens, and counters.

Shadrix won’t likely see much play in Standard Constructed as a 2/5 five CMC founding dragon of Silverquill. His design was clearly meant for Commander, although rewarding opponents with either a +1/+1 counter, card draw, or creature tokens could have its setbacks.

The five founding dragons of Strixhaven University are scheduled to release digitally via MTG Arena and Magic Online on April 15. Commander players can pick up the cycle of Legendary dragons with the tabletop release on April 23.