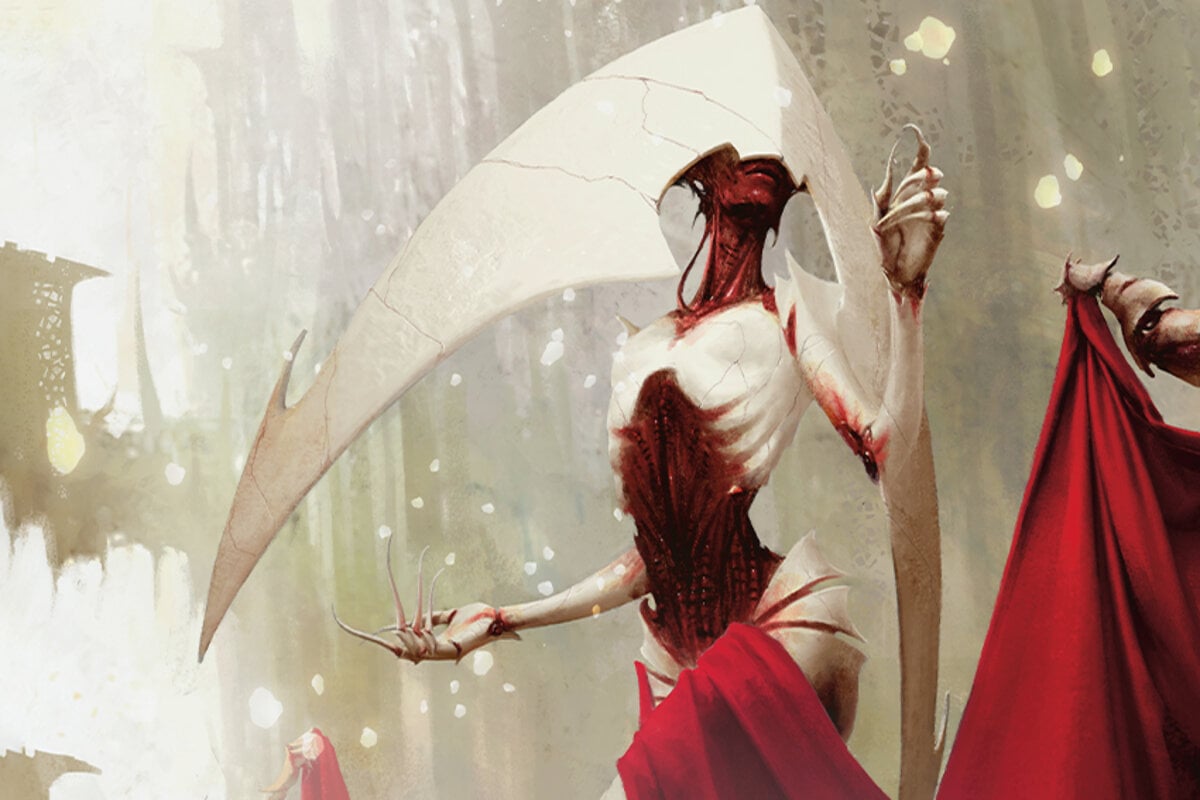 Wizards of the Coast released an unscheduled Magic: The Gathering story today featuring Elesh Norn and the planeswalker Ashiok, setting up future events that will directly relate to Elspeth Tirel.

Elesh Norn is a Phyrexian within the MTG multiverse, also known as the White-aligned Mother of Machines. Since the defeat of Nicol Bolas in War of the Spark, Phyrexians have been randomly showing up in MTG sets. Tamiyo, a Blue and Green planeswalker, was Compleated during the Kamigawa: Neon Dynasty story by Jin-Gitaxias, with the assistance of the MTG planeswalker Tezzeret. And Urabrask, the Red-aligned Praetor was featured in the Streets of New Capenna story, along with Tezzeret again.

Also featured in the New Capenna set as a planeswalker was Elspeth Tirel, seeking information about the Magic plane after being told by Ajani that it was her home. Elspeth happens to be one of the few mortals to ever escape the grasp of Elesh Norn, who is reminded of this disturbing fact by the nightmare planeswalker Ashiok in today’s Magic story, “A Garden of Flesh.”

Two more Standard-legal Magic sets are scheduled to release in 2022: Dominaria United and The Brothers War. It’s likely today’s story is starting to set up events that will take place during these sets, which could mean a new Elesh Norn Praetor card might be arriving in the near future.

A new Ashiok planeswalker card is also possible, with her most recently showing up in Theros Beyond Death. And with the destruction of Elspeth ingrained in the mechanical mind of Elesh Norn, it’s also possible that Elspeth Tirel might become the next Compleated planeswalker.

WotC has not announced any other new Magic stories at time of writing. Fans of the MTG multiverse lore can read today’s full story, “A Garden of Flesh,” here.