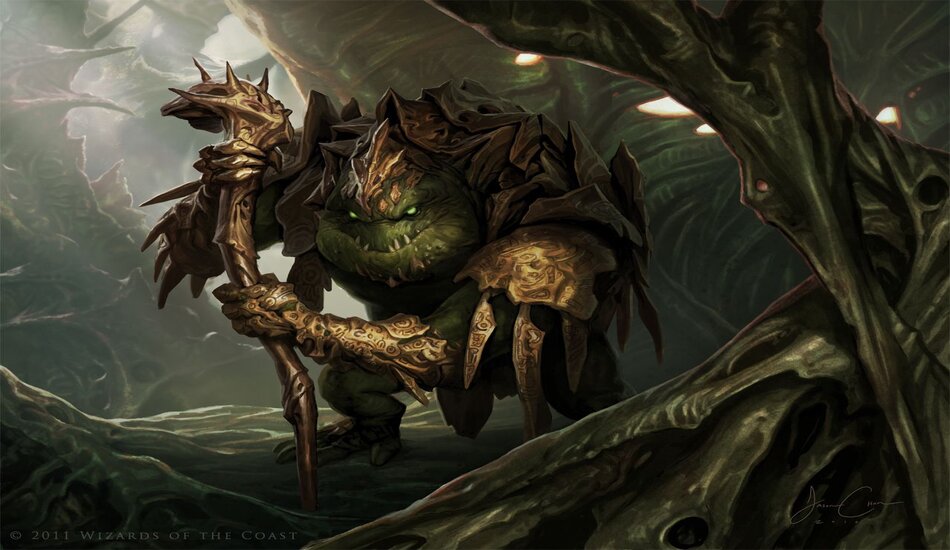 Mono-Green stompy might be on its final run in MTG Standard, but Golgari is making a return to the limelight with the new Throne of Eldraine spoiler, Feasting Troll King.

Without Llanowar Elves, Green decks are going to have a hard time ramping into those monstrous MTG creatures. And yet, the Throne of Eldraine (ELD) set is creating a new path for those beasts via Food tokens and resurrection from the graveyard.

Feasting Troll King is a 7/6 with trample and vigilance, essentially a replacement for Carnage Tyrant without the hexproof. Feasting Troll King, however, has an advantage over other green stompy beasts from the past.

When Feasting Troll King enters the battlefield from hand, it creates three Food tokens. Casting from hand isn’t easy due to its six mana cost (four green). Ramp still exists within Standard via Paradise Druid and Leafkin Druid, they’re just not a one-drop like Llanowar Elves was. 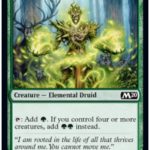 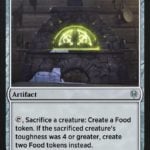 To create the ELD Food tokens, there’s Witch’s Oven (at the cost of sacrificing a creature) and Gilded Goose. There’s also Oko, Thief of Crowns if a player is using Paradise Druid as a mana dork and Gluttonous Troll.

Feasting Troll King isn’t a bomb or a guaranteed win condition, but there are options to make it work as an alternate win-con.

Throne of Eldraine is set to be released on Oct. 4 and via MTG Arena on Sept. 26.