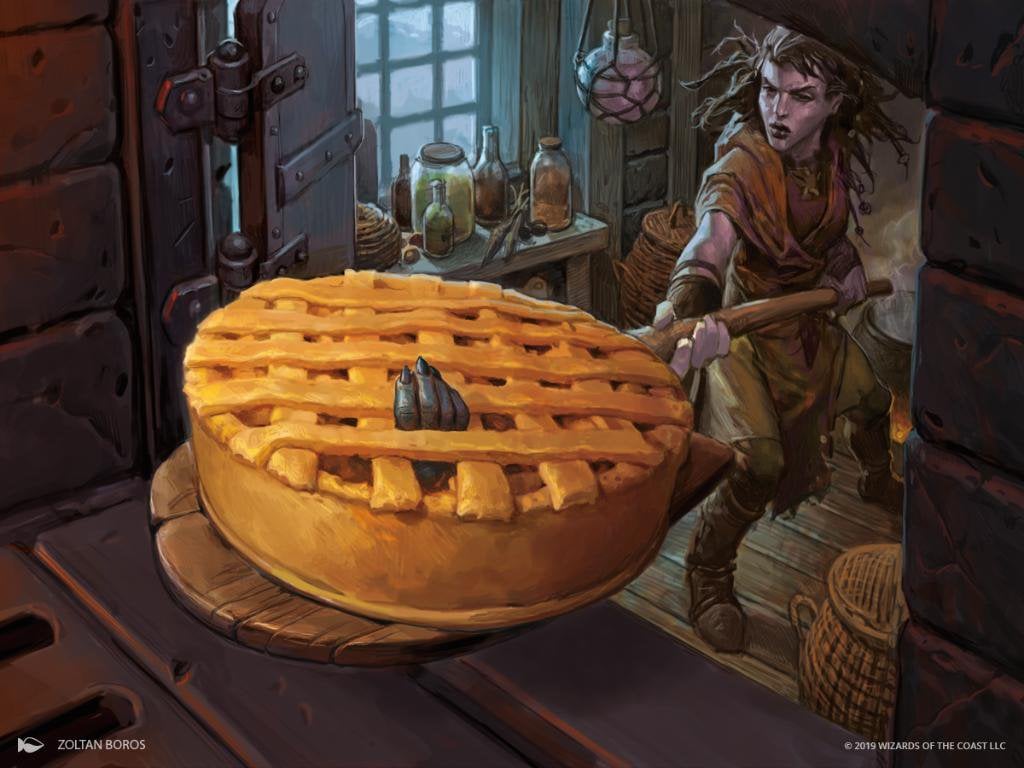 Throne of Eldraine (ELD) is about to drop for Magic: the Gathering players. One new card, a cheap artifact named Witch’s Oven, looks like a powerful value engine that has brewers’ minds racing.

Activated abilities with no mana cost often find ways to be game breaking. Even though this requires the Oven to tap and the sacrifice of a creature, there’s plenty of ways to abuse this effect.

Take for example, sacrificing a creature that’s going to die anyway—players can just turn it into Food. Is a Pacifism effect preventing your creature from doing anything? Voila, now its a crumb cake. Doing nothing in the late game? Turn an early-game blocker into a nice strudel.

Where Witch’s Oven really shines is in its synergy with other cards in the set. Here’s some examples: