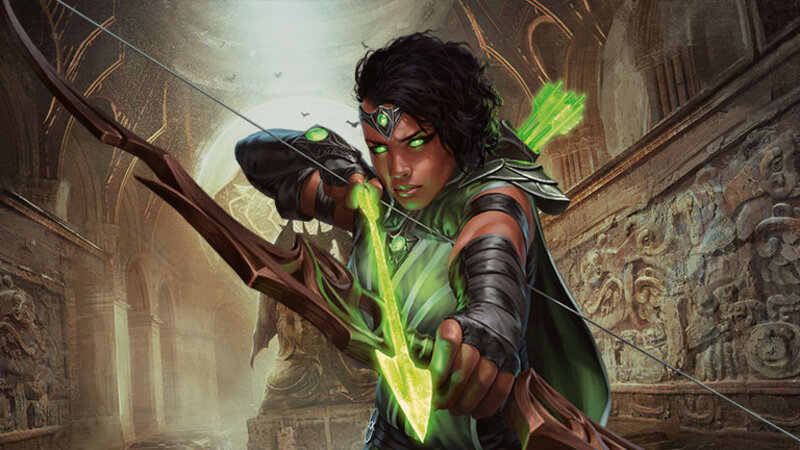 Rotation in Magic: The Gathering is just a few weeks away and with it comes the Throne of Eldraine set in Standard, along with a Savvy Hunter who sacrifices Food for card draw.

Drawing cards is great for tempo in MTG, but there’s more to it. It comes down to what a player can get out of a card that has cantrip (card draw), however. In the case of Savvy Hunter, there are two major benefits for trying to fit her into a Golgari or Sultai deck. 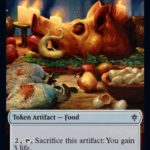 It’s still a little early in Throne of Eldraine spoiler season to be hyping the new Food mechanic, but there’s potential to be had. Food tokens produce three life points when sacrificed along with tapping two of any color mana. 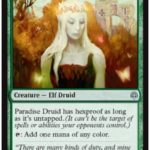 While the Food mechanic isn’t a sure thing in either Golgari or Sultai decks, there’s no arguing a three-drop with power and defense of 3/3. In dropping a Paradise Druid on turn two, a player has the freedom to play Savvy Hunter on turn three.

Savvy Hunter is able to attack and block via the three-drop spot, but she can also curve into Vivien, Arkbow Ranger. This comes in handy if a player needs to minus-three Vivien upon entering the battlefield to remove a threat.

The Throne of Eldraine set releases via MTG Arena on Sept. 26. Pre-release for ELD via tabletop is Sept. 29 to Sept. 29, with the official release launching on Oct. 4.