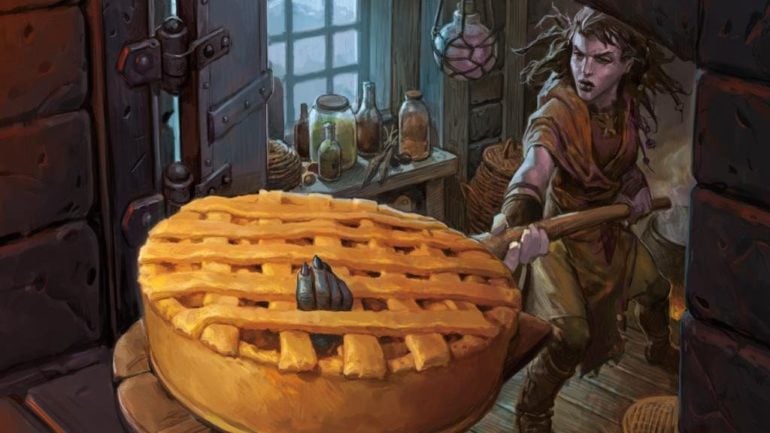 Throne of Eldraine is now in full-on spoiler season and that means there’s plenty of new mechanics and cards for Magic: The Gathering fans to sink their teeth into.

One of the new mechanics, Food, is a fun twist on alternative resources and it looks to deliver some value to your plate soon.

Food is a colorless artifact token with the ability to sacrifice itself and give you three life. Here’s what it looks like. 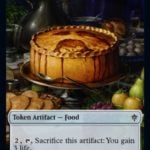 What you can actually do with Food is much more interesting.

To begin, cards that can make Food include some of the most powerful in the game. The new planeswalker, Oko, Thief of Crowns, has a simple Food generator as his most basic ability. Others like Gilded Goose enter the battlefield with a Food rider. Bake into a Pie turns a creature into Food, while Gluttonous Troll generates one Food for every opponent you have.

There’s also several payoffs for all that grueling Food-making work, including the ability just to use it to gain life. Gluttonous Troll, for example, can turn that Food into power for himself. Coupled with Trample, this creature could be a very powerful attacker, especially if you can get multiple Trollsnacks onto the table for him to munch on.

Savvy Hunter is another big payoff, but it’s unclear whether the card is just a Brawl pre-con deck card or something else. With an ability to transform your Food into card advantage, Savvy Hunter may be a huge player in Standard if the cards align.