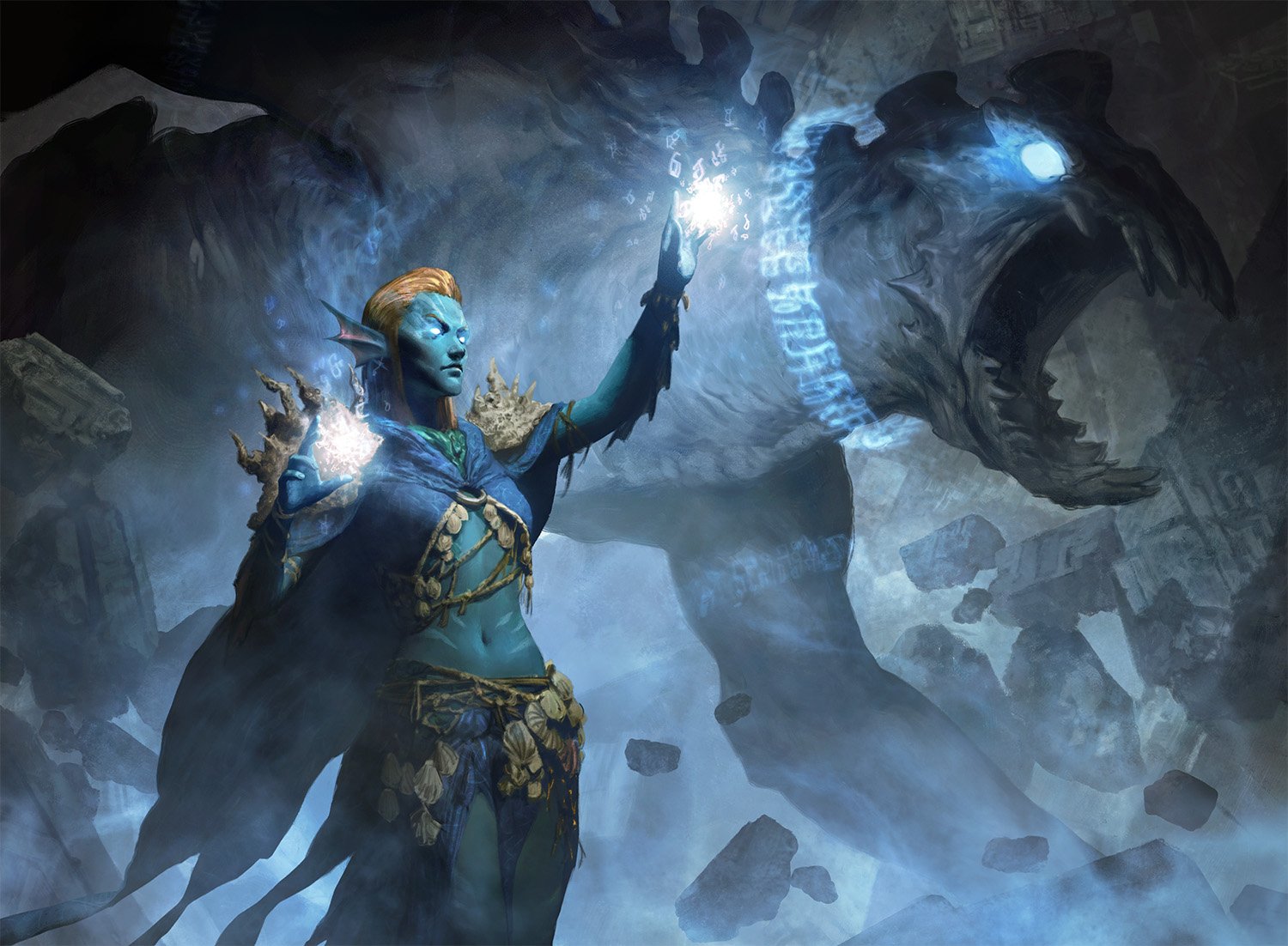 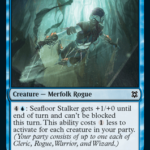 Zendikar Rising spoilers are out and it’s time to evaluate each card and prepare for pre-release or Arena Limited events. Blue is the color of control and mill. There are also strong synergies with party mechanics through the Rogue and Wizard creature types.

As usual, Blue is focused on controlling the early game until you have enough resources to cast big rare or mythic rare bombs. There’s also a mill theme within Blue, with many cards getting buffs when the opponent has eight or more cards in their graveyard.

In long games, Tazeem Roilmage could break parity with its kicker ability. It’s a fine creature but the real value comes in it getting your best spell from your graveyard.

Seafloor Stalker being a Rogue is certainly relevant. It can be a decent blocker against some aggro decks with a 2/3 statline. The real value comes from its five-mana activated ability. It gets cheaper for each member of your party. For usually two or three mana, the ability to swing in with a 3/3 unblockable creature is enough to slowly chip away at the opponent’s life and even win the game if left unchecked.

This wasn’t a bad card when it was Blink of an Eye in Dominaria. Bouncing a creature for two mana can provide a tempo advantage and it gets even better with kicker. Although it isn’t a flashy card, it’s a necessary addition to a Blue deck looking for some interaction.

The key to Expedition Diviner is having a Wizard on the battlefield with it. A 3/2 flying creature is already solid and demands some kind of answer. With another Wizard it draws you a card when your opponent does find an answer. It has solid stats and with a Wizard it’s even better.

Another example of a bad card becoming playable in Limited when it can be played as a land. If the opponent taps out for a threat, it can be countered. In situations where this is a dead card, you can just play it as land. The versatility of these cards is remarkable, even at the uncommon level.

A five-mana 4/4 flying creature is already playable. Most Blue decks should have a couple kicker spells which become a little better when Merfolk Falconer is on the battlefield.

In a mill deck, this is a must-include card. What makes this Mind Control effect solid is that it doesn’t have to be played in a mill deck. The format is already looking slow so the opponent having eight or more cards in their graveyard at some point in the game should happen. When it does, Lullmage’s Domination becomes a three-mana theft effect that takes your opponent’s one, two, or three drop. Not bad.

Ruin Crab is a key uncommon for the mill archetype. It’s a landfall mill engine for one mana on a 0/3 body. Landfall is a major keyword that received plenty of support in Zendikar Rising. This should be solid in a dedicated mill deck and a dedicated landfall deck.

This should find the instant or sorcery card you need. Looking six cards deep is nothing to scoff at. The biggest issue with this card is having to spend your entire turn three to cast this spell, which is slow against aggro decks. But in those matchups, you can just play it as a land.

Four mana is a lot but this could be a key creature in Rogue decks. The ability to tap a Rogue to make Sure-Footed Infiltrator unblockable is great. When the infiltrator deals combat damage to a player, you draw a card. In a deck with enough Rouge creatures, this could be a game-winning tempo engine.