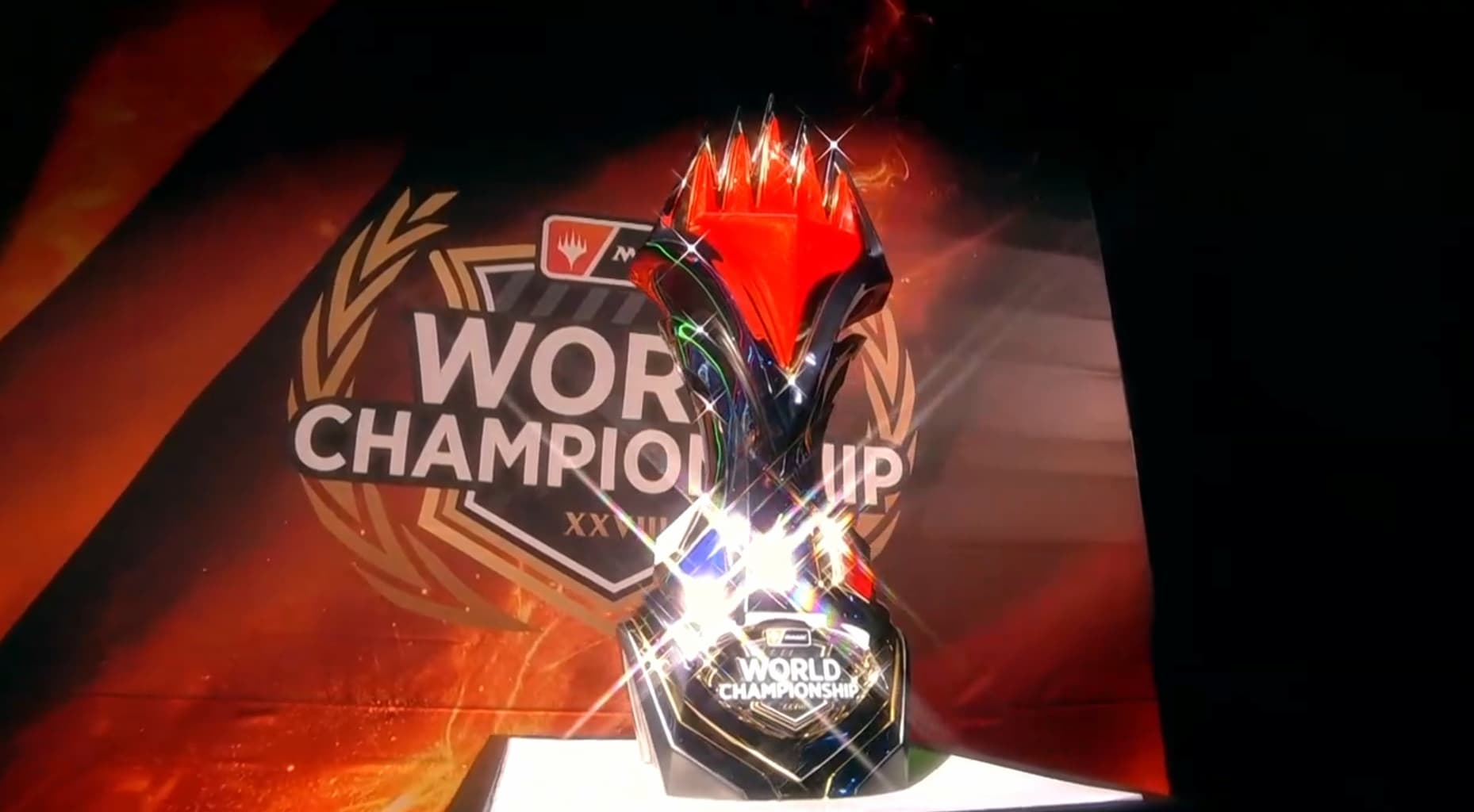 Multiple top-tier Magic: The Gathering decks were featured at the 2022 World Championship in both Standard and Explorer Constructed.

For the final time, the Magic World Championship was hosted on MTG Arena. The card game returns to tabletop for the 2022-2023 season, showcasing the first tabletop Pro Tour since 2018 in Feb. As a tribute to MTG Arena, WotC included the newest digital format Explorer at Magic Worlds in conjunction with Dominaria United Draft and Standard Constructed.

Mono-Blue Spirits wasn’t the most popular deck locked into for Explorer Constructed but it was the best, following results from day two at the Magic World Championship.

Temur Transmogrigy was another deck that emerged within the Explorer meta, with only four players locking it in. And Abzan Greasefang was strong under the control of former World Champion Yuta Takahashi.

Esper Midrange was the most popular deck brought to the Standard Constructed format. And the deck played well, especially when piloted by Eli Kassis. But there were several off-meta decks that were brought to Magic Worlds too. Mono-Blue and Izzet Tempo were the hype of day one, along with Nathan Steuer’s Grixis Midrange deck.

Heading into Magic Worlds, WotC banned The Meathook Massacre. The ban was intended to reduce the strength of Mono-Black and BR builds. And it did for the most part while opening the door for Esper Midrange to thrive. Almost 70 percent of the Magic World Championship locked in Esper Midrange as their Standard Constructed deck.

The Esper Midrange deck played fine. But the real story from MTG Worlds was Nathan Steuer sharing first place with Julian Wellman at the end of day one. And it was Grixis Midrange, Steurer’s Standard Constructed deck, that won him the 2022 Championship title.

Only five MTG Worlds players brought Mono-Blue Spirits as their deck for the Explorer Constructed format. The most popular decks were Abzan Greasfang and Rakdos Sacrifice. And Mono-Blue Spirits was designed to defeat them both, along with Temur Transmogrify.

The Mono-Blue deck propelled Kassis and Tóth into the top four at MTG Worlds, while almost getting Jim Davis there too. Karl Sarap also earned a top-four with Temur Transmogrify. And the former World Champion, Takahashi, showed the world how to pilot Abzan Greasefang.