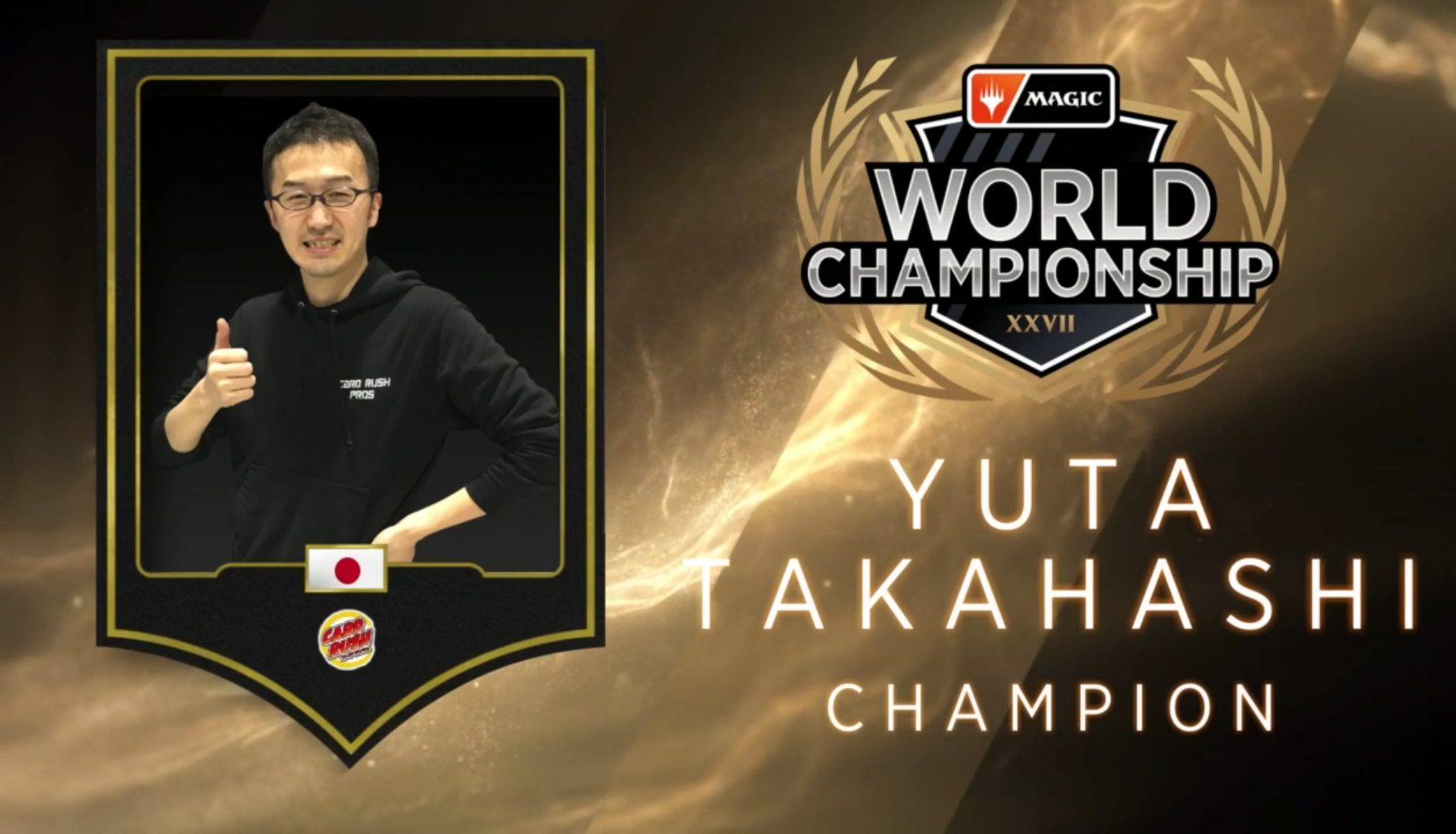 Yuta Takahashi became the new Magic: The Gathering world champion after he defeated Jean-Emmanuel Depraz in the finals of the Magic World Championship XXVII.

The victory earned Takahashi $70,000, the world championship, and his likeness on a future Magic card. Depraz came in second, taking home $40,000. These prizes are on top of the $50,000 appearance fee each player earned by playing in the World Championship XXVII.

The tournament didn’t start out too well for the champion. He opened the competition 0-3 during the day-one Draft rounds. Once Standard began, however, Takahashi became unbeatable. From round four to the finals, Takahashi won 10 straight matches on his way to becoming the world champion.

In the upper bracket, Takahashi defeated Depraz 2-0 in the first round. He went on to defeat Jan Merkel in a 2-1 series. Both matches showcased the speed and resilience of Takahashi’s Izzet Dragons build.

In the finals, Takahashi seemed to have the upper hand throughout the series. Depraz took the first game of the second match, but each post-sideboard game was heavily in Takahashi’s favor.

The disruption suite of Burning Hands, Dragon’s Fire, and Divide by Zero helped Takahashi prevent Depraz from developing an overwhelming board state.

In the waning moments of the final match, Takahashi was playing around any potential out. Once the victory was secured, Takahashi took a brief moment for the gravity of the moment to truly set in. He’d just become the world champion.

Depraz’s journey through the lower bracket saw him face the number-one-seeded Ondrej Strasky in a close 2-0 series. Strasky hit an incredible top deck to potentially save him in game two, getting a Spikefield Hazard off a Divide by Zero.

This was an auspicious play that couldn’t reverse his fortunes. Depraz rebuilt his battlefield and secured a lethal attack.

Depraz then went on to face Jan Merkel and his Grixis Epiphany strategy. The game came down to the pressure Depraz could create Esika’sika’s Chariot and Goldspan Dragon. Merkel spent much of the set on the back foot and Depraz took the series 2-1. This set up the rematch against Takahashi in the finals.

The final four consisted of all U/R decks across four variants. Despite Mono-Green Aggro and Mono-White Aggro putting up strong performances in other tournaments leading up to the event, the lists centered around Goldspan DragoAlrund’sund’s Epiphany proved to be the strongest.

Coming into the World Championship, many top players were down on Goldspan Dragon as a primary main deck threat. This led to much of the field not running effective answers to the five-mana hasty Dragon.

The finals came down to two decks running a playset of Goldspan Dragon in the main deck. Temur Treasures and Izzet Dragons both put a significant amount of pressure on the slower, less Creature-focused Epiphany builds.

Magic Esports returns on Oct. 30 with the 2021 Magic Online Champions Showcase Season 2. That event is followed by the Innistrad set championship on Dec. 3 to 5.