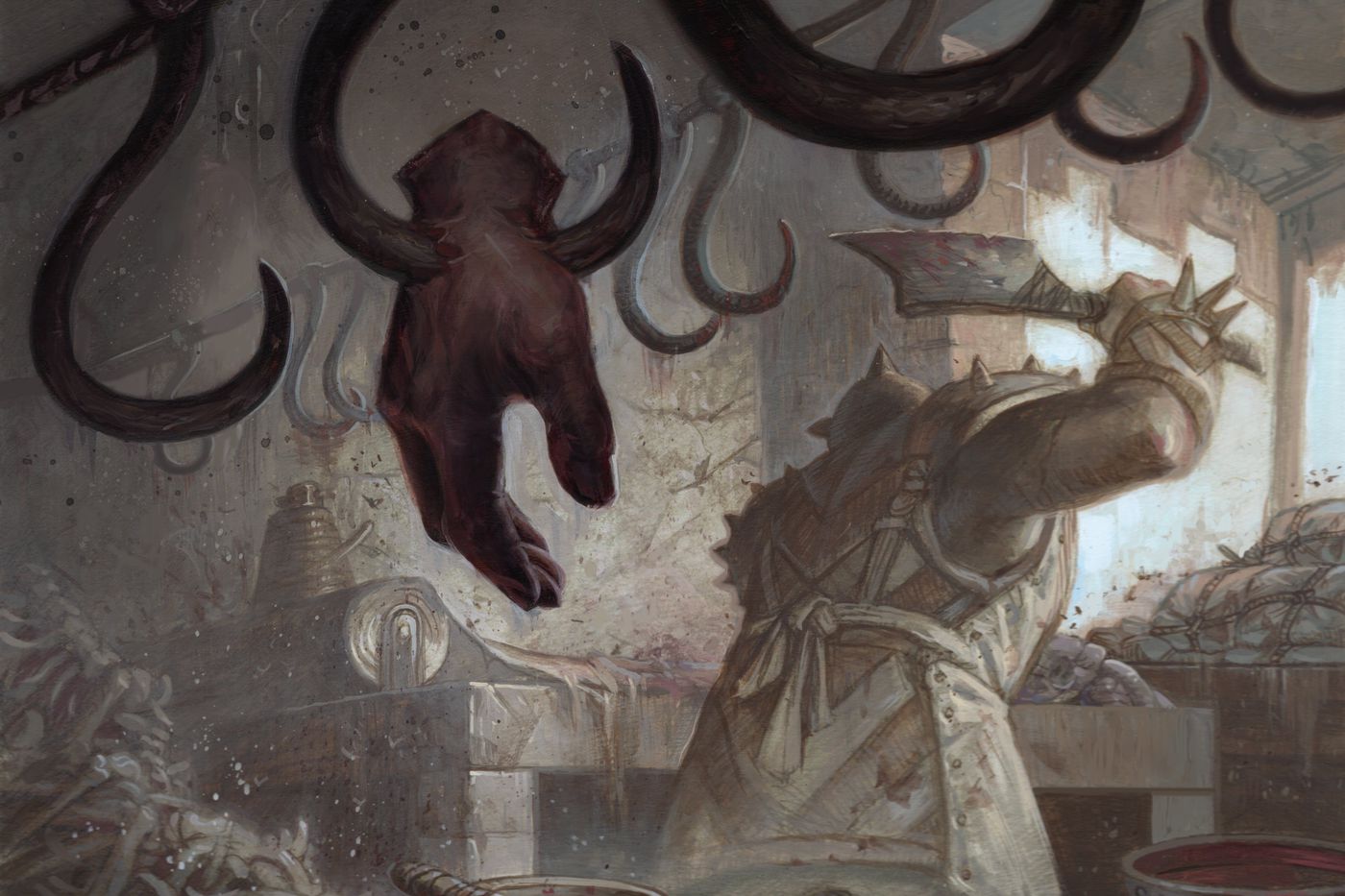 Wizards of the Coast dropped a Magic: The Gathering Banned and Restricted announcement today, removing The Meathook Massacre and Yorion, Sky Nomad from the Standard and Modern formats.

Slated to go into effect on Oct. 13 through MTG Arena, The Meathook Massacre will no longer plague the Standard meta. Reigning as the best wrath in Standard and fueling Mono-Black decks for months, the legendary Enchantment was booted from the Standard format in today’s MTG Banned and Restricted announcement.

Prior to the 2022 Standard rotation, The Meathook Massacre was the foundation of most Mono-Black builds and multicolor decks using Black that wanted a wrath for drain and gain synergies. Having a mana cost of only two mana, the legendary Enchantment was flexible and powerful, preventing many archetypes from reaching top-tier status on the MTG Arena Ranked ladder.

“Ultimately, we decided that banning The Meathook Massacre was the best choice, as it’s one of the most powerful black cards in the format, is especially powerful against specific archetypes (decks relying on a lot of small creatures), and has had its time to shine in Standard for over a year,” principal game designer Ian Duke said.

Joining The Meathook Massacre is Yorion, Sky Nomad, which is getting removed from the Modern format.

The Modern format has been healthy since the last MTG Banned and Restricted announcement, according to Duke. But the team decided to ban Yorion, Sky Nomad as tabletop Magic regains its strength following the pandemic and players continued to express issues with the four-color Omnath decks the legendary bird was typically played in.

“It’s important that the net player experience playing with the top decks is a fun one, and while we’re okay with such decks existing, it can make the format less enjoyable when these patterns are associated with one of the strongest decks over a long period of time,” Duke said.