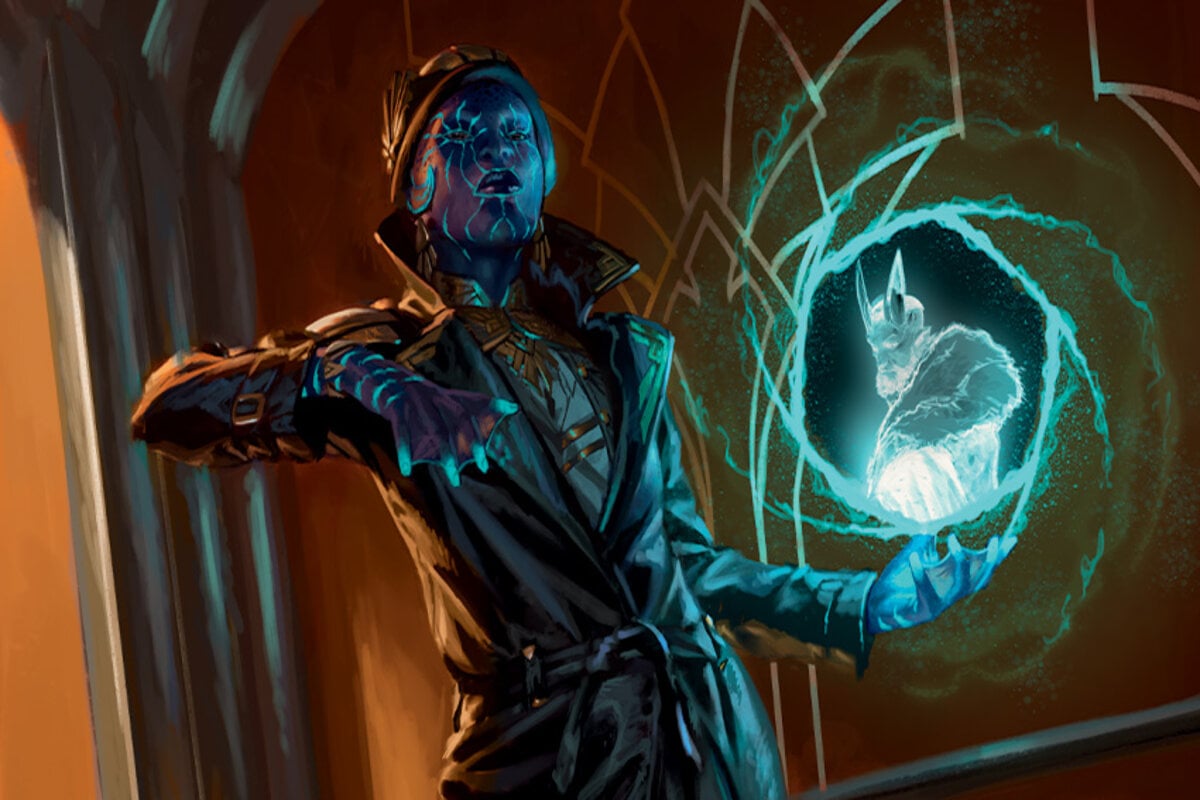 The month of April for Magic: The Gathering Arena is packed with the Standard-legal set release of Streets of New Capenna, along with events, balance changes, a new Ranked season, and more.

A new Ranked season will take place in April via MTG Arena, while information regarding the new 2022-2023 Premier Play system for digital players is also expected to drop this month. Scheduled to release on April 7 are the new Alchemy and Historic format balance changes, along with pre-order bundle sales for the upcoming Standard-legal set, Streets of New Capenna (SNC). That set is scheduled to release digitally on April 27.

New bundles and MTG Arena packs are live for Alchemy and Standard. Players can customize decks via sleeves, avatars, and pets, starting April 7. And, a number of events are scheduled to take place in April, from free-to-play to high-level competitive tournaments with entry fees.

Here’s everything taking place in MTG Arena during the month of April, according to WotC. Updates will take place throughout the month.

Pre-order bundles for SNC will become available via the MTG Arena store on April 7. There are two bundles, each priced at $49.99: the Ob Nixilis play bundle and the Elspeth pack bundle.

Scheduled to go live on April 7, a total of 26 balance changes will take place within the Alchemy and Historic formats. It was originally 25 changes, with WotC adding a last-minute change to Blood Artist on April 6. The adjustment is more a quality of life change than a nerf or buff, changing the text to read “target opponent” as opposed to “target player.”

A visual bug within the Try the Latest Changes was confirmed by WotC. For players who import a deck from the deck builder into the event with cards that aren’t owned by that player, the cards will appear as if they are missing. It is only a visual bug and shouldn’t affect playing the deck within the event.

The month of April is packed with MTG Arena events, from the Tinkerer’s Cube to the Arena Open. WotC is also testing out entry fees for events that contain older sets. In the month of April, players can participate in the Sealed Ravnica Mixer by paying an entry fee via gold or gems. It has previously only been only gems for Sealed events. The gold entry fee for the Sealed Ravnica Mixer is 12,000.

Running from April 15 to 28 is the MTG Arena Tinkerere’s Cube event. Players will Draft three 14-card packs within either best-of-one or best-of-three matches. The Cube tournament is a phantom event, meaning all cards drafted will not get added to a player’s library. Rewards that are offered are individual card rewards. And there is an entry fee of 4,000 gold or 600 gems. A breakdown of the rewards for the MTG Arena Tinkerer’s Cube event can be found here.

All MTG Arena Midweek Magic events start on Tuesdays at 10am CT and run until Friday at 1am CT.

Quick Draft events are within the MTG Arena Limited format, with players drafting against a bot. An entry fee of either 750 gems or 5,000 gold is required to compete within a Quick Draft.

The Ranked season for the month of April within MTG Arena will run from March 31 to April 30.