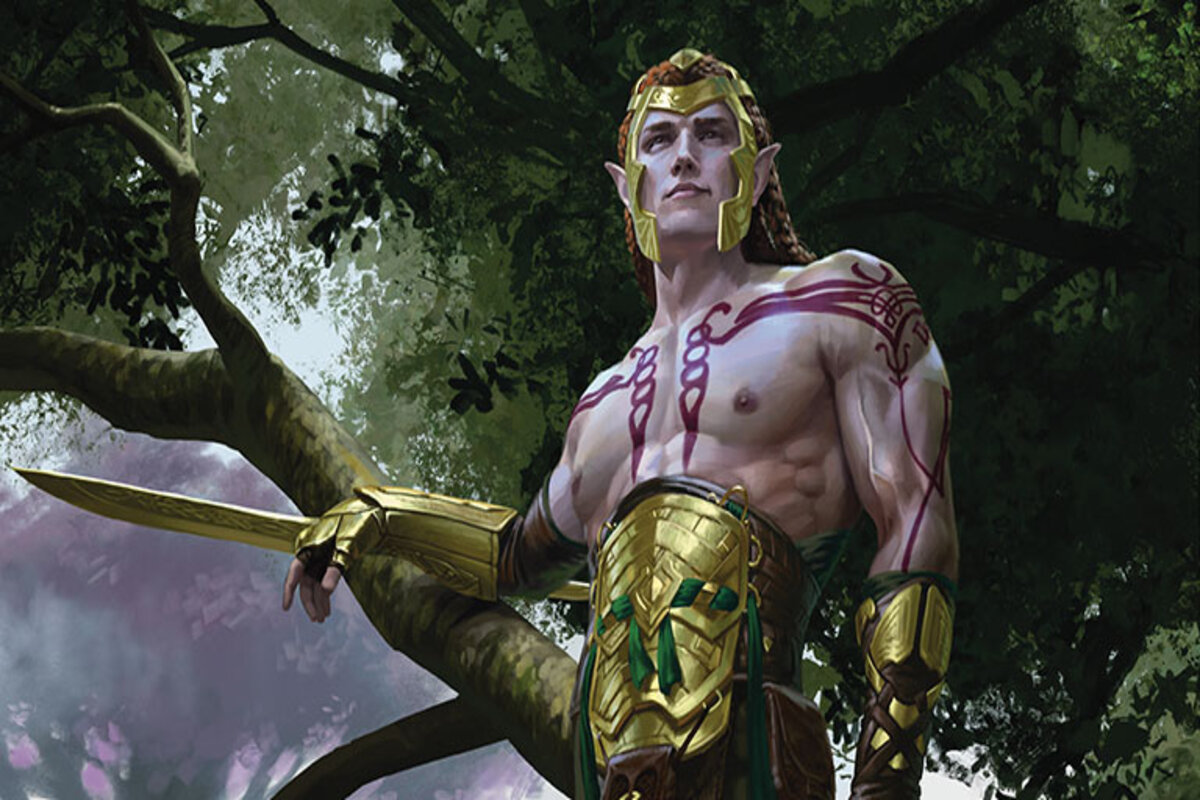 A total of 25 Magic: The Gathering cards within the MTG Arena formats Alchemy and Historic will receive a balance change in April, focusing on elven and warrior tribal-themed archetypes.

The April 7 Alchemy rebalance patch will instead focus on elven and warrior tribal themes that never succeeded within Standard Constructed play, similar to the January rebalance patch that targeted underperforming Dungeons & Dragons: Adventures in the Forgotten Realms Venture into the dungeon themed cards. In addition to the elven and warrior tribal-theme buffs, three individual cards will also receive balance changes: Symmetry Sage, Spell Satchel, and Base Camp.

Here’s every Alchemy and Historic rebalance change taking place within MTG Arena on April 7, according to WotC.

A total of 11 KHM elven tribal-themed cards and one AFR elf are getting buffed to improve the archetype within the Alchemy and Historic Constructed formats.

A total of 10 warrior tribal-themed cards will be adjusted with the goal of improving warrior/Equipment decks within the Alchemy and Historic MTG Arena formats.

A total of three individual cards will be rebalanced in the April 7 Alchemy update.