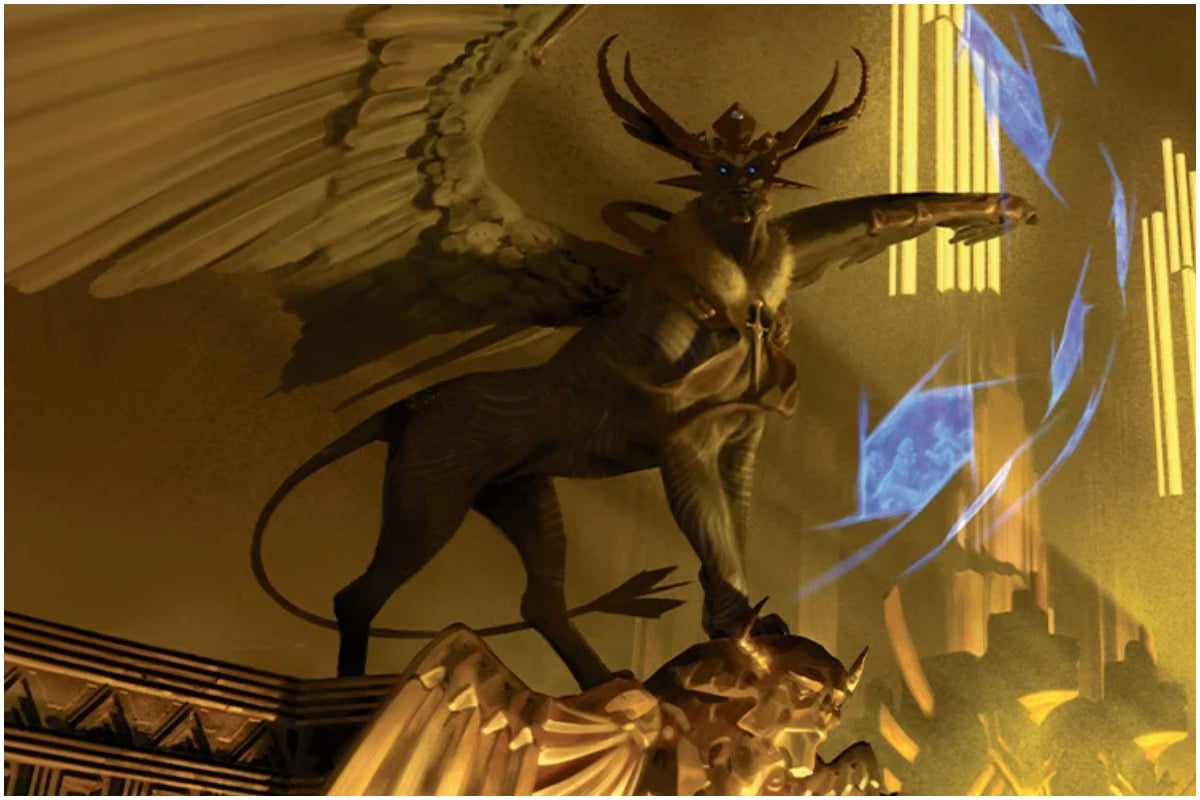 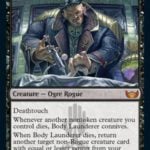 Magic: The Gathering’s new set Streets of New Capenna is the first three-color set since Ikoria: Lair of Behemoths in May 2020.

With a three-color set comes great mana fixing in the form of a tri-color land cycle and a handful of common options for budget deck builders. There are plenty of multi-colored spells that support primarily three-color strategies. Like Ikoria, players should expect New Capenna to help three and four-color archetypes thrive.

Outside of the cycle of rare lands, there are several cards that are set to have an impact on Standard in the days and weeks following the set. These early power cards will set the tone for the format going forward. Strategies will need to find answers and early all-star decks must react to everyone’s adjustments.

With Dominaria United not coming out until September 2022, New Capenna is the last influx of cards into Standard for four months.

It’s an exciting time in Magic and it’s important to be ready for what cards will populate Standard on day one. Here are 11 cards that will shake up Standard from New Capenna.

This is the best card in the set based on early impressions. Ob Nixilis, The Adversary is a powerhouse Planeswalker that will almost always enter with a token copy. It attacks the opponent’s hand and creates tokens. To deal with Ob Nixilis on the battlefield it’ll require two answers for each token copy.

Any R/B sacrifice strategy will play four copies of Ob Nixilis. There’s a possibility that decks will splash in order to play it permitting they can consistently generate Creatures to sacrifice to activate Casualty. As far as three-mana Planeswalkers go, Ob Nixilis is about as good as it gets without being ban-worthy.

Body Launderer is another piece that sacrifice decks will love. It’s a 3/3 deathtouch Creature so it will impact the battlefield off stats alone. Whenever a nontoken Creature you control dies, Body Launderer connives. This means that over the course of the game if left unchecked, this 3/3 will continue to grow and draw you cards. 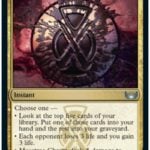 All of the charms are excellent cards. The versatility they provide for just three-mana is strong for three-color decks. With the tri-color lands entering Standard from New Capenna, the mana base in the format is good enough to comfortably support three-color decks.

What makes the charms strong is that they can be useful at any point in the game. They provide narrow abilities that normally wouldn’t make it into the main deck like Brokers Charm destroying an enchantment. Every charm, however, has an ability that’s generically useful like card draw or removal. They’re rarely dead cards in hand.

When looking at cards that will shake up Standard, all five charms are set to do just that.

Workshop Warchief is a bomb when it enters the battlefield. Similar to Thragtusk, every part of this card is strong and affects the game in multiple ways. When this 5/3 trample Creature enters the battlefield you gain three life. This is a good way to stabilize against aggressive decks that attack your life total.

When it does, you create a 4/4 Creature token. Whenever this trades off in battle you come out with a large Creature in the trade. If an opponent uses a removal spell on Workshop Warchief it replaces itself.

For six mana you can cast Workshop Warchief with Blitz. This is an effective way to get a quick, one-turn burst of value. It enters, gains life, attacks, then leaves you with a 4/4 Creature. Expect most Green midrange strategies to run Workshop Warchief.

Angels was already a fringe Standard deck before New Capenna. The Creature-based archetype attacks with big flying threats that all help each other in some way. It hasn’t been a consistent deck, but with the right start, it’s overwhelmingly explosive.

Giada, Font of Hope is the perfect card to tie the archetype together and bring it out of fringe status. This two-mana 2/2 is a decent early play that helps ramp into the more expensive Angels. Each Angel also enters with a +1/+1 counter for each Angel you already control. Giada helps an already snowball archetype run opponents over even quicker.

If Giada enters the battlefield on turn two, it must be destroyed or the opponent is put under a two or three turn clock when facing down an army of beefy flyers.

Void Rend is a control-mirror all-star and is excellent in other matchups. This three-mana removal spell destroys any nonland permanent. Notably, it can’t be countered.

Control decks will use Void Rend as a way to deal with threats presented by other control lists. It’s also cheap enough that it’ll be a flexible option against midrange and aggro strategies without losing much tempo.

It’s not fancy, but Void Rend gets the job done.

The leader of the Obscura is a stout Creature in the air. For three mana, you’re getting a 1/4 flying Creature with Ward 1. Raffine is hard to kill and hard to attack into. The triggered ability is also great in a dedicated U/W/B Creature deck, probably built around other flying Creatures.

Raffine’s ability triggers when Creatures attack. This means that Raffine doesn’t need to attack to generate value. If one Creature attacks, it connives one, but that number can be higher based on the number of attacking Creatures.

Raffine is a powerful way to churn through your deck and find key spells while also making Creatures already on the battlefield better through Connive.