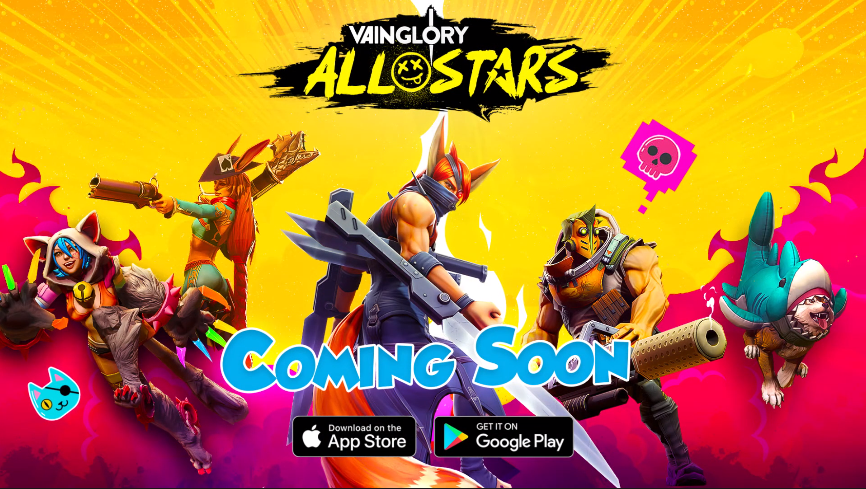 Vainglory All Stars, a three-vs-three action brawler set in the Vainglory universe, will launch on Android and iOS devices this spring.

The game looks similar to Supercell’s Brawl Stars and uses a joystick to control the brawlers. According to the short gameplay footage, every brawler had an auto-attack including an ability to deal damage to enemies.

With Brawl Stars launching a global esports tournament called the Brawl Stars Championship 2020, the question remains if Bazooka Tango would push Vainglory All Stars in that direction as well.

Daly was the founding CEO of Super Evil Mega Corp (SEMC), which developed Vainglory. At its peak, Vainglory esports had teams from renowned organizations such as Team Solomid (TSM), Cloud9, G2 Esports, and more.

While Daly would love to see Vainglory All Stars evolve more in the esports space, he said that they would only push it in that direction if the community wants to.

“Being so close to esports for so many years, we definitely believe defining your game as an esport early is just a recipe for failure. Players don’t care if you say it is one. But if you build a great game, allow players to partner up and compete, they’re going to find a way to formalize that.”

Bazooka Tango also announced it received $2.5 million in funding led by BITKRAFT Esports Ventures. BITKRAFT was founded in 2017 by Jens Hilgers, the founder of ESL and the co-founder and chairman of G2 Esports.

With this, Daly also said that most of Bazooka Tango’s games “will tread around the esport space but the players will ultimately decide that.”