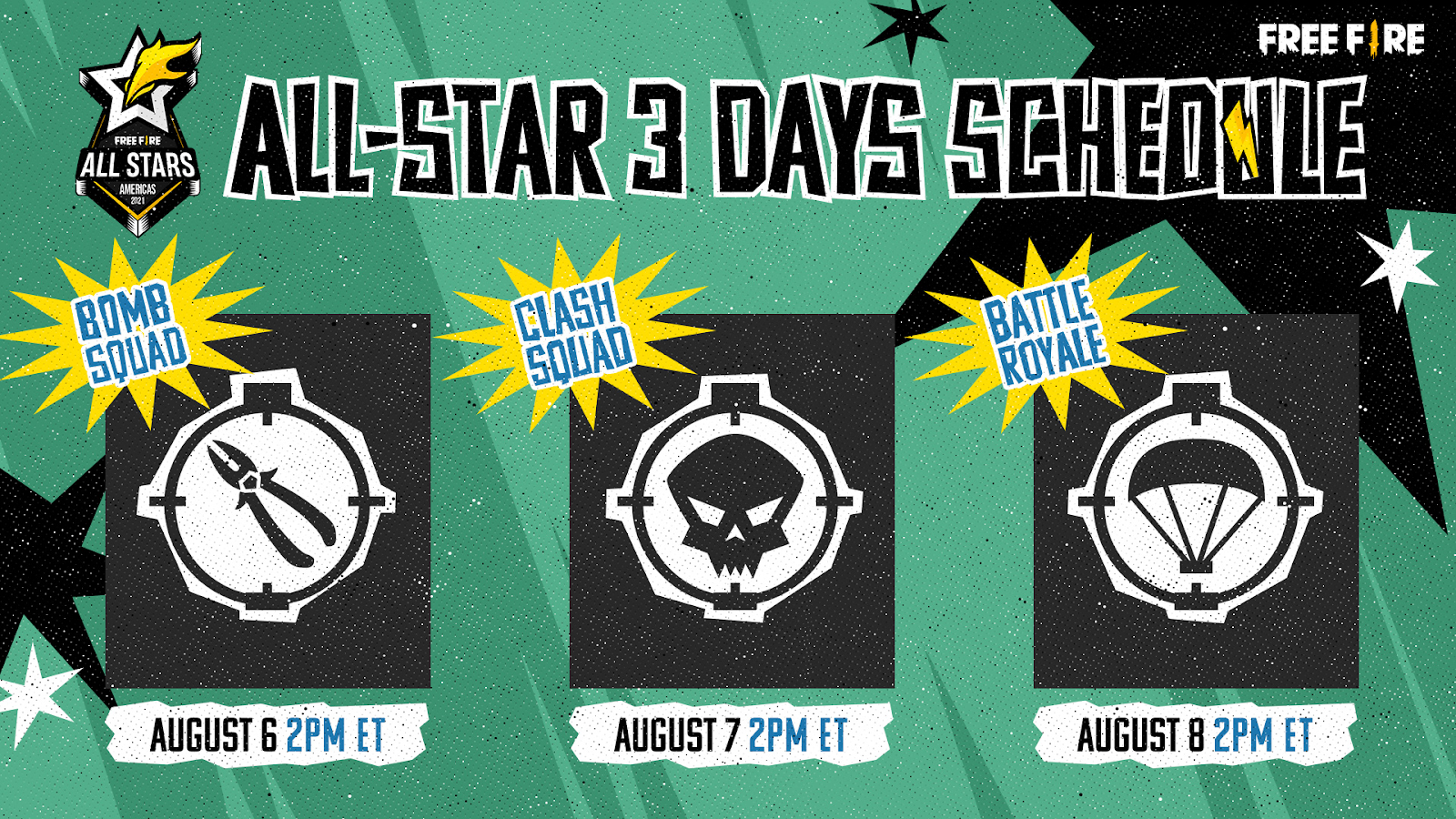 The Free Fire All Stars (FFAS) is an annual event that gathers battle royale influencers and popular players. The 2021 edition was announced in June and will happen online in three separate regional events: Asia, Americas and EMEA (Europe, Middle East and Africa). The competition is organized by Garena to celebrate the community by bringing their favorite Free Fire personalities in a casual and fun event.

The FFAS 2021 was the first time that contestants will battle in different modes: Bomb Squad, Clash Squad and Battle Royale. The winning team for each day takes home a $10,000 prize. The Americas event will happen from Aug. 6 to Aug. 8 and will feature players and influencers from Brazil, LATAM and North America. The tournament will be streamed live with local commentary starting at 1pm CT.

On Aug. 6, eight teams will battle in Bomb Squad in a single elimination format. The top team in the quarterfinals and semifinals best-of-three match will proceed to the next round. The finals will be played in a best-of-five.

Aug. 7 is Clash Squad day, when eight teams will battle in the same format as the day before. On Aug. 8, the FFAS 2021 Americas finale will gather 12 teams in Battle Royale mode across three maps: Bermuda, Kalahari, and Purgatory. Squads will compete in a best-of-six format, playing twice in each map.

The teams are named after traditional foods from each region. Brazil will be represented by Tapioca, Pudim, Pastel, Chimarrão, Açaí and Acarajé. North America has teams Hot Dog and Burguer. Finally, LATAM will compete with four squads: Alfajor, Asado, Taco and Sancocho.

All lineups are being posted on Free Fire’s official social media pages.