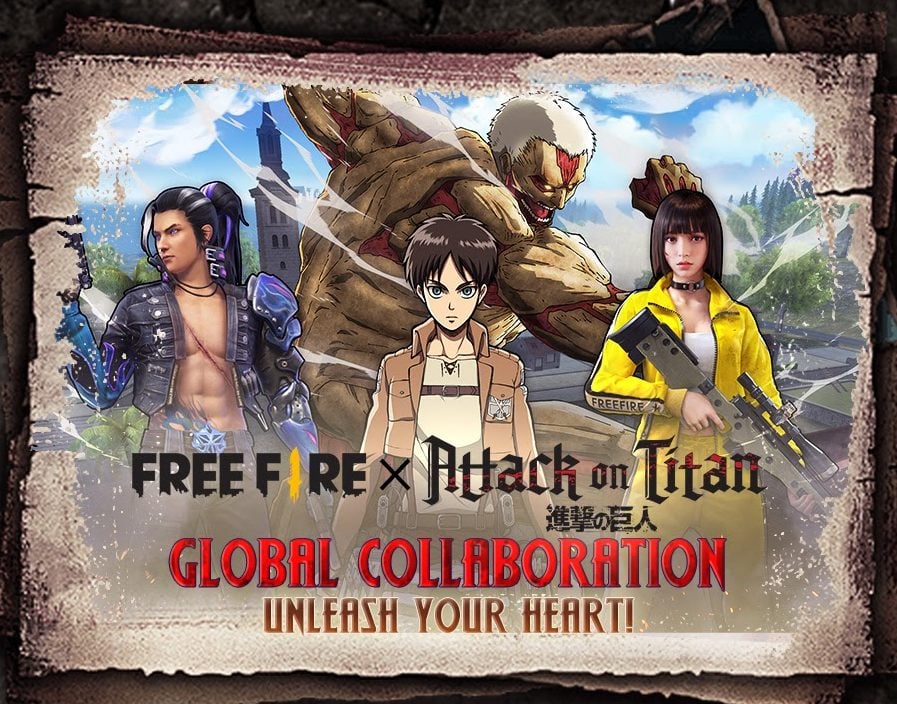 Announced back in the beginning of February, Free Fire’s Attack on Titan crossover is now live in the game. Players have until April to enjoy exclusive content from the Japanese manga series, such as new costumes, weapon skins, event reskins and a new game mode.

Attack on Titan fans will be able to battle in Free Fire with several fashion items like the iconic uniform of the Survey Corps, which will have the division’s Wings of Freedom insignia on both male and female jackets. Players can also choose to battle in Armored and Attack Titan costumes, two of the most popular Titans in the series. New Attack on Titan crossover gun skins are also available for the P90 and M1014.

A host of features and easter eggs will make players feel like they are immersed in the grim world of the Japanese manga series. This means reskins of Free Fire’s most popular elements, such as airdrop boxes and airplanes.

Finally, a new game mode was made specially for this crossover, available on March 27 to mark the peak day of the Attack on Titan and Free Fire collab. More details are going to be released on Free Fire’s social media in the following weeks.