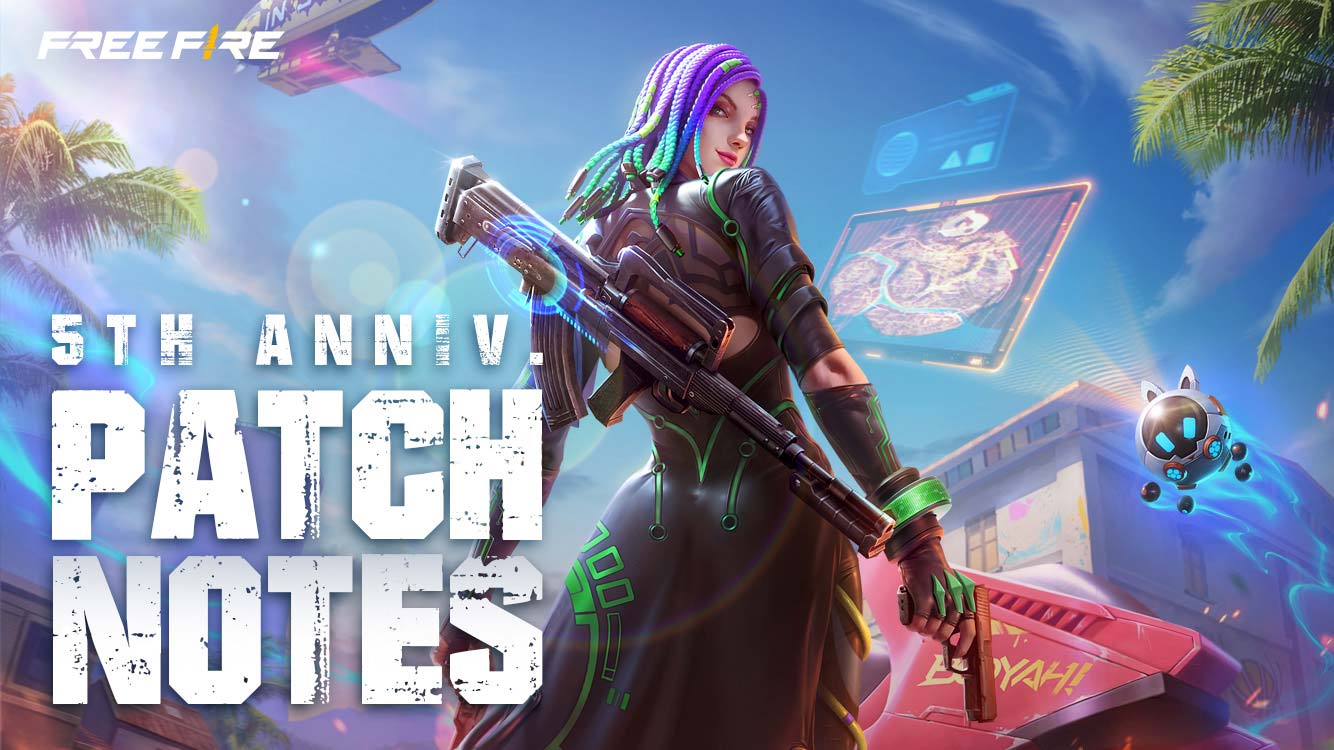 Free Fire is celebrating its fifth anniversary with exciting news, such as Justin Bieber’s in-game performance and an updated UI that incorporates the new logo and brand design. The patch notes of the update also lay out character skill reworks and adjustments, a new weapon, and changes in gameplay.

The updated Free Fire UI comes right after Garena announced the rebranding of the battle royale’s visual design. New trendy and energetic designs were introduced, while other pages such as mode selection and missions received an interface layout upgrade with different displays and new features.

Miguel was the character who received the major skill rework in this update. His Crazy Slayer skill can be triggered by knocking down enemies, instead of eliminating them like it was before. This will help players pair the skill with other recovery skills in order to spend more time in the fight. Other adjustments were made to Andrew’s armor durability protection, Hayato’s armor penetration, Antonio’s extra HP, Nikita’s skill damage, and Joseph’s movement speed.

The Free Fire fifth anniversary celebrations also brought a new item to Clash Squad mode. The Super Med is available in the airdrop and takes four seconds to consume, restoring 200 HP. Clash Squad also got some new buffs to make it more exciting for players, who can also see different displays on the scoreboard.

The Battle Royale mode was not left out of the update patch notes and has now enhanced war chests, which can now be refreshed by FF coins as many times a player wants. The Safe Zone was also adjusted to make the final one even more random.

Players also have a new weapon to improve their battle skills. The Bizon is an SMG with a high rate of fire but low accuracy, meaning it is a great option for close combat. Other weapons were also adjusted in this update, such as Scar, G36, UMP, M24, and others.

Free Fire fans are set to have even more fun with the gameplay updates, like the Gloo Wall Smart Throw to speed the process of placing the barrier and three new in-game command wheels to make navigations more smooth.

All details of the fifth anniversary patch notes are available on the official dev blog.