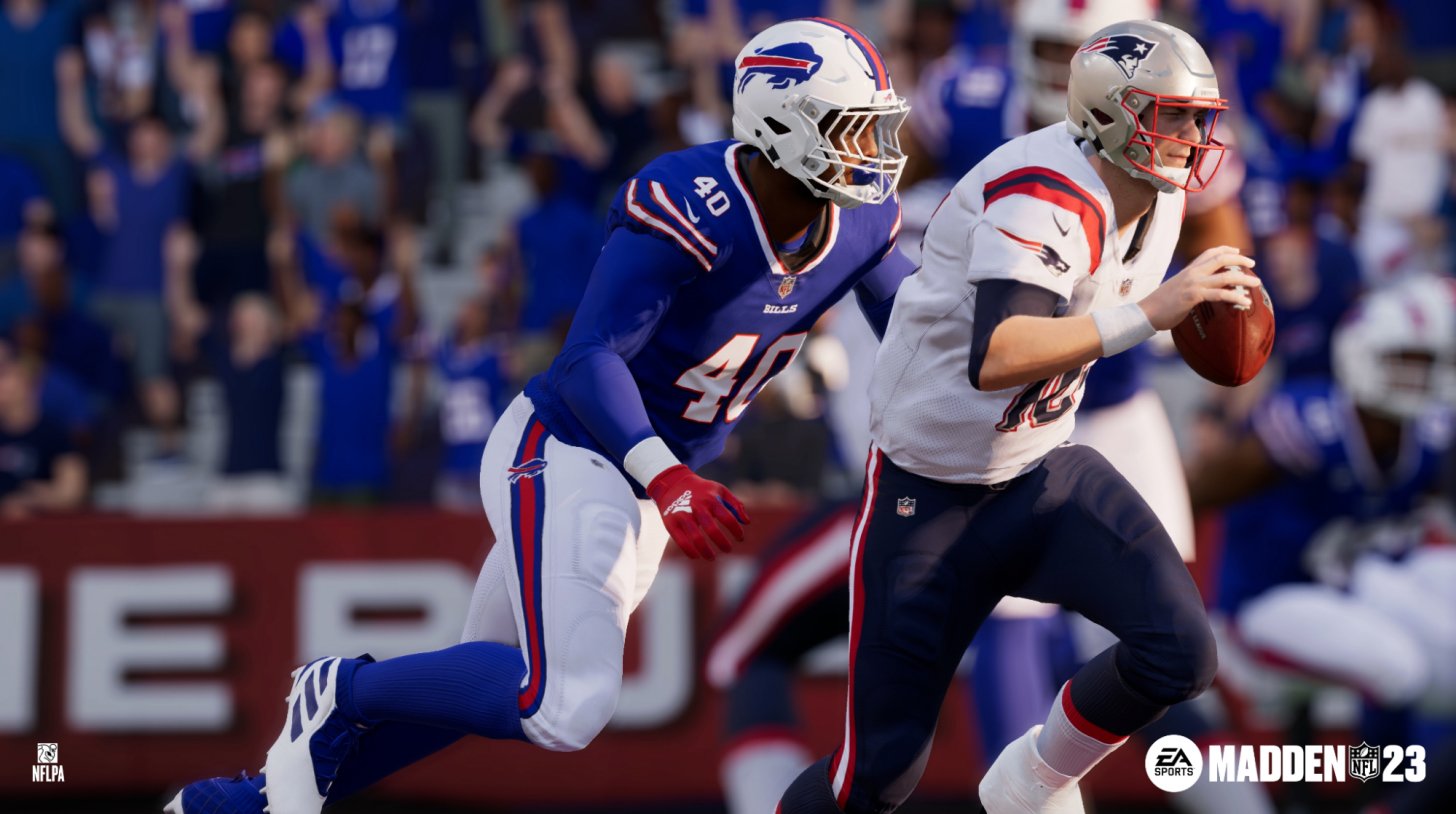 There are certain mechanics that have become a staple of the Madden franchise. The spin move, juke, and celebration dances are some of the more prominent mechanics that fans of the virtual football game have adored for years.

One underrated feature that’s in every modern Madden title is the hurdle.

A hurdle is essentially a jump players can use in a couple of different ways in Madden 23. The most common way to use the hurdle is to jump over a defender that is trying to tackle your player with the ball. While the hurdle doesn’t always work out in your favor during this situation, it’s always a neat move to try and pull off.

Hurdles can also be used to trick a defender into thinking you’re going one way, but then you turn around and go the opposite way to get around them with ease.

How to hurdle in Madden 23

Regardless of what you’re trying to use the hurdle for in Madden 23, you’re going to need to know how to perform it. The process of hurdling is quite simple, as all it requires is for players to press Triangle on PlayStation or Y on Xbox. Players need to ensure they have the ball in their hands for a hurdle to work. It’s also important to remember that you can’t hurdle while controlling the quarterback behind the line of scrimmage.

If you’re not controlling the quarterback and you’ve handed the ball off to your running back or receiver, for example, then you’re able to hurdle while still behind the line of scrimmage.

The process of performing a successful hurdle is extremely difficult in Madden 23, so don’t be surprised to see it not work out the way you might want.

If a situation comes that requires a hurdle, you now know how to pull one off.