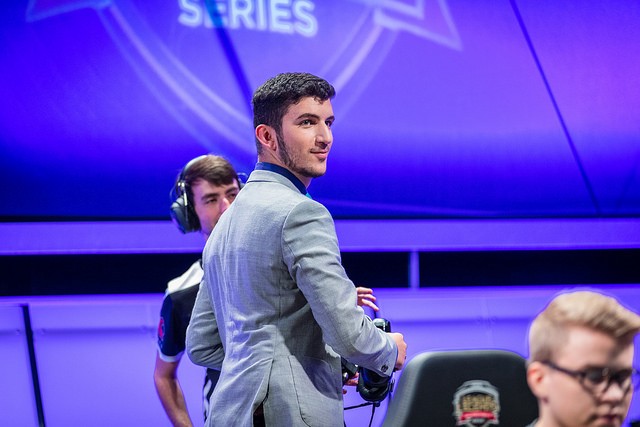 One of the most celebrated European coaches in the 2016 Summer Split will continue to coach his team, even though the majority of his former roster have left.

Despite a disappointing performance in the 2016 League of Legends World Championship group stage, Jakob “YamatoCannon” Mebdi has renewed his contract with Splyce, whom he coached to a second-place finish during the Summer Split of the EU League Championship Series. The upcoming split may, however, prove to be his most difficult yet, as the majority of the Splyce roster has entered into free agency since their defeat at Worlds.

“Aside from his results in 2016, including his coaching award, a big part of the value of him as a coach is the leadership he brings to the team and to the players,” Splyce CEO Marty Stenczewilk said in a statement to Dot Esports. “He truly helps to make them better players, people, and professionals in every sense of the word.”

YamatoCannon has coached for Splyce since January 2016, and was voted “coach of the split” by LCS players, the LCS broadcast team, and media due to his coaching in the 2016 Summer Split. The team’s performance during the summer was also several cuts above what the squad had shown during the Spring Split, where Splyce finished the regular season in eighth place and were forced to compete in the summer promotion tournament.

With only one jungler Jonas “Trashy” Andersen remaining from the Splyce line-up of 2016, YamatoCannon has got a tall order to live up to if he wants to replicate or get better success next year.