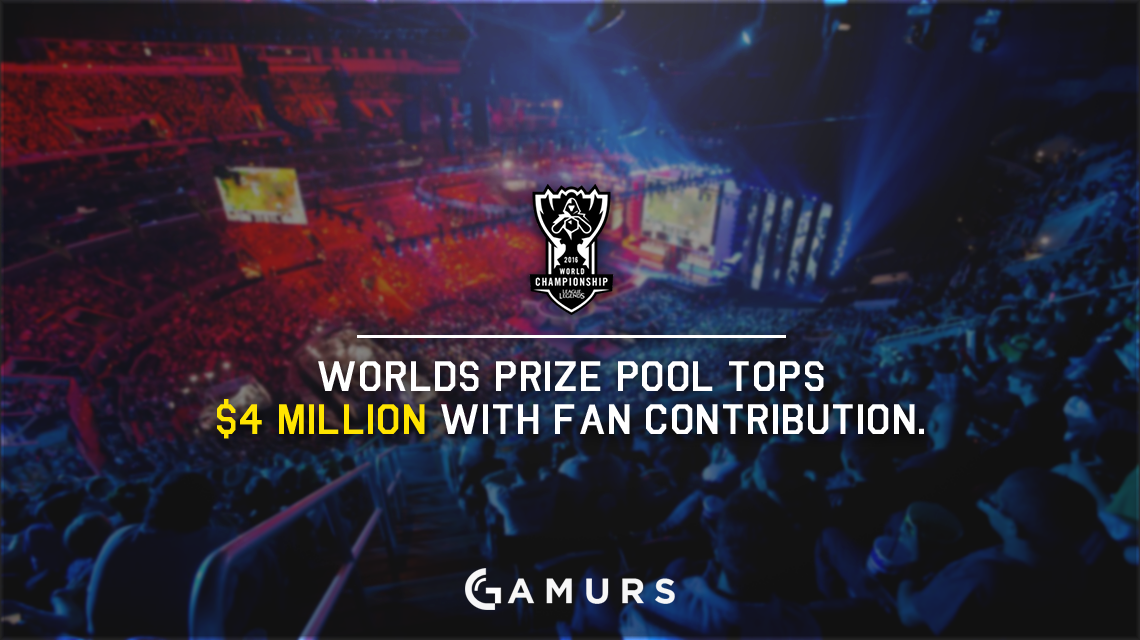 The prize pool for Worlds 2016 has topped $4 million thanks to the amount of fan contributions from in-game purchases.

Fans have contributed $2.015 million to the prize pool that is now just short of double of what it originally was when Riot announced the tournament. This has been achieved thanks to 25 percent of all Championship Zed (a skin) and Championship Ward (a ward skin) profits going directly to the prize pool.

Riot also noted that 30 percent of team icon sales go directly to the team, but those sale numbers do not factor into the prize pool.

With the fluctuating prize pool, there is no set amount of money that the teams will receive for their placings. There is, however, a set percentage breakdown that looks like this:

Riot will be providing another update to the prize pool and its size when the finals at the Staples Center in Los Angeles, California rolls around on Oct. 28. With 20 days to go until the finals, it will be interesting to see how high the prize pool can get. Whatever it is, however, it probably will not be near the over $20 million that Dota 2’s TI6 brought in, but it is a step in the right direction for larger League of Legends prize pools.

How high do you think the prize pool will end up being for Worlds this year? Let us know by commenting below or tweeting us @GAMURScom.