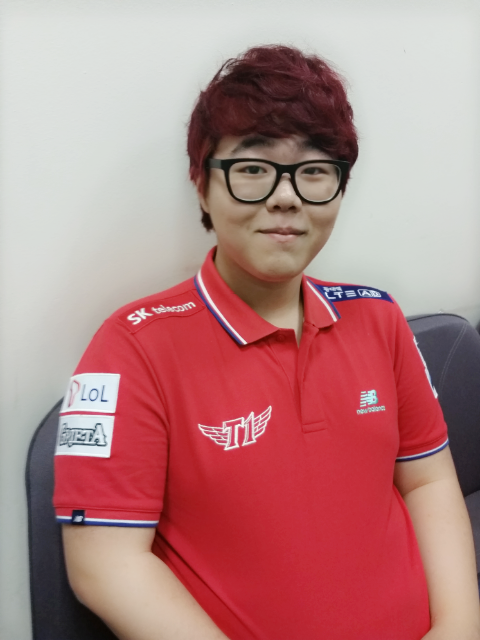 Discredited and Disregarded. This is how the West views one of the greatest supports in the world coming into Riot’s Mid Season Invitational. Lee “Wolf” Jae-wan has been a longtime veteran of the SKT T1 organization. Wolf is no stranger to Summoner’s Rift as being part of SKT T1 as far back as 2013. While this is his first year joining the main squad with K and S merging, many still do not know the prowess of SKT T1 Wolf.

A key tournament everyone seems to forget is the Spring Season of LCK 2015. SKT T1 had won every single game after IEM Katowice and since cinderhulk had been introduced in the meta during the second round robin. In addition, they powered through the playoffs with you guessed it one support – Wolf. This was not a team was not just 1 star team of Faker. No, this was a team of 5 cohesive players each with very hybrid type roles. Bang, often playing the “cleanup” style transitioned to more of a hard carry role, MaRin playing carry or support, and finally even Faker moving into a more utility mid laner with Lulu. Even Bengi has adapted his play to cinderhulk and become a heavy invade warding pressure jungler that is still able to affect the map early.

SKT T1 this season on paper was a dream team that never happened. Replacing the weakness of Piglet and ManDu from Season 4 thrusted the team to the top. Make no mistake, this new bot lane was the dream that never happened, this was like if Chauster and Doublelift had joined CLG.EU’s botlane during Season 2. With the passive bottom lane who’s only job to clean up kills in the late game and with the hyper carry solo laners, SKT T1 had a solid identity coming into Spring from the preseason. However, this was not the team identity that actually appeared in Spring of 2015. Instead, we got an SKT T1 of a support/carry hybrid top laner that focused on getting the mid lane going no matter what.

So what made Wolf so great at MSI? Wolf primary power came from his roaming potential. He has the ability to secure kills midlane while using aggresive Janna tornados or a flash headbutt. Wolf’s most notably played Janna, Thresh, and Annie going into this tournament. Up until this tournament he exclusively played these 3 supports while only dabbling in Alistar occasionally.

In the group stages, we saw Wolf we saw Wolf transform even further adding Alistar into his main rotation of champions. Wolf really performed during the group stages with the ability to not only setup plays but to make endless kills happen around the map. Whether it was a 3 man Annie stuns before a dragon fight, Thresh lanterns saving Bengi, countless times, and Alistar headbutts that are so good they became prime highlights. Wolf was the prime the whole package during these days, it seemed for sure SKT T1 was going to have a dominating performance in the playoffs come Saturday.

So what happened when Wolf stepped up against Fnatic and more importantly EDG? One of the biggest LAN chokes I have seen. There is no way to sugarcoat this, his finals and semis performance was atrocious. If anything, some of these games were lost before Wolf even

entered the Rift. Why that is? Champion selection. Wolf has NEVER played Nautilus OR Leona in his entire competitive career as far as I know. These picks, alongside with his abysmal map awareness and general warding control led to SKT T1’s downfall.

The question remains: Why is Wolf playing these champions? As we clearly saw, these were not confort picks for him and he was extremely unprepared to pick these champions in such a high pressure scenario. This is almost as craziest as letting kuro lock in the Yasuo pick from IEM Katowice series of GE vs WE. What I want to know is who allows this pick during a game as crucial as this? Kkoma? His teammates? We may never know, but one thing is for certain, SKT T1’s chances at claiming MSI became very grim when these two champions were locked in. However, in the end we cannot discount what got them this far. Wolf’s complete 180 in the finals seems to be written off as a “bad performance” when realistically he had a pretty good tournament. He a lot of highlight level plays, some amazing synergy with his teammates but in the end I feel this will be all washed away by his performance in the finals. I do fully and totally believe SKT T1 would have not made this far in the tournament unless they had not had Wolf in the booth, while they may have not won they came close and that deserves a lot of credit.