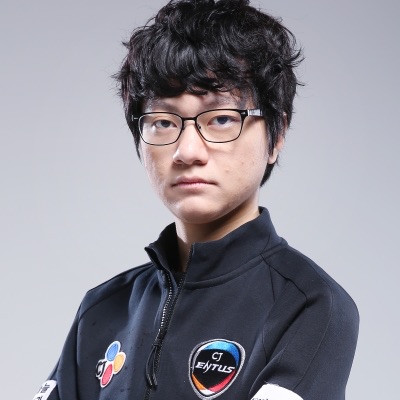 Once known as the greatest Support in the world, Hong “MadLife” Min-gi has been universally praised for his mastery of Thresh and Blitzcrank. However, through analyzation of the games that made him famous, we’ll find out the precise conditions that are required to pull off one of MadLife’s legendary plays.

In Game 1 between CJ Entus Frost and MiG Blitz, MiG Apple’s Kennen finds himself in a sticky situation as Frost is pushing down his team’s Mid Tower. On his way to flank three isolated members of CJ Frost from the Top Lane, Apple makes the first mistake of passing right through an enemy pink ward. Frost’s players begin to spam pings on Apple’s location immediately, presumably to collapse on him and pick up a kill. As Kennen disappears into the Fog of War headed towards the Mid Lane, GBM reacts perfectly, using Twisted Fate’s “Destiny” to grant vision of the incoming enemy. GBM quickly teleports into the same brush as Apple, pulling an instant gold card to stun Kennen and leave him vulnerable to the other four collapsing members of CJ Frost. Apple manages to pop Slicing Maelstrom in response, stunning GBM and gaining a bit of leverage on the rest of the opposing team. However, at this point, Apple has already realized that that MadLife, CloudTemplar, and Space are quick on his heels. MadLife positions himself well, standing between the converging paths to the Blue Buff and the river, effectively limiting Apple’s path to one option: Top Lane. Knowing the route that Apple has to take, as well as Kennen’s movement speed, MadLife flashes over the wall and throws a hook. Through a combination of team play, wit, game knowledge, and skill, MadLife successfully predicts Apple’s position and locks him down for the kill.

During Game 2 of the same series, MiG Blitz made a fatal error in Champion Select: Giving MadLife Thresh. Unsurprisingly, just 20 minutes into the game, Blitz are down 18-4 without a single tower. Their Mid Laner, WonSEok, begins to overextend as he repels a large minion wave down in the Bottom Lane. At this point, Blitz’s wards are near-useless. They currently don’t have vision of a single one CJ Frost’s players, and are prone to a full scale ambush on one of their three lanes. Realizing that he’s pushed up to a dangerous distance, WonSEok begins to trek back to his base, but his efforts are futile. Just as he starts to leave, MadLife, equipped with an Oracle’s Elixir to sniff out enemy wards, sprints out of the brush copping a fresh pair of Mobility Boots. WonSEok’s Flash is down, leaving him with only his Arcane Shift, now his sole escape option from the Support God’s wrath. Just like before, MadLife has done an excellent job taking the game’s conditions into consideration, knowing all-well that an Arcane Shift in any direction but forwards means suicide for Ezreal. At this point, the odds of escape for WonSEok are still very high. Surely MadLife wouldn’t be able to predict his Arcane Shift, would he?

In his competitive career in League of Legends, MadLife has been renowned for his incredible mechanics and flashy plays. In addition to an already prestigious résumé, some even consider MadLife to have re-defined the Support position. In these select few plays, “The God of Grab” demonstrates how the key to pulling off a legendary spectacle is all in the planning.