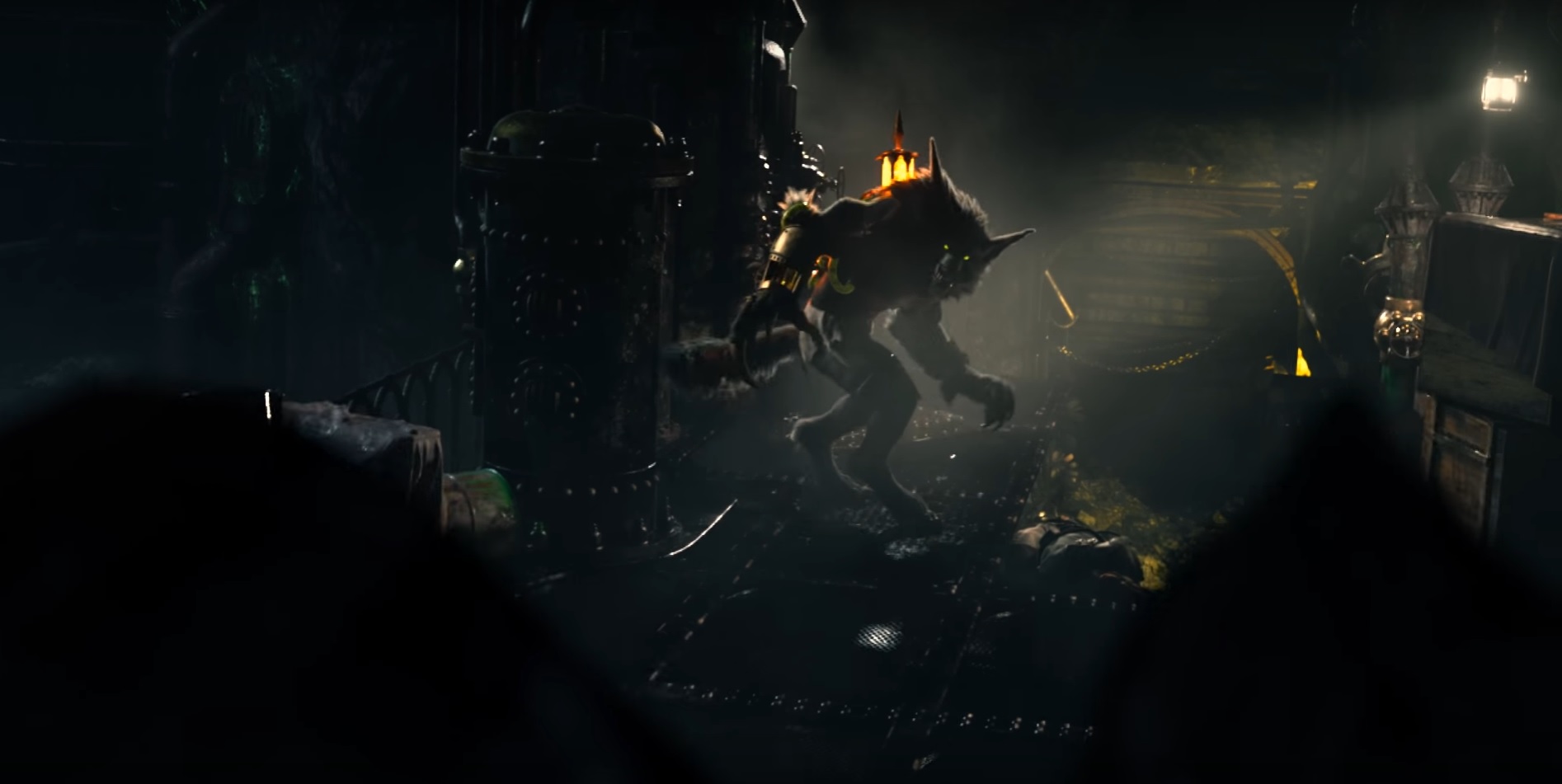 We’ve seen the new Warwick before, actually. In a story released on Universe, League of Legends’ lore website, we read a grisly tale of Singed torturing and experimenting on a human subject. In that story, we caught a glimpse of a tortured man suspended from the ceiling of Singed’s laboratory. He had a long, claw-like appendage, and mechanical implants sprouting from his back.

Looking at the Warwick in the trailer, we can now confirm that the story was actually about him. We can also say that the new Warwick looks way cooler than how he looks in the game right now.

Through the eyes of a Zaunian running for his life, we catch glimpses of Warwick on the hunt through the seedy underbelly of a city. These sightings of the terrorizing wolf moving through the shadows lead us to believe that he may have some sort of stealth mechanic introduced in his kit.

Also, based on the scene at the end when the main character experiences a close encounter with the wolf-man, we can also expect to see some sort of leap or other gap-closer with the fearsome new Warwick.

What is most exciting about the rework is definitely his Bloodscent (if that’s still what Riot will call it in his new kit). In the current Warwick’s kit, Bloodscent offers him increased movement speed when near enemy champions with low health. In the video, he seemingly became enraged after smelling the blood of the hiding Zaunian.

We not only expect to see some awesome new animations for this Bloodscent, but it looks like it will play a much bigger role in how he chases down targets.

Warwick’s new makeover looks amazing, and summoners everywhere are excited (or scared) to see him in-game. With the timing of this announcement, it wouldn’t be unexpected to see the new champion update released in the next patch. With the professional season of League starting on Jan. 20, patch 7.1 will probably go live around the same time, and that means we might get to play the new Warwick within the next couple of weeks.