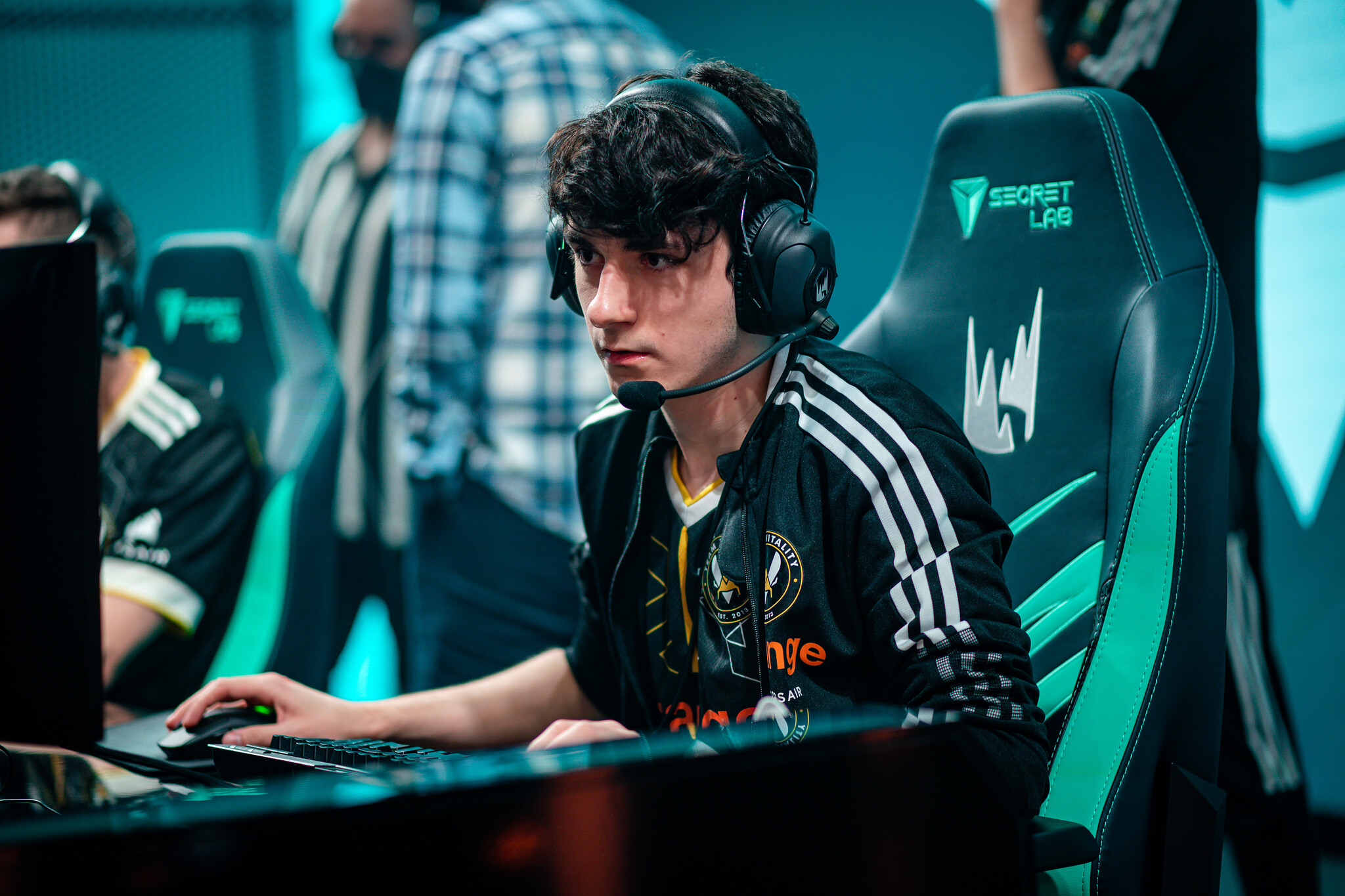 The inauguration of the LEC 2022 Spring Split is just around the corner.

Every team underwent roster changes throughout the offseason, including Team Vitality. The French org invested heavily into its League of Legends roster and brought in Perkz, Carzzy, and Alphari to supplement Selfmade and Labrov.

Fans now have enormous expectations for the team—and so do the writers at Dot Esports. Vitality is the only squad from the West to land in Dot Esports’ Global Rankings for the upcoming season. And it turns out the players themselves have set the bar high.

Labrov, Vitality’s support player, explained his thoughts about the upcoming season in a recent interview with Cybersport.pl.

“I don’t want to sound too cocky, but I think if we don’t win the trophy with this roster, that would be a disappointment,” Labrov said.

Looking ahead, there have never been bigger expectations on the squad. Fans and analysts alike have put Vitality as a favorite to triumph in the LEC and to represent the region at MSI and the 2022 League of Legends World Championship.

The Greek has similar ambitions in terms of his personal growth. “I mostly want to win both splits in LEC and then play against the Asian teams at Worlds, and see how good they are,” he said.

Labrov remains the only player in the squad to have not qualified for an international event in his career. But this, he says, “motivates” him to play better and to “reach new goals.”

And there’s never been a better time for the Greek to reach his goals as a player. Vitality is packed with superstars, namely Perkz, who is arguably the greatest western player of all time. The eight-time European champion is a natural leader, highlighted during his time in Europe’s G2 and North America’s Cloud9.

“Perkz feels like a leader, mostly outside the game, I would say,” Labrov said. “He’s the type of guy that makes sure everyone gets along well with each other in the team.”

Vitality will have a tough time in their first week of the LEC 2022 Spring Split. The team is set to face defending champions, MAD Lions, and the runner-ups of last season, Fnatic, on Friday and Saturday. The squad are also scheduled to fend off Excel on Sunday.

The LEC 2022 Spring Split begins this Friday at 11am CT time. You can catch all the action on Twitch.