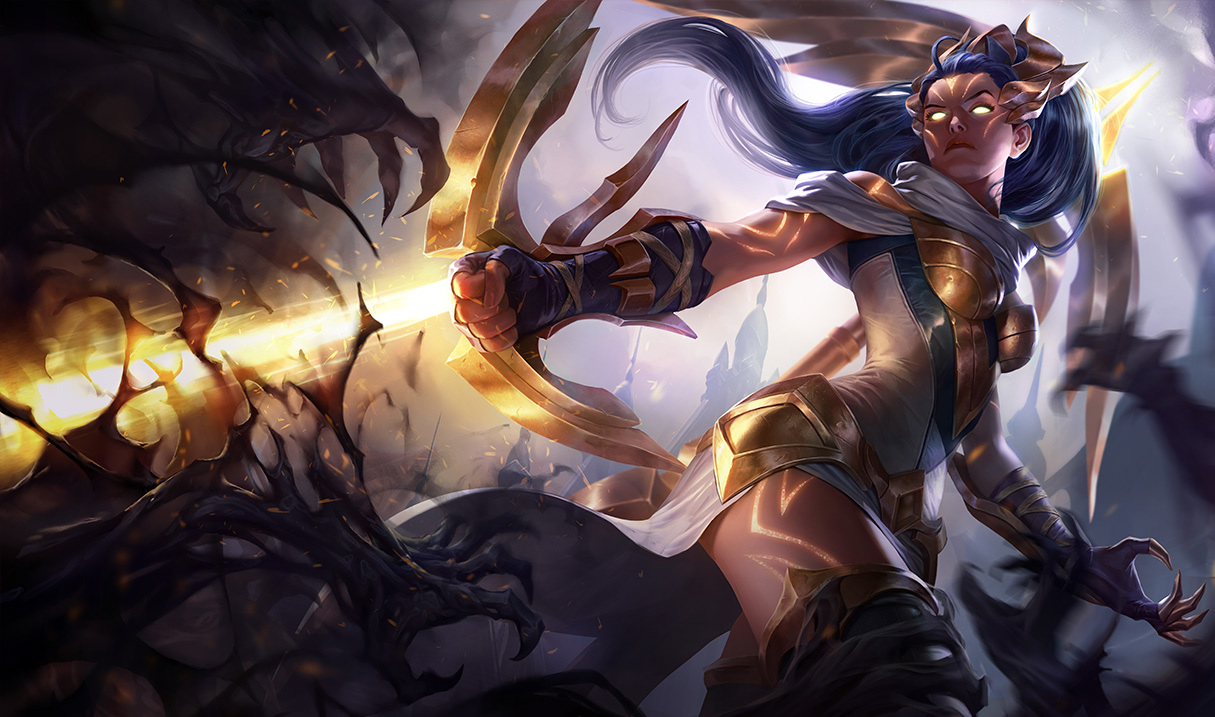 About a month ago, Vayne received a massive update on the PBE that would have dramatically shifted her playstyle and strengths as a markswoman. The update included big changes to her ultimate, Tumble, Silver Bolts, and more. Later that same week, the update was reverted, leaving Vayne’s fans confused and a little wary.

Was she truly not being changed now, or was that rework just added to the PBE as a small test, meaning the changes would be seen again in the future? Why bother playing Vayne at all if huge changes would be coming her way so soon, forcing players to relearn her?

It seems those questions are being answered, because yesterday, her rework resurfaced on the PBE at the beginning of the Patch 7.19 test cycle, with some distinct differences from its first iteration last month.

The first and largest difference is with her ultimate ability, Final Hour. In the original rework pitched on the PBE, the ability was given two new features. It granted her a massive heal whenever she killed or took part in a kill of an enemy champion while Final Hour was active, based on the target’s maximum health. By slaying tanky champions, Vayne was able to recover almost her entire health bar. That feature was removed from the new rework completely.

The second feature added increased the duration of Final Hour by a few seconds each time she killed or helped to kill an enemy champion while it was active. This feature is still included in the rework on the PBE right now.

The second difference lies within her Tumble. In the original rework, the bonus damage from the Tumble was no longer able to critically strike. In the new rework, that still holds true, but the Tumble itself will now deal more damage at every rank, by a significant margin. At final rank, the new Tumble will scale with 70 percent of Vayne’s AD, up from 50 percent—a massive buff, which should no doubt make up for the crit nerf.

The third and final change is her Silver Bolts. In the original rework, this ability’s true damage was increased by two percent at max rank. Now, only at early ranks, the true damage dealt will actually be lower. At max rank, it’s still the same as it is in the game right now.

The critical strike removal from her Q is no doubt a nerf, but the AD scaling on the ability is being cranked up by such a large amount that it doesn’t really matter. Combine that with the almost nonexistent nerf on Silver Bolts and the rather large buff to her ultimate, and Vayne comes out of this rework a winner. Overall, at least on paper, it seems like a buff.

That is, unless it’s reverted again.