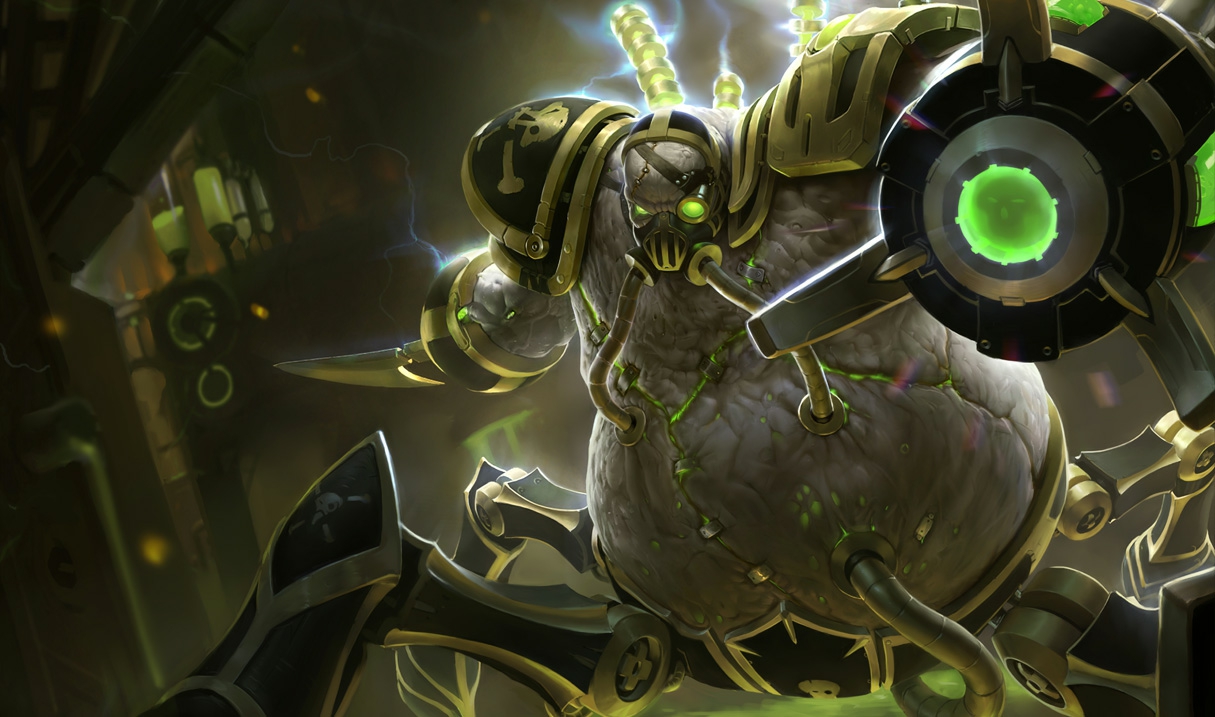 One-third machine. One-third man. One-third piece of garbage champion. Urgot really does have a lot going on, and after Riot’s announcement today, we also know that his major champion update is nearly here. Oh, we also know he’ll have shotgun knees.

Urgot really is all over the place. Most League of Legends champions have designated roles and off-roles that are easy to see based on how they play and which items work the best with their toolkits. In Urgot’s case, however, things aren’t so clear. No one’s sure if he’s an ADC, a tank, or both. While players enjoy that Urgot is a weird champion, no one enjoys a confusing champion.

That being said, the design team working on Urgot has decided on a clear and precise playstyle when it comes to his new kit, while working hard to maintain his unique character theme and weirdness. He’s going to be a ranged juggernaut—the first of its kind.

This isn’t the only information that’s been revealed about him, either. A few months ago, Riot accidentally and prematurely added some of his character models to the PBE before immediately removing them the same day. The would-be Urgot looked much, much cooler even without colors added to the mix.

There was also a leak in March that mentioned a few other new Urgot abilities, including the now-confirmed shotgun knees, a rocket hand, and an ultimate that turns his stomach into a meatgrinder trap. We’re not sure what that entrails (heh), but it sounds really cool. So far, many aspects of the leak have proven to be true, such as Xayah and Rakan, the Zac rework, the new Dark Star skins, and more. There’s no reason to expect the information on Urgot is false, and that means he might turn out to be just as badass as we’re all expecting.

Today’s announcement also mentioned Evelynn’s upcoming rework, which we’ve also known about for a few months. There wasn’t any information given about that, though, aside from the fact that it’s still a long time away and it will be sticking to her sexy, shadowy vibe.