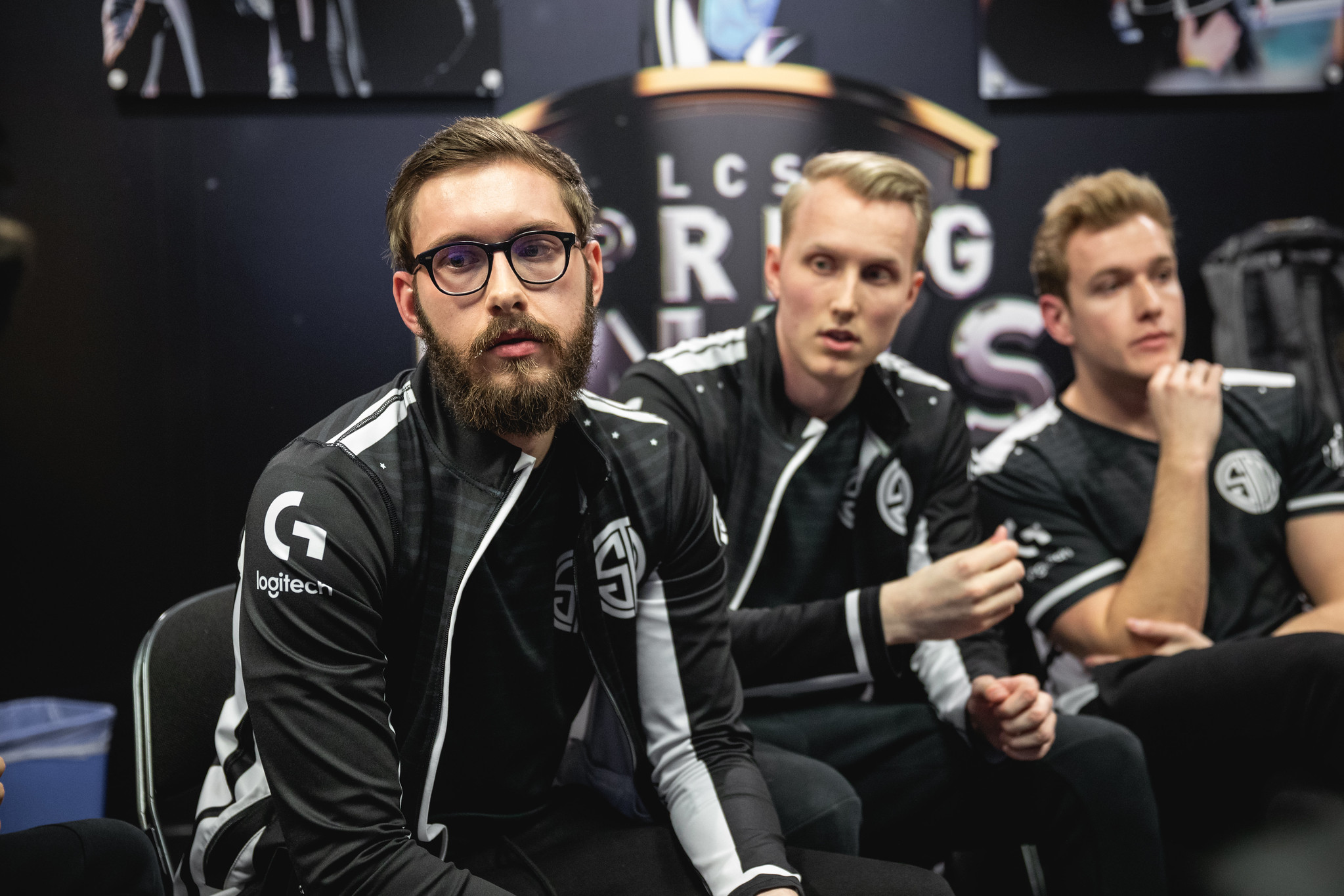 In the world of hockey, Toronto is more than just a major metropolitan city in Canada. It’s the home to the Toronto Maple Leafs, one of the biggest NHL teams, with an equally rowdy fanbase to match—I would know, living in the city all my life. The Leafs were once a league giant, with 13 Stanley Cups won between 1917 and 1967. But the Leafs’ NHL star has fallen since then, though many fans are in denial, clinging to titles won over half a century ago.

Watching Yiliang “Doublelift” Peng finally live up to fans’ expectations as he and Team Liquid qualified for the 2019 Mid Season Invitational finals, I couldn’t help but notice striking similarities between the Leafs and TSM, Doublelift’s former team. Both TSM and Leafs fans continue to cite a legacy of wins in the past to remain relevant, despite accomplishing relatively little in the present.

Now without even their beloved NA supremacy, TSM are in danger of becoming a relic of the past. A once Goliath feared in and outside of NA, now relegated to being simply one of the region’s top teams, whose name lives on internationally only in the occasional chants of fans in the most random moments. TSM’s next shot to repair their damaged reputation comes in the Summer Split and upcoming Worlds, where they can return to, and even go even further than ever before.

TSM’s winning culture began in the early days of League of Legends, before regional leagues existed, and before today’s most popular teams were formed. But throughout TSM’s eight-year run in League of Legends, success internationally has been sparse. TSM’s international accolades amount to a few decent placings and an IEM Katowice win to contrast with a string of global group stage exits. TSM’s poor results outside of NA were begrudgingly accepted during North America’s drought of international success, where the consensus was that the region was too weak to compete.

“Our ultimate goal is to win Worlds,” was the mantra TSM founder and CEO Andy “Reginald” Dinh repeated during his team’s domestic hayday. Sure there were some pundits like caster Christopher “MonteCristo” Mykles, who challenged the validity of Reginald’s goal, arguing that “any Western team that says ‘our goal is to win Worlds,’ should come for a year to China or Korea and compete in those environments.” But for many viewers watching TSM make LCS final after final, seemingly winning every other one like they’re the New England Patriots, the logical next step after thoroughly conquering NA was to take on the world.

Though as quickly as TSM rose to international competition, they were just as quickly swatted back down home. After a string of early tournament exits by TSM, everybody, from pundits, to the LCS broadcast talent and event fans grew jaded, unable to take Reginald’s “ultimate goal” seriously after so many failures. But TSM continued to stomp NA, and the region’s other teams didn’t fare any better internationally, save for C9.

That’s not the case anymore. Over the last three years, NA has slowly started to place better internationally, though no thanks to TSM. Through the efforts of teams like C9, CLG, and most recently TL, NA has cemented itself as a real global competitor.

As an indicator of NA’s change, TSM’s ranking in the region has dropped. TSM only recently made their return to the LCS finals last split, after failing to have a top two placing in 2019, breaking a five year long attendance record. Those poor domestic results in 2018 also caused TSM to miss their first ever Worlds, culminating in the worst year in TSM history.

Ironically enough, it took losing badly at home to finally bring about change. The current version of TSM resembles the team’s past iterations in name only. Yes, mid laner Søren “Bjergsen” Bjerg still leads the team, but even he has changed—and we’re not just referring to his new 2019 bearded look.

The addition of Turkish top laner Sergen “Broken Blade” Çelik, veteran support Andy “Smoothie” Ta, and the promotion of jungler Matthew “Akaadian” Higginbotham to the starting lineup brought the change in TSM’s play that fans have desperately longed for.

Under the new head coach Tony “Zikz” Gray, who’s already tasted international success during his time on CLG, TSM’s play is now shockingly aggressive, with the team playing a more fast-and-loose style. Akaadian has been more than willing to dive turrets in early ganks, with his teammates following without a second thought. This aggressiveness and team cohesion can be seen from TSM throughout the game, with no hesitation to be from any of the players whenever a risky call is made.

This current version of TSM is not perfect. TSM’s new aggressive look leads to many in-game missteps. Akaadian and Broken Blade screwed up so many top lane dives in spring, it’s surprising nobody made a montage. But both the team and fans will take these failed dive—if it means that, for the first time since maybe 2014, TSM take the initiative. It’s TSM dictating the pace of their games, not the reverse.

During TSM’s era of dominance in NA, they never needed to take the initiative. They were so much better than their NA opponents mechanically, and opposing NA teams were bound to make mistakes in the early to mid game they could surely capitalize on at some point. But it was that same rationale that hurt TSM internationally when the late game, reactive style they honed back home proved ineffective against the world’s top teams, who knew how to win early with minimal mistakes.

TSM’s long overdue style change saw great results, with the team making its first LCS final since 2017 Summer. But a finals berth is simply not good enough for a team that is known for winning LCS titles.

Four days after the MSI final, someone posted on the TSM subreddit, happy that TL didn’t win since he “wanted TSM to bring home NA’s first MSI/Worlds trophy.” Reaching the top of the subreddit with 164 upvotes, the post’s comments echoed a feeling of hope among TSM fans that the grand prize has still yet to be claimed by any NA team—winning a major international tournament.

There’s no denying that TL’s MSI finals appearance, and C9’s Worlds semifinals berth last year are impressive, especially when looking at the opponents they beat to get there. But those accomplishments would be completely dwarfed by a Worlds or MSI victory by a NA team, finally earning the region its first major international trophy.

That’s not to say that I think that TSM are going to win Worlds this year, becoming NA’s saviour after years of hardship. TSM are far from looking like world beaters or anything of the sort. Before trying to take on the G2 Esports and SKT’s of the world, TSM still need to beat TL, who reverse-swept them in the finals.

Despite losing in the first round of the NHL playoffs, the Leafs have a roster of players rated highly by hockey fans. With a wealth of young talent, the Leafs look on the edge of regaining past glory. TSM find themselves on a similar trajectory, fielding a roster of skilled veterans and youngsters that can match NA’s other top teams, and who play with a style that has historically been more effective internationally. It’s impossible to predict if this iteration of TSM will reach global stardom, but they’re definitely headed in the right direction.