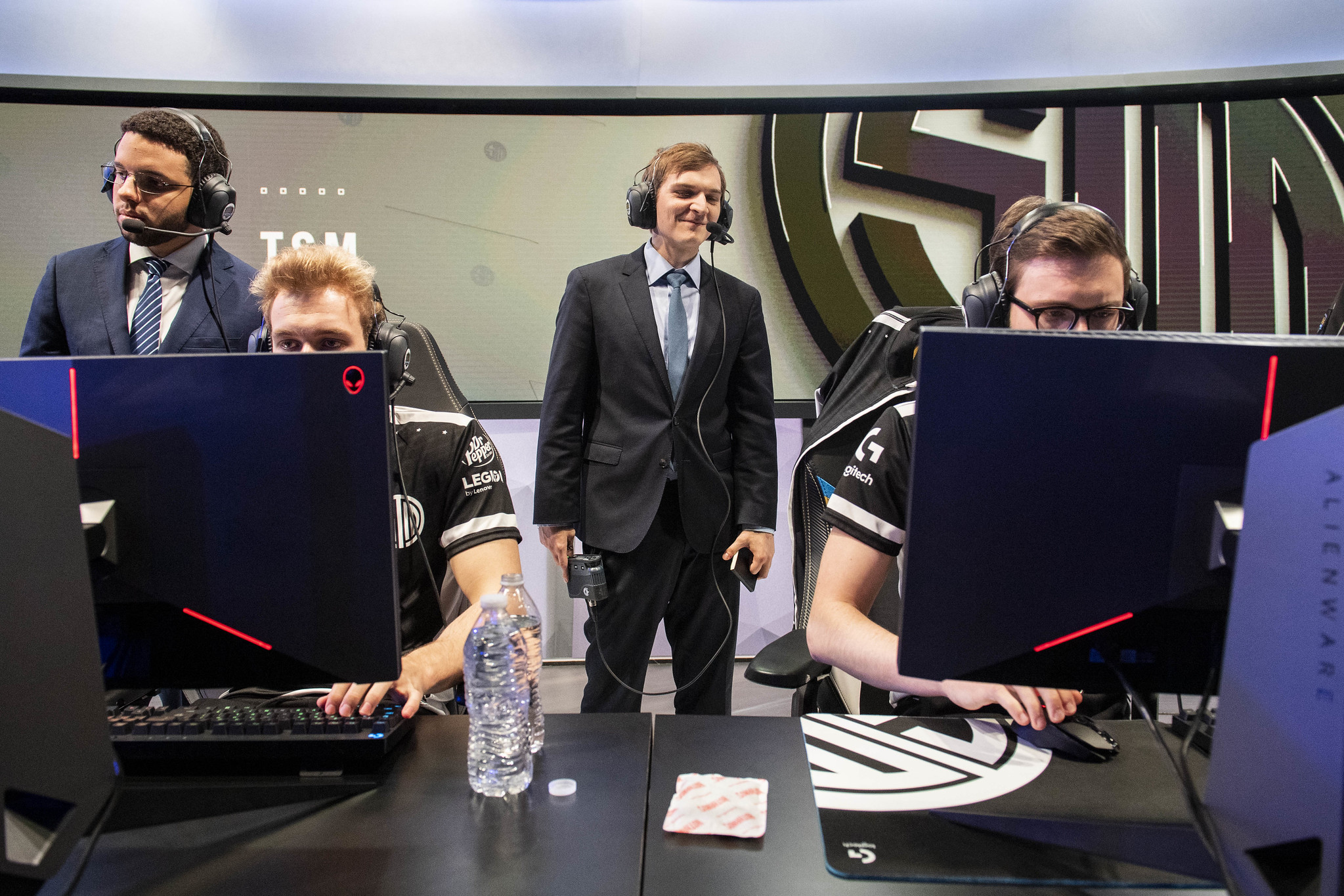 TSM shocked the League of Legends world when it made a surprising jungle substitution a week before the playoffs. Matthew “Akaadian” Higginbotham, the team’s starter for most of the year, was out and Mingyi “Spica” Lu, a complete unknown for those who haven’t followed TSM’s Academy squad, was in.

Akaadian was no doubt in a slump over the last few weeks of the season, but this was still a stunning change so close to the playoffs. After he and 2017 starter Jonathan “Grig” Armao battled for the position, TSM handed him the starting spot in hopes of giving him a shot of confidence.

According to TSM manager Parth “Parth” Naidu, the team was flummoxed by his—and the team’s—subsequent nosedive. A lot of speculation has been raised over the last week about what’s happening in the TSM team house, and Parth tried to defuse that with a post on Reddit.

Parth said that Akaadian’s issues were “personal” in nature, something that neither he nor the team’s coaches could help with. But in trying to explain himself, he may have muddied the waters even further.

It’s crazy to remember all the way back to the Spring Split when, with Akaadian manning the jungle role, TSM almost beat Team Liquid in the playoff final. They were up 2-0 on the two-time defending champs before throwing it all away.

But according to Parth, that performance was a mirage. He wrote that the team “overperformed on the back of some crazy performances from [mid laner Søren ‘Bjergsen’ Bjerg.]” And he was right. Before getting reverse swept by Liquid, TSM had reverse swept C9, which means they easily could have been out in the semifinals. Parth and TSM have seen first hand through several failed expeditions to Worlds how overconfidence can ruin a team and he wasn’t about to let that happen again.

Heading into the Summer Split, Parth knew what he wanted to change. Akaadian’s always been a feel jungler, someone whose play in the early game depends on his confidence level and how comfortable he is. That proved challenging against Liquid’s early bot lane pressure. And the team also struggled in closing out games, another weakness of Akaadian’s. After Grig had healed somewhat from wrist issues that delayed the start of his season, Parth wanted to go back to him.

“In the offseason, I believed that Grig was a better jungler for our team,” Parth said. “He has a more strategic and consistent approach to the game and we felt that we would be better served in the long term by utilizing him.”

Parth was right about his team and his view on the two players. But instead of sticking to his guns and handing Grig the role, he decided to keep both players in the dark.

That was either the start of a series of execution errors made regarding the TSM roster or a continuation of a long series of events that have transpired since the team acquired ADC Yiliang “Doublelift” Peng at the end of 2015. Over the span of four seasons, TSM have churned through three supports, a top laner, two ADCs, and a whopping four junglers. This is an organization that’s shown it’s unafraid to make sweeping moves in response to poor performances.

Between splits, Parth spoke to both Grig and Akaadian and expressed how the team wanted to give both players opportunities in a six or seven-man roster. Other teams have made great use of such conventions, including the Fnatic squad that made it to the Worlds finals last year. He gave the players options to stay within that system, knowing they weren’t guaranteed a full-time starting role, or leave. Parth didn’t say what other options were available from other teams, but both players ultimately chose to stay.

But TSM weren’t able to improve to Parth’s expectations under the two-jungler system. Based on the players’ match histories, that experiment lasted all of two weeks. TSM obviously have more data, including scrims that are unavailable to the public, with which to evaluate their players. But being able to tell things aren’t working after two weeks implies a level of clairvoyance that’s proved nonexistent at this level of League.

The coaching staff promptly ditched that system and opted to start Grig based on his stronger performances to date.

“At that point, Grig was performing better and we saw more potential in him,” Parth said. “So we decided to run a week where we gave him the majority of the scrims and played both games on stage. Despite winning, we felt there were still glaring weaknesses in his and the team’s play.”

Grig started both games in week three of the Summer Split. But, in line with TSM history, that arrangement didn’t last.

The interesting thing about that week where Grig started is that TSM beat Clutch Gaming and C9. The former just defeated the TSM—with Spica—in the playoff quarterfinals. And the latter is considered by a wide consensus to be a stronger team than TSM right now.

The next week, the team did the complete opposite and gave scrim time and both stage games to Akaadian. Never mind that Grig was chosen first because he was supposedly performing stronger. In retrospect, it looks like they’re just flipping a coin.

Multiple sources, including a former TSM head coach, have said over the years that TSM is highly sensitive to scrim results. The team goes into each scrim trying to win, instead of working on winning processes, regardless of results. This series of jungler moves seems to be further evidence of that.

After Akaadian’s week, it was back to double jungling at Rift Rivals, a tournament in which Grig really struggled. In reality, all five players on the team struggled to execute against superior European competition. But Grig went 0-3 and you could tell where things were headed.

After Rift Rivals, Akaadian was made the starter and Grig was banished to the Academy team. At that point, Akaadian started performing “noticeable worse” in both practice and on the stage. TSM were stumped as to why, with Parth chalking it up to a mysterious “personal” issue. Akaadian has yet to respond other than to say that he’s an improved player after his time on TSM.

Again, in accordance with its history, TSM decided to change things up. Akaadian was out in favor of Spica. The focus was on getting the rookie up to speed in preparation for the Worlds qualification gauntlet.

Parth said that Spica’s substitution was inadvertently released on Twitter by a Riot rep, possibly color caster Isaac “Azael” Bentley. But at this point, is anyone surprised? This is just the latest in a pattern of behavior from TSM. They’re not afraid of large-scale roster reboots and the minute a player’s performance drops, their job is in danger.

Parth and the rest of the TSM coaching staff obviously know more about their team than anyone else. We certainly don’t know what’s going to happen with the team going forward, but if the pattern holds, buckle up for more huge roster changes before the end of the year.