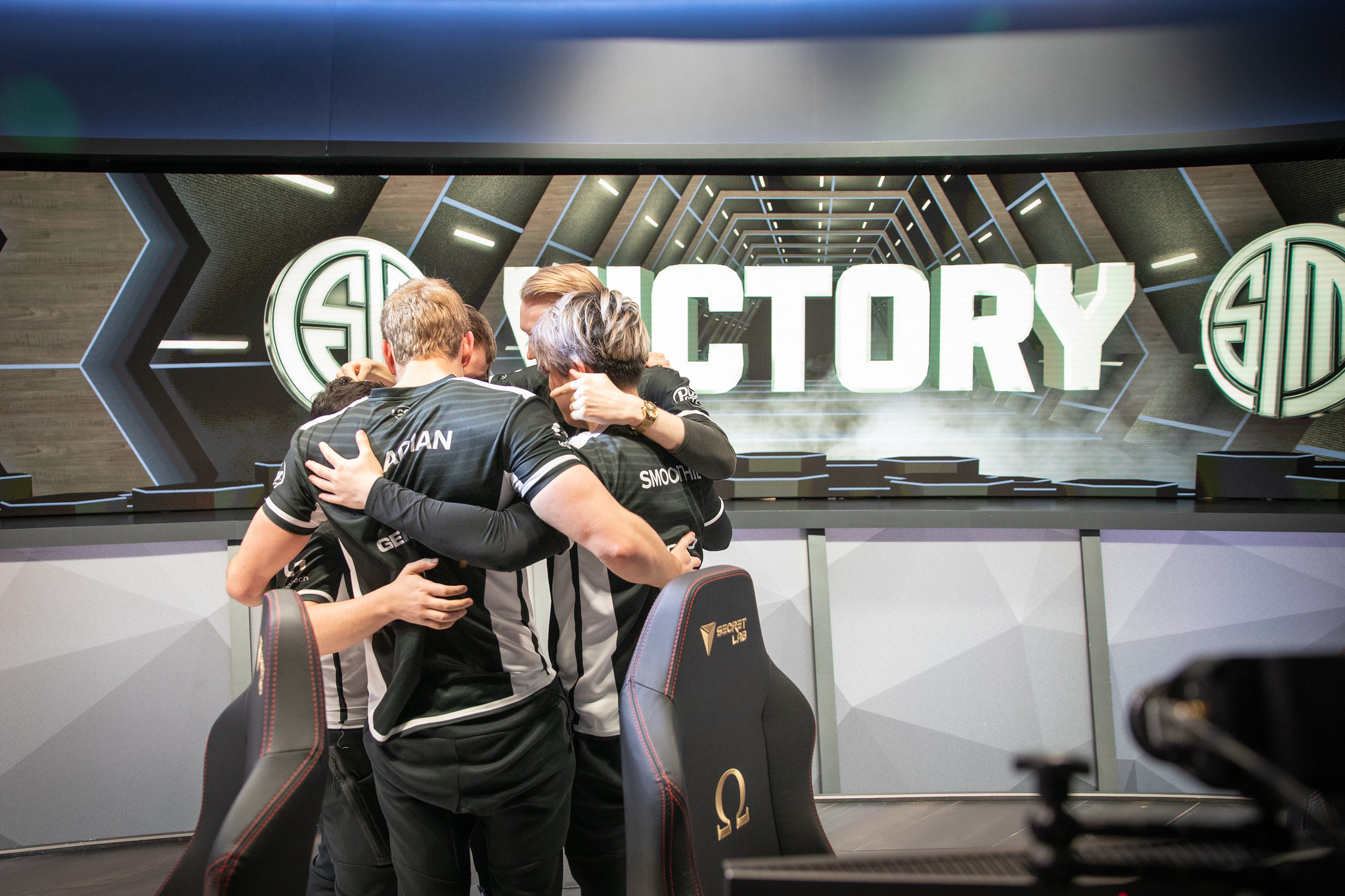 When you think about it, it’s kind of crazy that TSM missed Worlds in 2019.

The team’s absence in 2018 was expected given the challenges of moving on from star ADC Yiliang “Doublelift” Peng, the best player in LCS history. But another series of big roster moves led to a resurgence early the next year. The team was just one win away from taking home the Spring Split championship, breaking up Doublelift’s personal run of six-straight titles.

But the team collapsed in the Summer Split, forcing another series of tough moves in which three-fifths of the roster turned over. Now the team heads into 2020 facing considerable uncertainty for perhaps the first time in its history.

TSM isn’t just fighting to beat other LCS teams this year. It’s fighting the concept of its own mortality.

TSM founder Andy “Reginald” Dinh founded his org on two things: big plays, and winning. The first, embodied in the team’s “Baylife” slogan, was created by now-retired stars like Marcus “Dyrus” Hill, whose laid-back style formed the soul of the squad.

Reginald didn’t realize that it was the culture that led to the success. His team collapsed under the pressure of outsized expectations and Reginald’s constant tinkering with the roster in search of a combination of players who could accomplish his long-stated goal of winning Worlds.

That, more than any one player or coach, is what led to TSM’s two-year Worlds hiatus. Now, it’s a stretch just to win in the LCS region: TSM was just one game over .500 during its brutal 2019 Summer Split.

Winning wasn’t enough for Reginald in 2016 and 2017 when the team ran the LCS only to fail at Worlds. Now he can’t even tell his fans that his team is a winner.

That doesn’t mean the team hasn’t had moments. TSM had what seemed like an insurmountable 2-0 lead over Team Liquid in the 2019 Spring final. Who knows what would have happened if TSM went to MSI and beat Invictus Gaming in the semifinals? That type of win could have changed the whole course of the franchise.

But “what-ifs” don’t hold water with Reginald. It doesn’t matter if the team was close to winning the LCS, or advancing at Worlds, unless it actually happened. That’s not just the live-or-die nature of competitive sports—it’s based on TSM’s unique outlook on success.

TSM’s reactions to being close has historically been to blow things up. Rather than content themselves with incremental improvements, the thought has always been to aim even higher, to shoot for the stars in hopes that the team will at least land on the moon.

That’s what led to the jettisoning of Doublelift after 2017 and is what has led us to the new roster for 2020. It hasn’t worked in the past, which portends tough things in the future for a franchise based on winning.

The latest roster reset feels different than past years, though. TSM has turned its focus from established stars to players with more to prove.

Is that the result of the organization’s inability to entice the best players? Or is it a coordinated strategy to find better fits, especially after the team’s attempt to juggle two junglers led to catastrophe last year?

If it’s a bid to lower expectations, that hasn’t quite worked. We still ranked them the number two team in a league that, behind Liquid, doesn’t feel like it’s progressed that much.

But it does mean that they, along with Cloud9, CLG, and other LCS hopefuls, have more ground to make up if they want to become champions. Fans have long admired jungler Joshua “Dardoch” Hartnett’s reputation as a master of the jungler who was held back by a poor attitude. But he hasn’t appeared in a relevant LCS game since 2016—why would that be the case if his results really were that good?

Bot laner Kasper “Kobbe” Kobberup has long been a reliable carry, but was not known as one of the best ADCs in Europe before coming over to the LCS. His teams generally have to hang on for dear life while he ramps up, instead of using his lane as a point of pressure.

It is good that TSM is bringing back former support Vincent “Biofrost” Wang, perhaps realizing the error in letting him go after the 2017 season. He’s one of the best players at his position, someone who the team can build around from a shot-calling perspective. Then again, we wrote that exact thing in 2016—so will things really be any different this time?

Even the franchise player—mid laner Søren “Bjergsen” Bjerg—who got team equity in his contract last offseason, isn’t the same star that he used to be. Previously unassailable, he got some heat even in the TSM Reddit for his play last year.

Now he’s being thrust into unfamiliar territory, captain of a team of players looking for a second chance. And maybe that’s why Reginald and TSM have assembled this roster: An org looking for a second chance to define itself fielding a roster with a lot to prove. Winning in 2020 will do a lot for TSM on both fronts, but the team can’t exist just for winning’s sake alone. It’s Baylife or bust for TSM from now on.