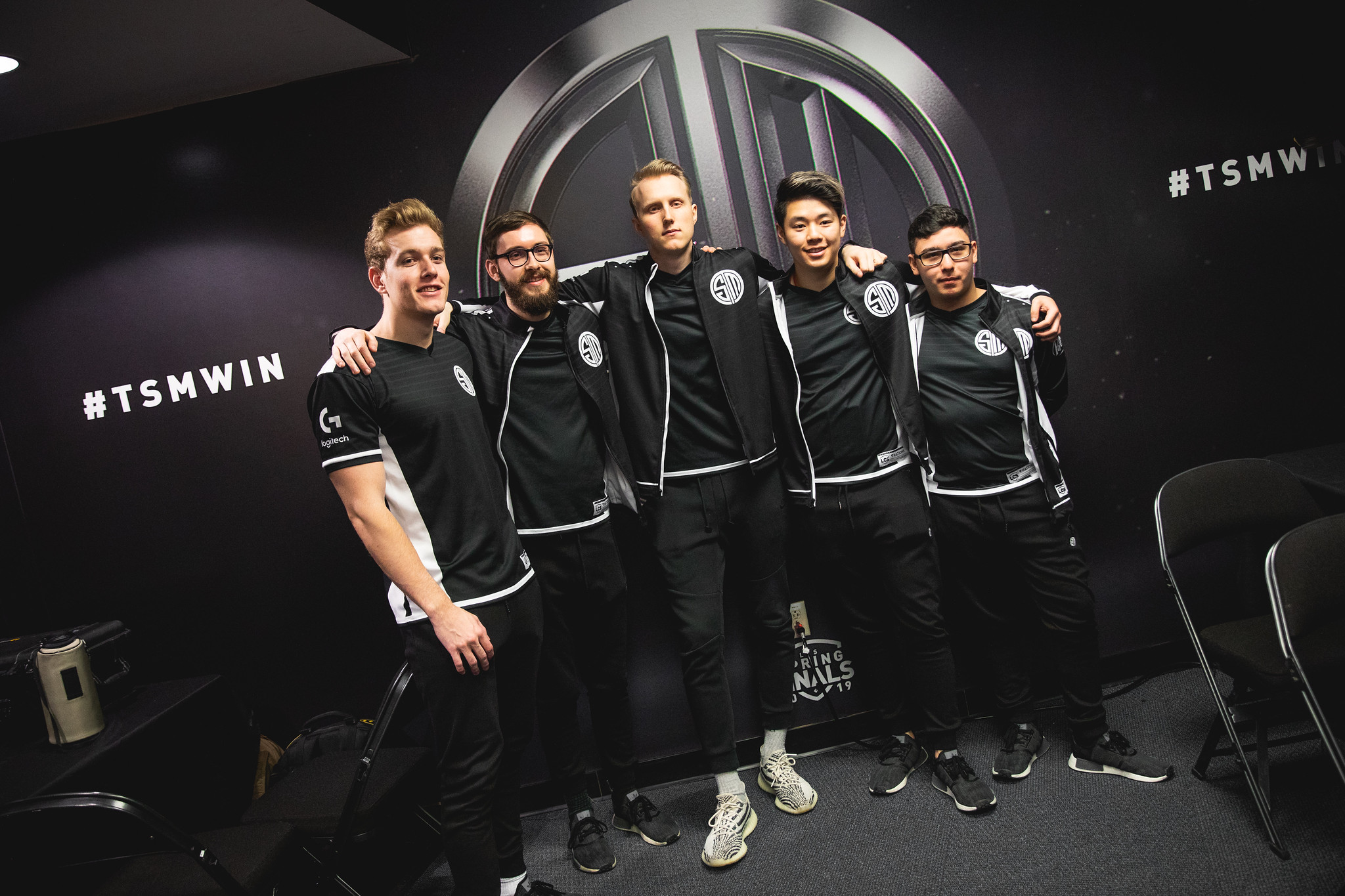 TSM is one of the most storied organizations in League of Legends. Check that—it’s one of the most popular companies in esports, period. Founded by owner Andy “Reginald” Dinh in 2009, TSM has grown into a worldwide brand that has fans everywhere, even in games the company doesn’t compete in.

Reginald has built his team into what it is today through his singular focus on one thing: winning. Before there was much differentiation in esports, TSM stood out as the team that won the most.

So what happens when the team loses that identity? Nobody knows—TSM has never gone through a lean stretch like this current one that’s seen the team miss Worlds for the second straight year. What’s clear is that Reginald’s original premise, that TSM was a brand of winners, failed in large part because of Reginald himself.

The modern era of TSM began in the offseason following season five. We only know what the team is capable of because of the coup that Reginald pulled off in late 2015. When CLG unexpectedly dumped star ADC Yiliang “Doublelift” Peng, TSM pounced with an almost immediate offer to sign the mercurial player.

The signing of a longtime rival marked the beginning of a new TSM. Gone were the days of Marcus “Dyrus” Hill, Jason “WildTurtle” Tran, and Maurice “Amazing” Stückenschneider. This was now mid laner Søren “Bjergsen” Bjerg’s team, one made to get him to Worlds and win games when there. TSM filled the core of its roster with a brash young jungler, Dennis “Svenskeren” Johnsen, along with an unproven top laner in Kevin “Hauntzer” Yarnell. Those four players led TSM to new heights, winning a slew of LCS championships in 2016 and 2017.

The problem was, outside of the region, they couldn’t all seem to play well at the same time. At Worlds 2016, mid lane was a weak point when enemy teams contested TSM’s set plays and subsequently took control over the jungle. At MSI 2017—without Doublelift, who had taken a brief professional hiatus—the team’s top side pressed too far in trying to create advantages that weren’t there. At Worlds later that year, Doublelift was late catching up to the meta and how his lane was getting dived by enemy teams.

It seemed like something had to change after three straight international tournaments that ended in the group stage. But the wrecking ball that Reginald took to the roster was a huge shock. After the 2017 season, three players were dropped: Doublelift, Svenskeren, and support Vincent “Biofrost” Wang.

It’s easy to nitpick any team’s decisions in hindsight. But that’s not what’s happening here. In many cases, over the last few years, TSM has made several head-scratching decisions that were questioned heavily at the time. And nearly none of them have worked out the way the team would’ve hoped.

Releasing three players was was a big risk, and it was considered so at the time. Kicking Doublelift, someone who had won the last three LCS splits he participated in, seemed like it could backfire. The new bot lane of Jesper “Zven” Svenningsen and Alfonso “Mithy” Rodriguez was well-regarded after winning several European championships. But they didn’t have much more success than TSM in international play.

The final piece of the puzzle was the signing of jungler Mike Yeung, an extremely young player. He was voted as an NA representative at the All Star Event in 2017 based on his bold play and good showing at Rift Rivals. For all of Svenskeren’s failings, he was a Worlds-tier jungler before the team picked him. Mike Yeung was, for the most part, a complete unknown.

Integrating so many pieces turned into an abject disaster. Mike Yeung’s champion pool and playstyle didn’t fit the team at all and he was benched after just weeks in the lineup. The bot lane looked neither in sync with each other nor with the rest of the team.

That meant more changes and more uncertainty. TSM kicked three more players following 2018, with only Bjergsen and Zven retaining their starting roles in 2019. The team got closer—TSM were within a game of winning the Spring Split—before it faltered, not even earning a Worlds berth at the end of the year.

At each step along the way, TSM has made questionable calls that have gone against what others have suggested.

Reginald has built quite an organization over the years. The early focus on winning paid off—the team’s over 51,000 followers on its subreddit dwarf the numbers of competing LCS teams. It’s a pretty insular community—TSM tend not to talk much to outside media, preferring to keep things in house and self-publish news, interviews, and other content.

But it’s that echo chamber that’s failed TSM. It’s Reginald’s firmly-held belief that he knows what’s wrong and that if everyone will listen to him, the team will be successful. Reginald’s always been a big influence on his team—in the franchised LCS, fewer owners used to be players themselves. Reginald was and he uses his experience to manage the team in a much more hands-on manner. Many owners convene with their team at the LCS studio before and after matches, but few are as active in conversation with players and coaches as Reginald.

It feels like Reginald is so desperate to succeed and capture that early culture of success that he’s in some ways created the very opposite. Baylife, the company’s unofficial rallying cry, was supposed to represent a freedom to play aggressively and take risks. It was about trusting in your own skill, opponents be dammed. That’s not how TSM play today.

Past players and coaches have talked about a depressing attitude when things aren’t going well. That leads to rigid play, an overemphasis on comfort, and a fear of being wrong. And it’s not just on stage, either. Even if the team has a bad day or week of scrims, things get tense—never mind that scrims are supposed to be practice and that winning them doesn’t necessarily lead to growth.

Now there are rumors that Bjergsen, the last piece of the puzzle, may have finally had enough—or maybe the team’s had enough of him. He’s still a fantastic player in any regard, but if the problem is the culture, then maybe Bjergsen, who’s been there for six years, is a part of it. If the team is held back by a culture lacking in flexibility and missing an element of joy, then yes, Bjergsen probably does need to go for both him and the team to reset.

Whatever happens, keep Bjergsen or lose him, the future of the organization doesn’t rest in the hands of its players. It’s always been about Reginald—he’s always been the solo leader at the middle of all of this. If Reginald can’t find a way to step back and let his organization breathe, it’ll die, from a competitive standpoint.

And if losing happens, that’s fine. The cat’s out of the bag anyway: While Doublelift, the best player in LCS history, is on Liquid’s roster, winning the LCS is going to be tough for everyone else. For TSM, that means that it just can’t exist off of winning alone anymore. Baylife meant more than that and it’s time to bring Baylife back.