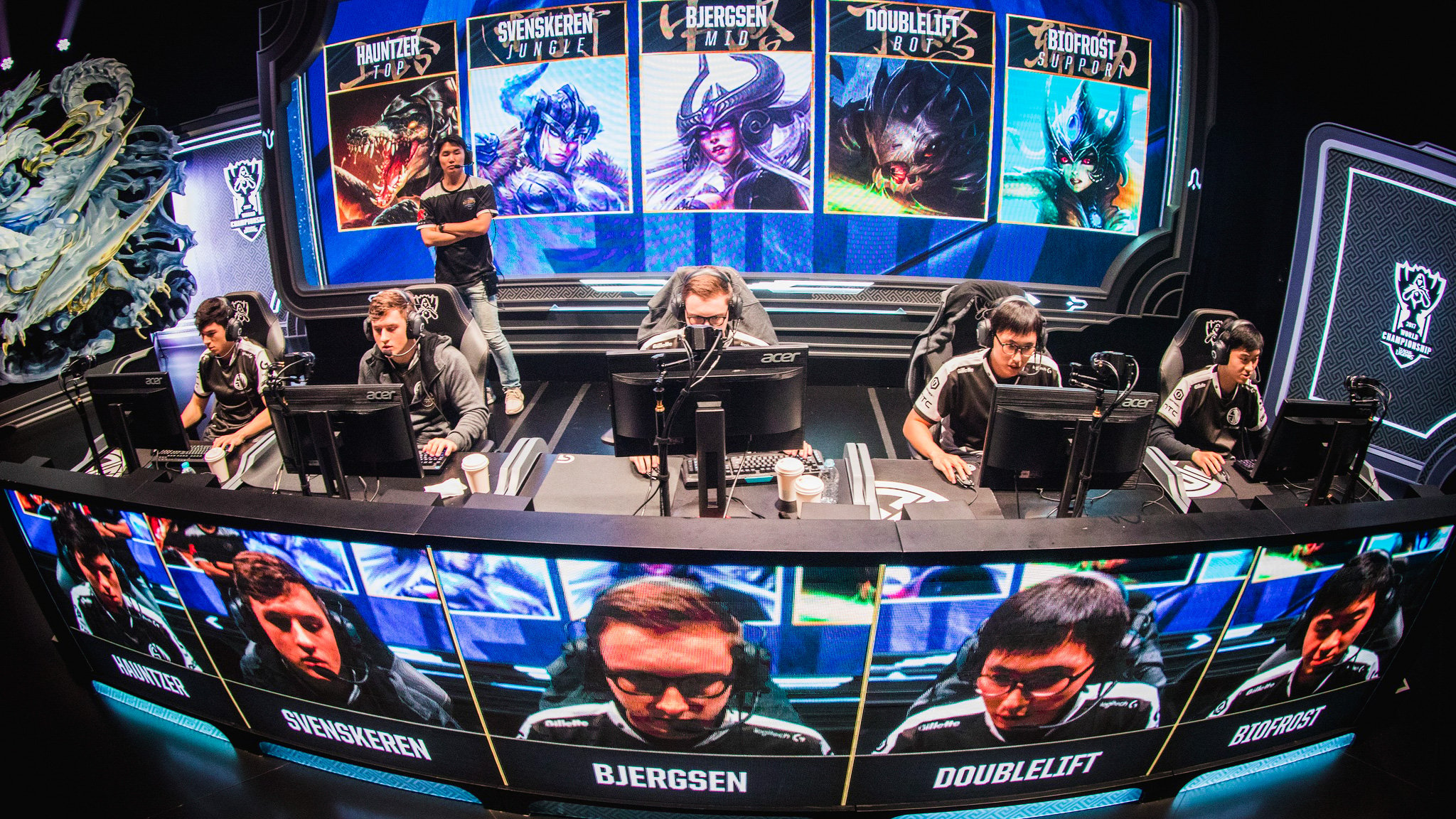 This year’s League of Legends World Championship was a crazy tournament filled with unpredictable moments.

Samsung Galaxy beating SK Telecom T1 in the final was a jolt to the system, but it was a microcosm of the capricious nature of Worlds 2017. We saw incredible comebacks, backbreaking throws, and wild games that made the tournament unique and unpredictable. But through all the chaos, a few constants remained. Chief among them? TSM, the NA LCS first seed, were eliminated in the group stage.

TSM’s woes at Worlds have become infamous over the last few years. They’ve dominated the North American scene since inception but have only a single Worlds quarterfinals appearance—in 2014—to show for it. No other team has obsessed about Worlds more. Nobody else has failed as spectacularly as TSM.

Heading into the offseason, TSM have to ask themselves a question with which they’ve become familiar: Where do they go from here?

All alone in the mid lane

The one player you know isn’t going anywhere is mid laner Søren “Bjergsen” Bjerg. The team was named “SoloMid” before Bjergsen’s arrival, but over the years, the name has become eponymous of the mid lane star.

On paper, Bjergsen is the perfect NA LCS mid laner. He combines European talent as one of a long line of Danish mid lane stars with NA residency. His contract is one of the best in esports, according to sources with knowledge of the situation, and it won’t be up for renegotiation until next offseason. His shot calling and game knowledge are superb. He was just named to Forbes’ 30 under 30 for gaming.

Under the surface, however, are warts that are slowly starting to show as Bjergsen fails over and over again at Worlds. The team invests a lot into his position, and when that isn’t an option, things often fall apart. The team keeps trying to experiment with different styles for Bjergsen, including champions that are more supportive of the side lanes. But when push comes to shove, it’s back to comfortable damage mages for Bjergsen.

In a vacuum, Bjergsen’s performances have been solid, and he isn’t the reason TSM lose. But stacked up against the best mid laners in the world, and his performances have been found wanting. He carries, but not as hard as others like SKT star Lee “Faker” Sang-hyeok. Sure, it’s unfair to compare anyone to Faker, the best player in the history of the sport. But for Bjergsen to win Worlds, that may be exactly the legacy he has to build for himself. Nobody said it would be easy.

Bjergsen’s Worlds performances have been uneven, but he’s also not getting a ton of help.

Targets on their backs

With Bjergsen safe, the two most obvious targets to be replaced are top laner Kevin “Hauntzer” Yarnell and jungler Dennis “Svenskeren” Johnsen. TSM has invested a lot into second-year support Vincent “Biofrost” Wang. He’s not a star yet, and his shot calling leaves a lot to be desired. But he’s a young player that his teammates continue to rave about. ADC Yiliang “Doublelift” Peng is his own mystery and deserves a section on his own.

The two players most tasked with helping Bjergsen carry are Hauntzer and Svenskeren. Hauntzer’s job is usually to draw pressure to the top lane so that mid and bot have breathing room. In theory, that gives Svenskeren freedom to focus his attention around mid lane, such as for TSM’s trademark blue buff invades.

TSM tried to shift focus last spring by playing to Hauntzer’s side of the map. The results were extremely inconsistent. It would have been normal for Hauntzer to take some lumps while learning how to shot call. But the team never looked comfortable playing to top side, especially with bot side losing with substitute ADC Jason “WildTurtle” Tran.

Hauntzer’s struggles took their toll on Svenskeren. Svenskeren was known as an aggressive counter-jungler for SK Gaming before his TSM days. But he’s a different player now, and looked completely lost working outside of the standard jungling framework he’s built with Bjergsen. He would invade blindly again and again, sometimes getting caught, sometimes getting lucky.

When TSM played stiffer competition at the 2017 Mid-Season Invitational, Svenskeren’s luck ran out. He was killed over and over again, and so was Hauntzer. The team improved in the summer with Doublelift back on the roster, but the issues turned up again at Worlds. A good tank player, Hauntzer kept playing carries that required Svenskeren’s time and attention to help snowball. And both players failed in their goal of impacting the map and helping the other lanes.

There were a lot of reasons for TSM’s group stage losses at Worlds, but the synergy between top and jungle are at the forefront of their issues. Still, there’s one other player that TSM have already tried to play without.

Doublelift: A tiger trying to change his stripes

One of the biggest revelations after last year’s Worlds failure was the semi-retirement of Doublelift. After Doublelift rejoined the roster prior to the Summer Split, TSM’s stated goal was to keep both ADCs on for the summer. That ultimately proved untenable—there simply aren’t 10 starting-quality ADCs in the region, and keeping two on the same team would be expensive in terms of opportunity cost. FlyQuest came calling for TSM’s extra player and TSM WildTurtle was no more.

That locked TSM into Doublelift’s binary playstyle. Doublelift wasn’t bad at Worlds this year, or at least not as bad as he was last year when his lane fell behind in game after game. But he wasn’t good, either. And the primary reason was that, after two years with the same roster, teams started to figure TSM out.

Everyone knows that Hauntzer wants to be ganked—and that’s why they don’t do it. Bjergsen is dangerous, especially on roams, but his pattern of invading blue buff with Svenskeren is predictable. And all Doublelift wants is to lane. Outside of Lucian—who’s rarely played in the bot lane these days—Doublelift has favored passive farm-til-late champions his entire career. Tristana is an old favorite of his, someone with whom he can safely farm past 20 minutes. Not having Varus—a great defender—in his champion pool was a key issue for TSM at Worlds.

In a post-Worlds interview with Duncan “Thorin” Shields, TSM owner Andy “Reginald” Dinh revealed that the players’ mentalities started suffering in the second week of group play, which resulted in their draft phase heavily gravitating towards comfort champions. For Doublelift, that means the team needed to generate pressure on other parts of the map so he could farm.

In NA, that’s not a problem, but at Worlds, TSM failed. Bjergsen had good games on early threats like Cassiopeia and Corki, but inexplicably went with Ryze in TSM’s final two losses. That locked TSM into the same failed strategy that plagued them in the spring: relying on Hauntzer and Svenskeren to carry.

In TSM’s tiebreaker loss to Misfits, the EU LCS team read them like a book. They ignored Hauntzer and kept Bjergsen busy. Then they set up camp around TSM’s bot lane, trusting that TSM wouldn’t be coordinated enough to prop up Doublelift’s losing lane. Defending from a disadvantaged position is an advanced skill in League, especially at this level. It’s one of the reasons the Korean teams are so good. Misfits punished the smallest mistakes, like recall timings, in a suffocating victory.

Over the years, TSM’s rigid playstyle has become their key weakness. It’s also much harder to fix than the players or the draft.

Is the framework broken?

In his interview with Thorin, Reginald blamed the overall low level of play in NA for some of his team’s troubles. His point was that, without better competition in the region, TSM would find it difficult to improve.

That argument doesn’t pass muster. It doesn’t explain why teams like Cloud9 can get out of the group stage, even against tougher competition. Or why EU LCS teams—playing in a more top-heavy league than NA—regularly go far at the tournament.

In reality, TSM’s problems are theirs alone. For some reason, they’ve signed five talented players and gotten less than the sum of the parts. It’s an organizational failure, not unlike the struggles Team Liquid faced this year, just on a different scale.

It would be wise for Reginald to take step back this offseason and look at how he’s running his team from the ground up. Reginald is known as a hands-on owner—his players have indicated that he’s a positive influence, but he should examine if being so close to the team is the best structure for long-term success.

TSM made a big gamble this season going into Worlds with the exact same roster as last year. It feels inevitable that changes will be made across the roster and coaching staff. Young talent with more flexible playstyles may help. But if TSM really want to win Worlds one day, they should take a deep look at how flexible their organization is and what the correct structure should look like. Results less than the value of their players on paper should be intolerable.

Reginald revealed one last interesting sentiment in his interview with Thorin—he knows TSM’s stated goal to win Worlds every year isn’t actually realistic right now. It’s going to take time to build the right team that can accomplish that feat. In that context, failure might have a silver lining. TSM will go into next year with no illusions over what could have been. If they can learn from the losses of the last four seasons and make lasting change for the future, the wait may yet be worth it.

TSM have a rare opportunity as a top team to start from scratch and build something worth waiting for. Here’s hoping they take it.