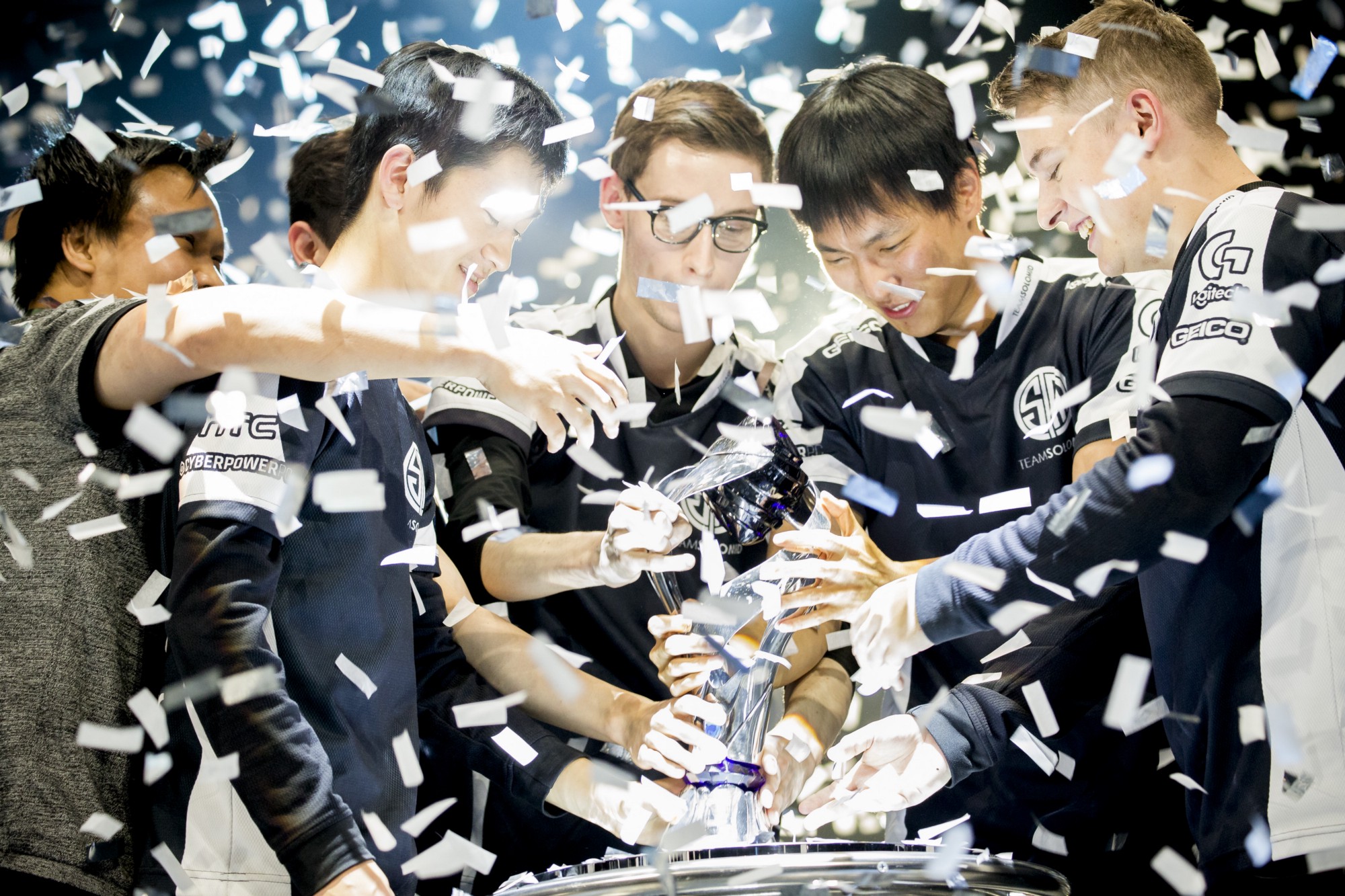 TSM had it all. A nearly flawless Summer Split. Dominant performances in the North American playoffs. A team wholly focused on the 2016 League of Legends World Championships, sacrificing streaming and other pursuits to scrimmage harder than ever. But the team flamed out. They didn’t make it past group stage at Worlds. Now they head into IEM Oakland with questions swirling.

How can they replace Yiliang “Doublelift” Peng, an iconic ADC who’s been part of the professional League scene since Season 1? Is rookie support Vincent “Biofrost” Wang the long-term answer? How do they find another consistent carry around star mid laner Soren “Bjergsen” Bjerg?

The team will be forced to answer some questions at IEM. The biggest one? What to do with their least important player.

This year was going to be different

It happens nearly every year: TSM’s rabid fan base calls it the best team in the North America. But when Worlds finishes, the team finds itself far from the Summoner’s Cup.

Despite that history of underperforming expectations, many fans and professional analysts felt that this year’s Worlds really would be different. All summer. the team exhibited a cohesive macro game around All-Star carries Bjergsen and Doublelift. Top laner Kevin “Hauntzer” Yarnell brought a varied champion pool, jungler Dennis “Svenskeren” Johnsen became more consistent at playing around Bjergsen’s pressure, and even Biofrost had standout performances.

TSM made a name for being the hardest-working group in the region. But sometimes less is more.

They were unlucky to be placed into the “Group of Death,” but a huge majority of fans picked TSM to exit their group stage, many in first place. Samsung Galaxy and Royal Never Give Up were strong contenders but both showed bouts of inconsistency.

Instead, Samsung went on a playoff run for the ages while Royal showed unusual cohesion. Royal’s veteran bottom lane duo of Uzi and Mata dominated Doublelift and Biofrost, enabling countless jungle invades. Doublelift in particular, looked completely out of sorts, taking bad trades and ceding control of wave after wave. He had some of the worst performances of his career, and Biofrost did not help his cause. Hauntzer was indecisive in teamfights, and the team couldn’t exert enough pressure for him to properly manage top lane waves. Svenskeren had a few strong performances but fell flat on his face early in the deciding game against Royal and never recovered.

The team was devastated after the loss to Royal that eliminated them from Worlds. Doublelift was apoplectic. Tactical coach Parth Naidu was somber and pensive. Their thoughts revealed how much the team invested in this Worlds run and how little chance there was that they could go through the same grinder again without major changes.

Worlds also exposed weaknesses previously unseen. TSM lacked vision control, especially against teams that cleared wards more actively. In North America, only Immortals really contested for vision; even then, TSM was more often the victor in those contests. Their macro play, so often the deciding factor in the LCS, was picked apart by teams that knew how to pull them around the map.

The first major change came with Doublelift’s announcement that he would take a break from competitive play. Losing a major carry and shot caller hurts. But its also a change that makes sense for the team. TSM needs to see what they have from Biofrost and the other positions if they are to become even better.

Building around the rookie

It’s strange to think that such a veteran team could be reliant on their least experienced player, especially one who plays support. But it’s essential that SoloMid figures out what they have in Biofrost. Does his champion pool allow him to survive meta changes like the lane-centric, ranged support atmosphere of Worlds? Can he position himself correctly to control the map as well as team fights? And most importantly, does he have a voice that can lead the team in the absence of the more vocal Doublelift?

Many teams rely on the jungler and support for shot calling because these positions are best equipped to see the map, roam for vision, and set up plays for the carries. TSM went another way by making Bjergsen and Doublelift responsible for shot calling, taking advantage of their knowledge base and game sense made sense in the short term. But for sustainable success, the team needs more from Biofrost and Svenskeren. TSM’s original reaction to Doublelift’s hiatus was to eschew IEM, bring in a rookie at ADC, and go all-in on the Biofrost experiment.

The alternative to giving Biofrost more responsibility would be to bring in an experienced ADC, like Konstantinos “FORG1VEN” Tzortziou. In that scenario, the duo could be responsible only for their lane, following instruction from the rest of the team for map play. That method could work with the amount of talent across the roster, but Doublelift’s lane mechanics were already strong—poor Worlds showing aside. Bringing in a facsimile might make things easier on their young support but would also somewhat hamper his growth. After considering the substantial interest they received from veterans, TSM backtracked and decided to sign an experienced ADC and in order to make a run at IEM.

The team sits at a crossroads, and their future could very well depend on how the duo lane performs in Oakland.

TSM has some flexibility with one remaining import slot.

The organization has acknowledged that the roster it brings to Oakland could very possibly change before the 2017 Spring Split begins. Replacing Biofrost with a more mechanically-sound support is an option it has to consider. But the best European supports are signed through 2017 and replacing Biofrost with an Asian player would be a challenge. Even Cho “Mata” Se-hyeong, a former world champion, had trouble integrating with his Chinese team, due in part to the language barrier. For a role like support, that barrier may be too much to overcome.

Likewise, the team would be hard-pressed to find a jungler who can best Svenskeren in both mechanical skill and team synergy. Svenskeren has learned to use Bjergsen’s pressure to move around the map, though he needs to improve his ability to track opposing junglers. Overall, North American supports and junglers showed the biggest drop-off in the transition to Worlds, and Svenskeren will need to get creative in order to improve while scrimming other players in this region. In the top lane, Hauntzer provides a lot of flexibility via his champion pool and generally does his job to hold the fort.

The prospect of a foreign ADC remains intriguing. In that scenario, the team could still rely on Biofrost to step up as a communicator and secondary shot caller. But outside of Kim “Deft” Hyuk-kyu, who already indicated a preference to return to the LCK, it’s hard to find a Doublelift replacement who would bring a similar level of prestige. And with Doublelift himself hinting at a competitive return next summer, the team may not need (or want) to bring in a more experienced international player as a long term solution. Regardless of who is brought in, it’s likely that the team’s ambitions rely on Biofrost and Svenskeren’s abilities to lead.

TSM has built one of the strongest brands in all esports. It has brought in considerable resources to support its players. But it’s hard not to view the current practice strategies in LCS regions as counterproductive. Scrimming endlessly against other teams is clearly not preparing these players to compete internationally, especially when their competition doesn’t rise up to the standards set by other regions.

The team needs to build a more cohesive, efficient practice regime that isn’t an off-stage reproduction of actual matches and doesn’t put undue pressure on the players. TSM made a name for being the hardest-working group in the region. But sometimes less is more.

But behind the issues and heartbreak are a lot of reasons to be optimistic. TSM’s coach, Weldon Green, is well versed in the psychology and leadership modes of traditional sports teams. Intrepid owner Andy “Reginald” Dinh made his name by pushing boundaries. Finally, their Worlds run suffered from some bad luck: Royal built a substantial mountain drake lead in the deciding game. Samsung and Royal turned out to be two of the most dangerous teams in the tournament; H2K made it to the semifinals before finally facing (and losing to) a Korean squad.

Their Worlds disappointment also doesn’t totally undermine the fantastic split they had. Even if by next summer the team looks the same as it did a month ago, there’s hope that better international results are in store.

If any team can reinvent itself and become even stronger, it’s this one. TSM will look far and wide for a new ADC, but the real growth will be internal.