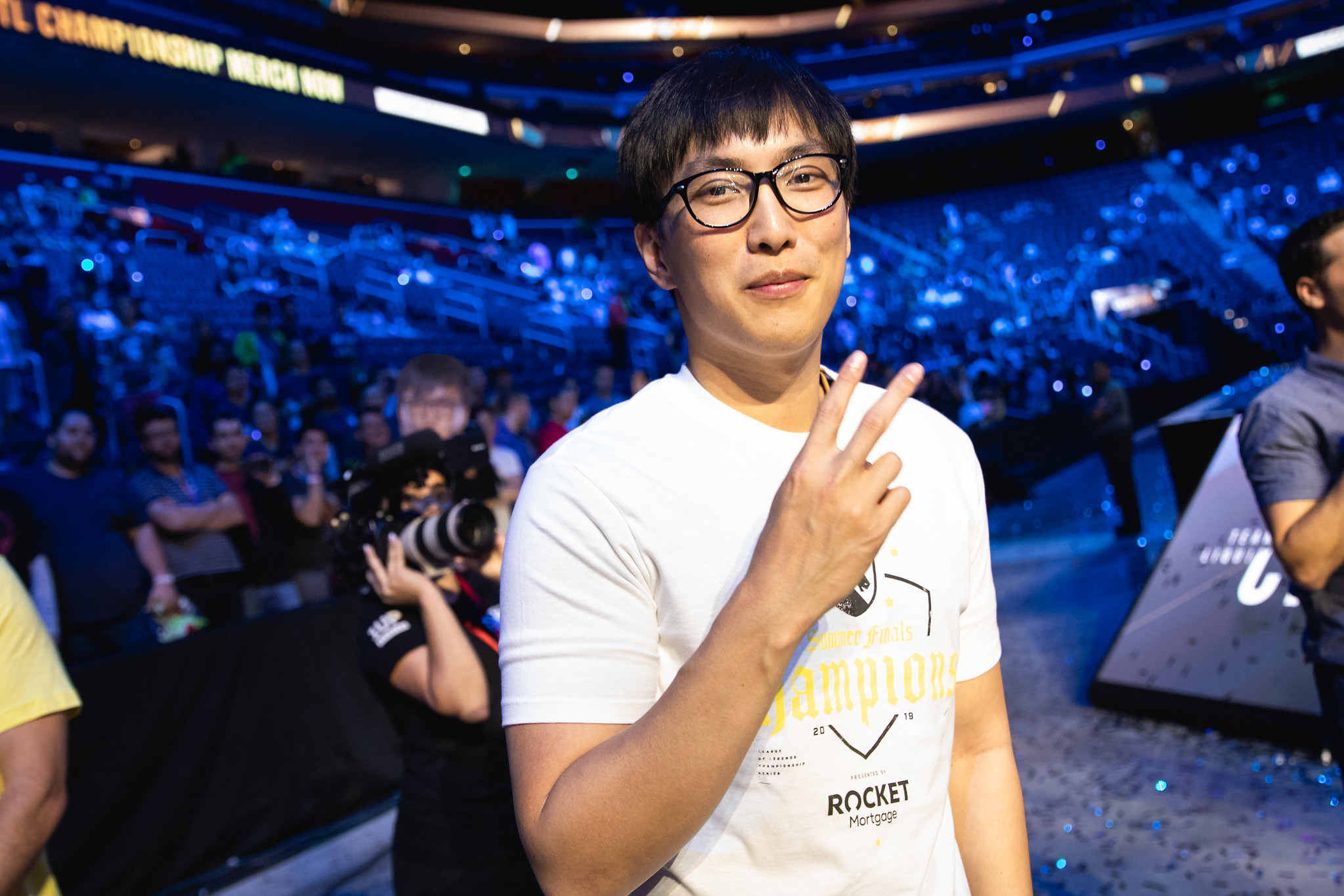 Yiliang “Doublelift” Peng has played professional League of Legends for a long time. He’s one of a select few who competed at the first Worlds and is still playing.

That means he was there when the North American LCS was first formed in 2013. He won championships before the league franchised in 2017 and he won more after. And yet for all his accomplishments, he has but a single LCS MVP award, which he earned last summer.

That’s simply absurd. Since 2015, Doublelift has gone on a personal winning spree in the region, taking home the championship in seven out of the eight splits he’s participated in. Team Liquid may have just beaten Cloud9 to win their fourth-straight title—unmatched in the annals of LCS history—but for Doublelift, it was a mind-boggling sixth-straight title.

League is a team game, and Liquid and Cloud9 showed us why in an exciting five-game series. But despite that, Doublelift deserves all the glory for Liquid’s win. This is his LCS and everyone else—his teammates include—are just witnesses to greatness.

In 2016, there was a moment when we wondered whether any of this would happen or if the championships would keep rolling in. Doublelift had just won his first LCS title in the summer of 2015 with CLG, but then the team booted him off the roster at the end of the year.

At the start of 2016, it seemed like CLG made the right call since they won the league again while TSM struggled with chemistry and coaching. CLG even made it to the finals of MSI, virgin territory for an NA team. Given TSM owner Andy “Reginald” Dinh’s mercurial temper and propensity for broad-stroke roster changes, that could have been it.

But Reginald made the right choice and kept Doublelift, pairing him with a rookie support, Vincent “Biofrost” Wang. The team instantly jelled behind Biofrost’s audacious Bard play and the steady leadership of unofficial team captain Søren “Bjergsen” Bjerg.

That summer, the team rampaged through the league, losing only one game in the regular season and one more in the finals. But rather than chalking it up to the bot lane leads that Doublelift manufactured, Bjergsen was named league MVP. Even Biofrost was put on the LCS first-team as voters viewed his contributions to be on par with Doublelift’s.

Regardless of where credit was given, it seemed like that TSM roster was built to dominate for years to come.

That didn’t happen either. Doublelift took a break from competitive play in early 2017 and watched from home as TSM won without him. But another disastrous showing at an international event brought him back to the roster, and the team dominated again in the 2017 Summer Split.

At Worlds 2017, everything was supposed to be different. TSM had an easier group and were expected to get out of it. But they failed again, going 3-3 and losing the tiebreaker to Misfits. Doublelift’s lane received a lot of criticism. TSM looked frozen against Misfits’ superior pressure and unconventional champion picks.

Two straight international disappointments were too much for Reginald. Reginald has never given up on his dream of winning Worlds—he’s never been satisfied with LCS titles alone. And he’s always trusted that only his leadership can bring the team to that level. So just like that, Doublelift was gone again.

Why are we bringing up all of Doublelift’s failures in an otherwise magnificent career? Why harp on the mistakes that others have made in their handling of the sometimes difficult but always dedicated ADC?

Because that history colors how fans still see him today. In the 2017 Spring Split, we had no idea how good Liquid would be. They’d been a bottom-two team before Doublelift arrived. That split, Zaqueri “Aphromoo” Black won MVP—deservedly so—but Doublelift wasn’t even named to the all-pro first-team. It was a stunning omission, the type that would never happen to someone like Bjergsen.

Maybe we’ve all gotten tired of Doublelift—of the trash talk, which has gotten less serious and more humorous over the years. Or maybe all those times he’s failed to get out of groups at MSI or Worlds has weighed on NA fans. After Doublelift finally won MVP in the summer of 2018, a familiar process repeated as Liquid won the region but exited Worlds early.

In the offseason, the team signed a new support, world champion Jo “CoreJJ” Yong-in from Korea. Doublelift made it work as he nearly always does. Liquid won again, but this time, CoreJJ took home the honors. Like other MVP award winners before him, he deserved it. He even earned our own vote.

But at some point, whatever it is that’s keeping Doublelift from the glory he deserves has to stop. Over the last five seasons, he’s won championships with three teams and four supports. He recently earned back the title of most kills in the region from fellow ADC Jason “WildTurtle” Tran.

Doublelift is, simply put, the best player in the history of North American League of Legends. This should be obvious by now, but somehow it feels like it isn’t. And it’s not particularly close either. His closest competitor is probably Bjergsen, a player who has only been dominant when Doublelift was playing by his side.

Nobody is perfect in North American League. The region is perennially second fiddle to the stronger Europe and typically a few steps below China and Korea. But it’s the best we have and the show belongs to Doublelift. NA fans should appreciate the man and enjoy his show while it lasts.