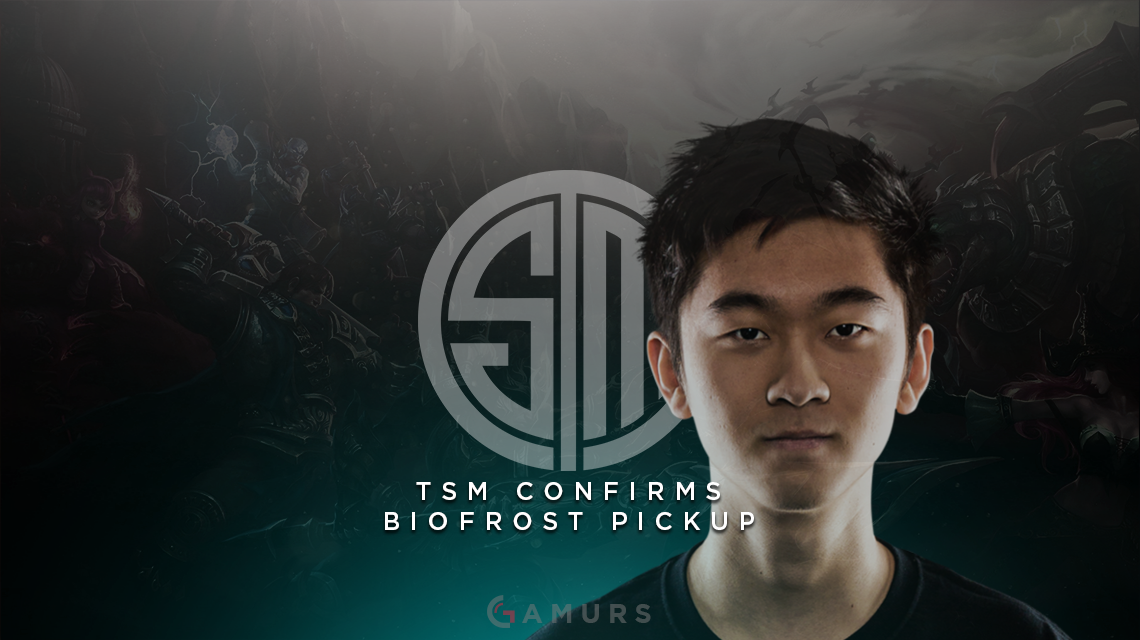 Following the exit of support Bora “YellOwStaR” Kim, Team SoloMid has been staging support tryouts and they just found their man in Vincent “Biofrost” Wang.

Yell0wStaR left the team after losing in the North American League Championship Series finals 3-2 to Counter Logic Gaming, deciding that he would rather return to Europe and his former team, Fnatic.

Along with several other players, Biofrost trialled with the team while bootcamping in Korea. According to the TSM press release, Biofrost caught star marksman Yiliang “Doublelift” Peng’s eye during trials in North America prior to the bootcamp in Korea.

In his time before signing with TSM, Biofrost played for North American Challenger squad Dream Team, which would be why most people do not know who this player is. Biofrost is flying under the radar, but being picked up by TSM shows the rookie’s potential as a player.

“I believe he was the best possible candidate for this position and given time, he will only become better,” TSM owner Andy “Reginald” Dinh said in the press release.

This pickup is almost the complete opposite of their last season, when almost the entire roster was scrapped in favor of a team of superstars that had never played together. Biofrost is homegrown talent and a small name with room to grow.

TSM’s roster is now finalized for the Summer Split, assuming Riot approves the signing and confirms that Biofrost will be allowed to play for the team.

Biofrost’s debut on TSM will be against longtime rivals CLG in the first game of the NA LCS Summer Split.

What do you think of TSM picking up Biofrost? Will he learn quickly enough to sustain the team’s treasured history, or will the pressure be too much for the rookie to handle? Let us know in the comments below or on our Twitter @GAMURScom and be sure to follow us to stay updated on all of your eSports needs.