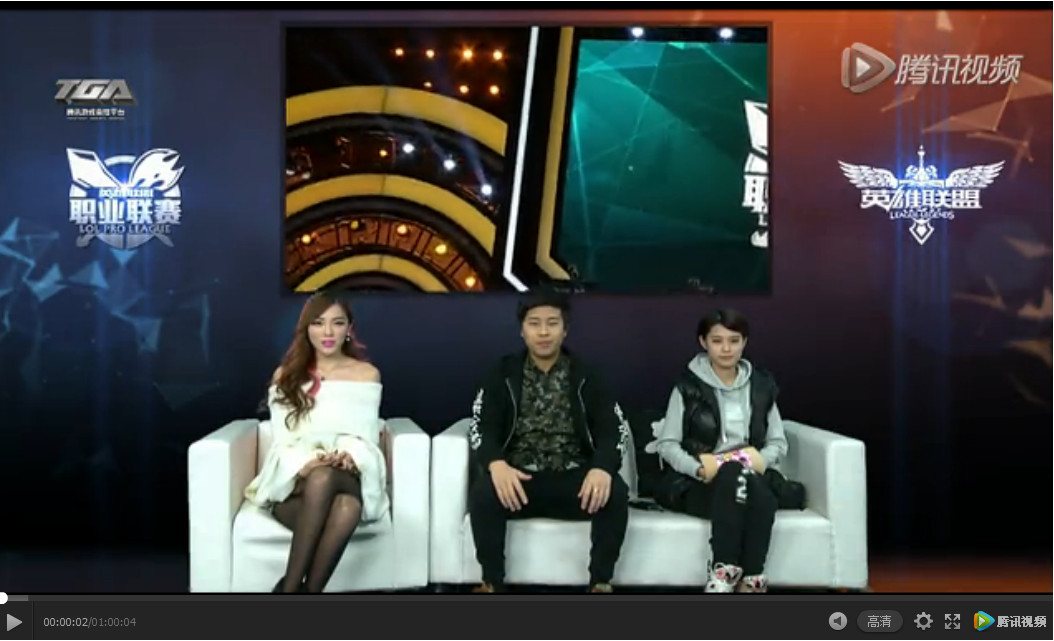 Hey guys! I am starting a new project which involves translating the LPL videos on the TGA official website.

As you may or may not know, TGA broadcasts the LPL games in China. Not only do they release VODs of the games, but also include another version of live casting by retired pro players for some of the good games. The pro casters change day to day (e.g. Wh1t3zz, Tabe, Godlike/Ackerman, etc).

I am mostly translating the discussions for pre-game, pick&ban, and post-game. There are a lot of interesting chit chats, rumours, and analysis that are only exclusive to these videos. Enjoy and please let me know if you have any suggestions!

White: I heard Spirit said during broadcast, “Fuck, my teammates are so garbage. I really want to change my team.” He really said that on air and there was a screenshot of it. But he was just venting because his teammate’s performance weren’t really good.

White: I think they should change mid to Xiye (their sub), but at the moment I believe he cannot officially be changed on the starting line-up, maybe he will play in later matches. Since his contract is locked in with WE.A, he can only swap with Dade (M3). But Dade isn’t underperforming.

White: Nidalee is extremely popular in China right now, due to her very short CD. High instant burst, and good team fight ability. MLXG jungling isn’t very good at the moment. I think he doesn’t live up to the rookie of the year title. Assassin — he has a wide champion pool and likes to play in-and-out champions like Ahri and Yasuo.

White: Ninja takes Anivia, reminds me of a mini-Weiless since he likes to try new champions. What I like about Weiless is his courage to use unconventional picks in LPL matches, which is different from scrims because on the real stage it’s better to learn what you did wrong and then fix it. Anivia is rarely used since S2 Froggen days.

White: Not sure how WE lost late game team fights in the previous game. They had a really strong team comp. and damage output from their champions. Says a lot about WE as a team right now.

White: WE and King might fight for Rek’sai pick, hard to say since Spirit has a very deep champion pool, but don’t leave Nidalee up it would be dangerous. (After pick) There you go, ban Nidalee and WE takes Rek’sai.

White: King should fight for Ahri, Janna or Jarvan. Wuxx why you like to play corki so much? Btw, not sure why WE’s uniform looks so ugly year after year. Now they look like idiots. I think it’s good to wear holiday uniform, but not so ugly.

White: Sion is very strong top lane 1v1. He has an approximately 70% solo Q win rate for winning lane in China. All he has to build is health and tankiness.

White: WE took out a weird composition, but did well except King played much better in team fights. Ahri and Corki played extremely well with high damage output in the late game team fight, very good flash from Wuxx to catch Kalista, took Baron and won the game. Kalista is a tough pick this game because she was instantly destroyed by the assassins on King’s team.

White: San returns! He looks confident waving to the camera. San maybe use Draven, he practiced it very hard in solo Q. He plays with the expectation to crush the enemy ADC.

White: Koro1, one of the fastest improving players on EDG. I think Mouse is better than Meiko, despite Meiko playing decent. Deft leans towards team fight over laning ability. He likes to pick Ezreal and generally ADC champions towards late game carrying; he is extremely skilled at positioning in team fights.

White: Koro1 faces Gogoing. Gogoing isn’t rated very high right now, and he has been flamed by the community. Top 3 top laner right now is Cola, Koro1, and Flandre (Saint Gun Bro). They play so well that it shocks me. Koro1’s (death to Cola) was due to his greed to kill Cola in lane and hesitation in decision making, which takes away from his laning ability compared to the other two unfortunately.

White: EDG bans Ahri for Cool. When I was pro the only thing I feared was Cool’s Ahri. He can land skill shots so well. Both teams’ bans target the mid laners, banning 5 mid laners! OMG is playing according to their plan: ban Lulu pick Gnar because Rumble cannot win against Gnar.

White: Nidalee is THE jungle pick in China right now. OMG wants to see where the Veigar is going before they pick mid. EDG is messing with OMG right now with flex picks. TF is a champion that depends purely on the skill of the player: map awareness, wave clearing, etc.

White: EDG saves Veigar to see whether the enemy team has a mid laner that can push waves, if yes then switch to support. Nidalee can put a lot of pressure on TF.

White: Wow what a game, highest level of competition in China! San and Xiyang performed extremely well this game. San was like, “it’s finally my turn.” Cool is expressionless. He was praised as being a god coming into this week but today he got solo killed, not very happy.

White: EDG had opportunities to win but didn’t take advantage of them. Clearlove performed really mediocre, clearly not as effective as Lovelin in either early game ganking or team fighting. Deft also didn’t perform up to par, his damage output was lower than San’s. EDG had several mid game decision errors. Pawn played well individually with great Nidalee mechanics, definitely a world class mid laner. Veigar unfortunately wasn’t as effective due to two quicksilvers being on the enemy team.

White: Cloud’s first time with Uzi. I talked with PDD in post-game. We thought that San’s item choice in the previous game was really weird, almost useless. He had no damage in the mid game on Graves, which made the champion useless as a duelist. Imp and Uzi, for example, would build attack speed and get in the enemy’s face to auto-attack them to death. San attacked really slowly.

White: Uzi, most expensive contract player in China, even greater than some Koreans. Is Lovelin’s hairstyle trending in China?

Hostess 2: Yes many of my friends dye it that colour.

White: I don’t like Hecarim top — please don’t flame me Gogoing – because I think Gogoing doesn’t understand Hecarim’s play style as well as his other champions, not as good as his Gnar. He could also pick Irelia which he can play really well. Way too confident picking the horse.

White: Great game, we could see why the two Koreans on EDG are worth over “5 million” RMB. Most impressive was Koro1’s Kassadin, rift walking into enemy team and slowing 5 people. At least the 1:1 tie between the teams satisfy the fans from both sides so they won’t start fighting.