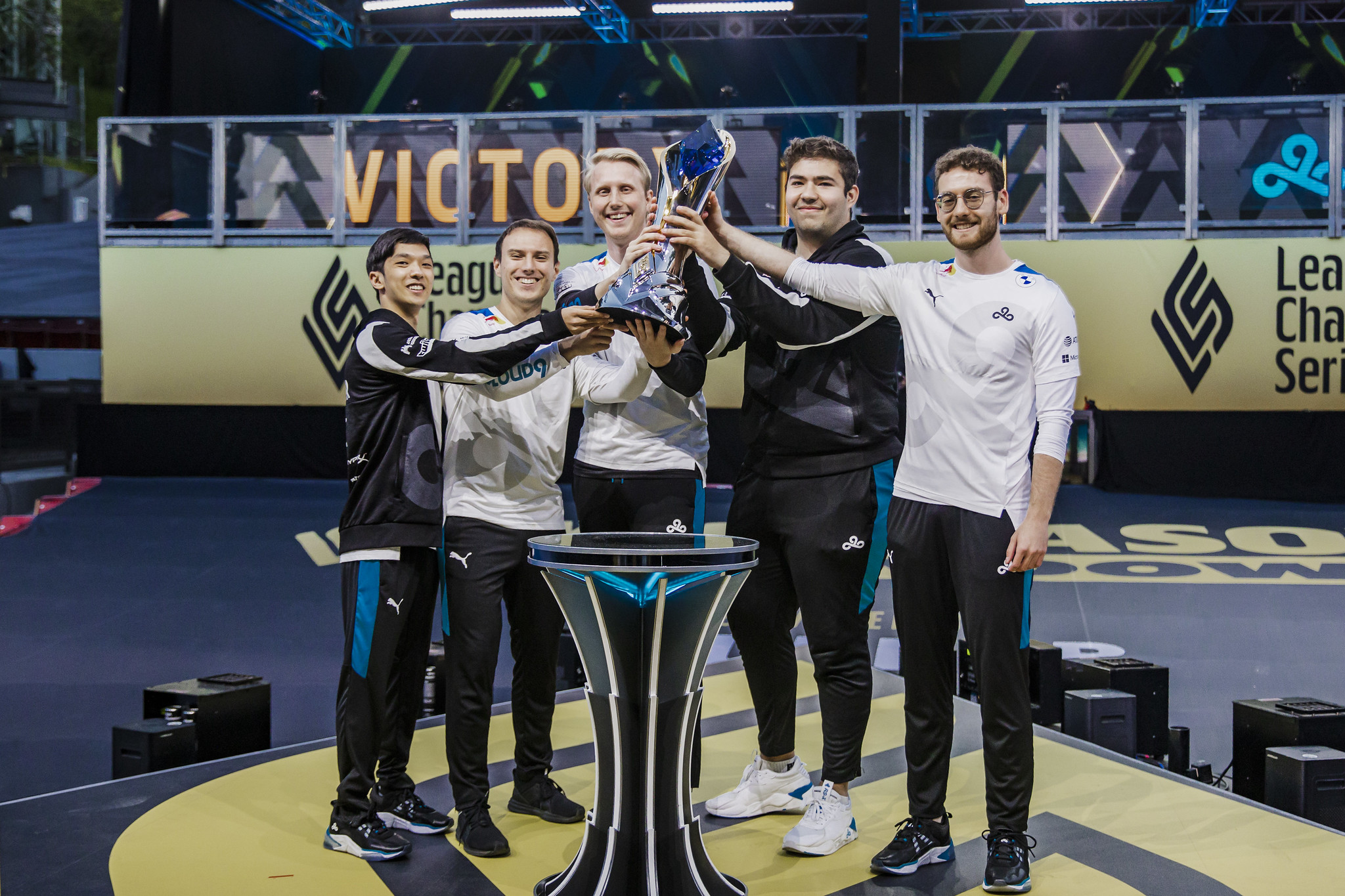 The Greek Theater might have been without fans, but the excitement was still the same for Cloud9 and their supporters when they stormed the stage after winning the 2021 LCS Spring Split last month.

The trophy was probably just as heavy as last year when they lifted it back in their own team headquarters during the 2020 Spring Split finals. But the atmosphere must have felt much more elevated—and not just because this was their second championship in three seasons.

C9 will finally get the chance to play at the Mid-Season Invitational. This same opportunity was taken away from them a year ago when MSI was canceled due to the COVID-19 pandemic. But now, they’ve earned the chance to represent their home as the best team from the LCS once again.

During the 2020 Spring Split, the global situation surrounding the COVID-19 pandemic was in a downtrodden state with multiple countries still trying to figure out a way to control the spread of the virus. As a result, that year’s MSI was canceled. It was the smartest thing to do, but for C9 fans, they can’t help but wonder how the team would have done at the event.

At the time, that iteration of C9 looked to be one of the best we’ve seen in a long while. The lineup had a great read on the current meta, the starting roster had firepower and consistency across the board, and they were leagues above the rest of the competition in NA. And yet we never got a chance to see them step under the bright lights of international play.

This year, C9 are ready to make North America proud and they’re bringing plenty of new faces to the table that could help them succeed against the juggernauts of the global League of Legends competitive scene.

At the beginning of the year, many NA fans were chomping at the bit to humble C9’s new top laner Fudge, who seemed like yet another overconfident rookie. The fiery 18-year-old came into the LCS mincing no words, talking trash to his opponents whenever he could on social media.

He ultimately fell flat in his debut, running face-first into some of the best top laners in the region, like 100 Thieves’ Ssumday and Team Liquid’s new star, Alphari. His teammates were also learning to play with him and their new superstar mid laner Perkz, so growing pains were still expected for such a heavy-hitting roster.

“I think that something I didn’t focus on before the tournament or before those games was that I can use my teammates to help me as well, and not just me one-vs-oneing,” Fudge said in an interview with Dot Esports. “Top lane isn’t just one-vs-one, even though it’s sort of the narrative.”

The start of the season was also a bit rough for the newcomer. Even though he was decidedly the best top laner in NA Academy, the LCS is plenty of steps up comparatively, especially in terms of macro and team play. But with such impressive staff and teammates around him, C9 only needed a bit of time to find a winning formula.

Six weeks and an LCS championship later, those same doubters have now turned into Fudge believers. The young star has found his place among his peers, and more importantly, the team has found their way to play around his prowess.

He showed great flexibility with a champion pool that ranged from Sion and Gragas to Camille and Jax. During the 2021 Mid-Season Showdown, he held his own—and in some moments, even outplayed—Ssumday and Alphari, with some much-needed help from Blaber. It’s clear that he’s quickly become one of the region’s rising stars.

“Personally, I had no doubt in my mind for even one second the whole split that at some point, Fudge would be the best top laner in LCS,” C9’s star ADC Zven said in an interview with Travis Gafford. “I think Fudge fits perfectly into our team and the current meta, and he’s willing to play different styles of champs.”

Now, we just need to see where he’ll stand among the titans of the top lane kingdom at MSI. Names like Khan, Xiaohu, and Armut await him, ready to battle for supremacy in Iceland. Fudge will need to continue heating up at the biggest tournament of his career thus far or else he’ll risk freezing in the cold shadow of his peers.

Throughout his illustrious career, Perkz has reached more peaks than many Western players could dream of. He’s won the LEC championship multiple times with one team, he’s been on a top-four Worlds team three times—with a finals appearance—and he’s one of two players to win a championship in both the LEC and LCS.

But his biggest achievement thus far has to be winning MSI in 2019 during G2 Esports’ destructive run through that year. And in 2021, G2 won’t be attending the tournament, which means that Perkz is the only piece from the current reigning MSI champions coming back to defend the crown.

When the 24-year-old star came to NA, he told his fans that he wasn’t here to retire, as so many people love to joke about. Instead, he wants to destroy the competition and “take [NA] higher than its ever been before.” Well, it’s time for Perkz to put his money where your mouth is.

The competition is fiercer than ever before and the mid lane competition he has to deal with is just as ferocious. But the biggest test for him lies directly ahead in Group C when he finally gets a chance to face off against the team that knocked him out of Worlds last year, DAMWON Gaming.

Last time, Caps was facing off against ShowMaker in the mid lane. This time, Perkz gets to have his Thanos “fine-I’ll-do-it-myself” moment by facing off against the Korean superstar. But he’ll also be guiding this team into its first big international event as one of its leaders.

Many people know that Perkz is talented mechanically, but not many people have talked about his effect on communication and coordination. The intangibles that fans don’t see behind the scenes could be the reason why C9 elevates to new levels this season—and MSI will be a big test for his leadership skills.

In the end, NA will be an underdog among the three major regions once again. But C9 aren’t a team that anyone should take lightly. Blaber, for example, has become one of the best junglers in the West. Zven and Vulcan have been the most consistent and strongest bottom lane duo in the region. And as a whole, the team has continuously improved since the start of the year.

They’ve conquered North America. It’s now time for them to take hold of this chance and make it known that no one should ever consider them an afterthought on the global League stage.