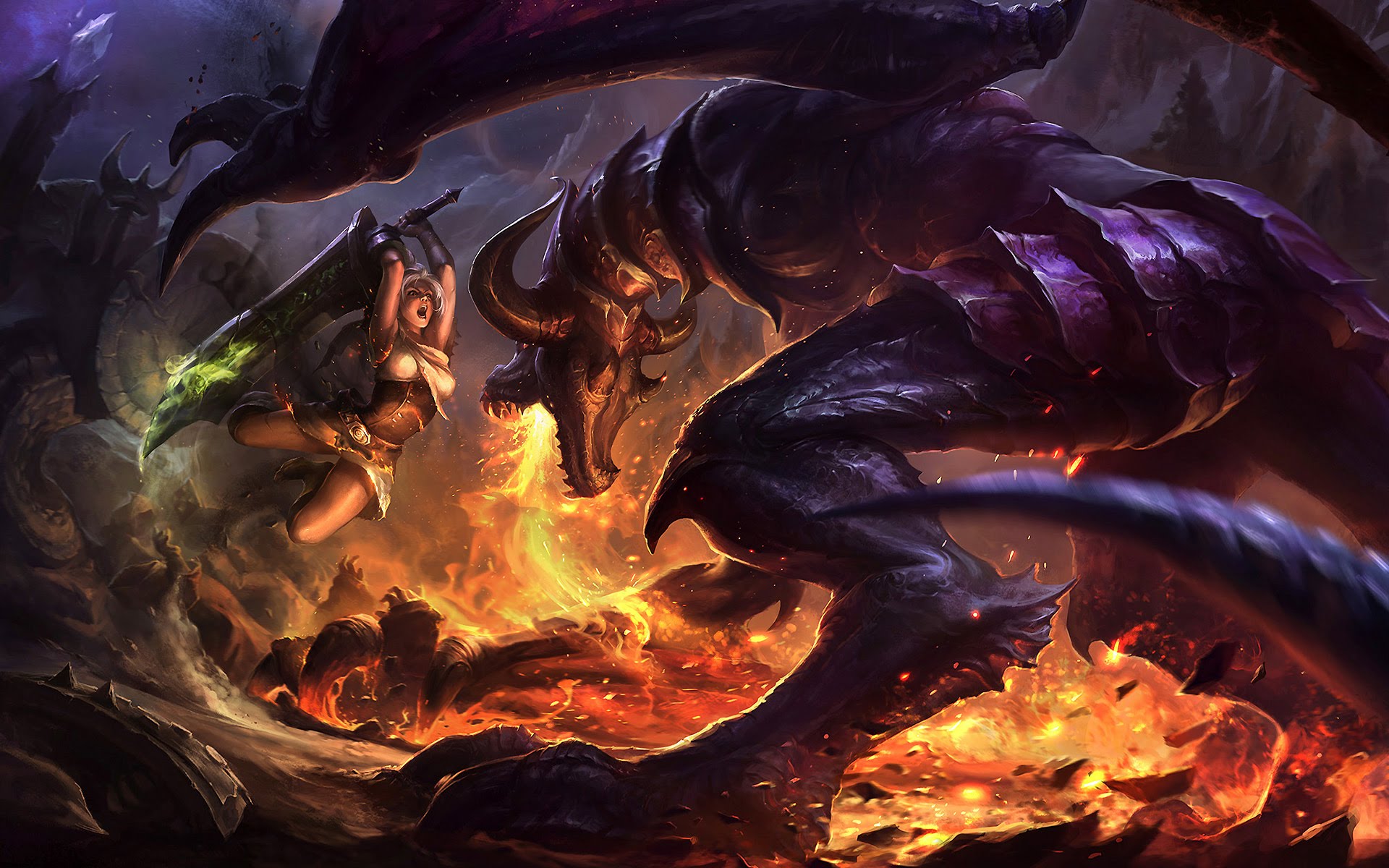 Randomness in League of Legends could be changing soon.

Last week, Riot gave hints for what role RNG will play in League’s future through a video shared on its editorial website, Nexus. The video explains the nature of variance (Riot’s term for RNG or randomness), and touches on how this has worked for League in the past. By discussing what has and hasn’t worked so far with variance in the game, we can guess at what that means for the future.

In the video, Riot Ghostcrawler explains RNG from the game development perspective and how it coincides with good gameplay. He also explains why the development team at Riot has chosen certain aspects of variance to be added into the game. It all comes down to the two types of variance: input and output.

The video also explains what League’s goals are for variance, and after comparing that goal to what’s in the game now, we can guess that big changes are coming. This will probably either be the addition of more random elements or changes to what randomness exists in the game already. So what levels of variance, or randomness, can we expect to see going forward for League?

Have you ever played Dungeons and Dragons? How about World of Warcraft? If so, you’ve dealt with the system of ‘output variance,’ which is rewarding yet also extremely frustrating.

Rolling the dice in DnD to see if your fireball hits its mark or hitting the ‘greed’ button in WoW to get those sweet, sweet loots at the end of a mythic dungeon are examples of output RNG. The idea behind output is that you already know what you want to happen, and you roll the dice to attempt to reach that outcome. Sometimes you get what you want, but the odds dictate that you often do not, and you are forced to try again and again until you see your desired result.

In DnD, this system works. In WoW and other MMO’s, this definitely has its place. But in a strategy game like League? Not so much. The more output variance you have in a strategy game, the less of a strategy game it becomes, and you’re forced to surrender yourself to Lady Luck to win your games. Take Hearthstone for example, an online strategy card game where your hand of dealt cards is randomly pulled from your deck. Your combinations of cards and chances of winning are almost completely up to RNG to the point that the game has been dubbed, unceremoniously, ‘RNG-stone’ by the players.

Unfortunately, League has had some run-ins with too much output variance in the past. Remember ‘dodge’? It was a stat, just like armor, attack speed, and anything else, that increased your champions’ chance of dodging incoming damage. This meant if you were lucky, that Vayne basic attack flying your way for the killshot might just miss and you can therefore win your duel, when in any other situation, she outplayed you. That’s awesome for you—not so much for Vayne. This type of randomness leads to very frustrating situations, those of which have no place in a high-speed strategy game like League of Legends. Although dodge was removed back in 2010, League isn’t devoid of output RNG quite yet. Critical strikes? Yeah, that’s output RNG.

So if output RNG isn’t the right type of randomness for League, what is? Well, there’s only one other type: Input.

Input RNG is also called “adaptation RNG.” This type of variance randomly decides elements of the situation that you place yourself in, forcing the player to adapt to the changed surroundings to gain the upper hand on their opponent. This type of variance is at home in League of Legends because it keeps the games inconsistent and exciting while engaging the player to rely on skill and experience to deal with it.

Input RNG can be seen in DnD as well, just on a smaller scale. At the beginning of your game, the Dungeon Master will tells you the world you’re playing in, or, later, they’ll tell you that the room you just walked into had a giant ogre with a magic battleaxe. Those are both examples of input variance. In League it can be seen in newer additions to the game: Elemental dragons, jungle plants, and even Kindred’s passive.

Players on both teams are forced to adapt to whichever elemental dragon spawns, prioritizing it differently depending on how it benefits their unique situation. When the plants spawn in random patterns throughout the jungle, team fights can be fought to contest plants—vision gained from the Scryer’s Bloom can reveal a Rengar hiding in a bush, completely changing the course of the upcoming fight itself, and so on and so forth. Kindred’s passive targeting an enemy jungle camp for her hunt can force her and her team to maneuver into an invasion pattern to move into the enemy’s jungle, in hopes of either getting the camp or killing any enemy champions that moved to contest it.

Input variance leads to fun, less predictable gameplay in a strategy game and makes winning dependent on correct decision making in a pinch.

So if input variance is the way to go for League of Legends, what does that mean for the future?

Well, we can only guess as we’re not inside the minds of the game development team, but in the video, Riot Ghostcrawler goes out of his way to say that output variance does not work well in League. Output variance is on its way out, that much is clear. The output system for RNG is fun, challenging, and rage-inducing as much as it is satisfying, just not in League of Legends. In League, it’s less fun and challenging as it is rage-inducing, and that shouldn’t be the case for a game designed to be a fun strategy game.

That being said, the only big output variance system left in the game now is the critical strike system. Riot has toyed with the idea of removing the system in the past, but we haven’t seen this come to fruition yet despite the community wanting it to happen. There are clear points of interest here that would make removal of crit chance very difficult. Firstly, there are champs that have crit chance ingrained into their kit in a way that would make pulling crit out very difficult, like Jhin and Yasuo, and may even lead to a redesign of the champion itself.

Not only that, but the crit chance system has advantages that cannot be ignored. Having the damage amp on basic attacks that forces some attack-damage-carries to decide on building items to increase their chance of critically striking, or just improving raw damage in a high-risk/high-reward scenario can be very exciting.

But do the disadvantages outweigh this? The most extreme disadvantage is that crit can negate skill. You may find yourself completely outskilled and outplayed by an opponent that has put many hours into playing their champion to reach elitehood, but you end up winning a fight because your basic attack randomly blessed you with more damage. This leads to skillful players choosing to avoid fights even though they could outsmart their opponent if the luck of crit wasn’t a factor. Another issue surrounding crit is when people choose to put less effort into learning difficult champions when they can just pick Caitlyn and increase crit chance.

Removal of the crit system may be in the works, but due to how deep it’s seeded into the game, it may require a complete upheaval and rework instead of just a blanket removal entirely.

Keep in mind, the devs can’t go overboard with input variance. There has to be some level of predictability in a game such as League. For example, I don’t think we would ever see a rotating list of items available in the item shop, and I don’t think we’ll ever see rotating game modes on a competitive level like Heroes of the Storm. We could, however, see rotating jungle camps. With the removal of smite buffs and the plants being added in an effort to make the jungle less solvable, monsters rotating through the camp locations in an unpredictable pattern could solve this entirely.

Adding themed abilities and attacks for the jungle monsters based on the elemental dragon that spawned last is a possibility for input variance as well. Another addition could be a random element to minion waves—more casters in one wave or more melee in another—forcing the player to deal with the waves differently to be effective.

Of course, this is all speculation, but it is exciting to think about for the future of the game. Two things certainly could make League even better, though: less output variance and more input variance.