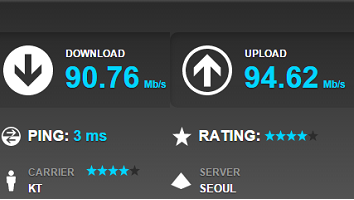 Note to readers: This article is aimed at showcasing various differences that the Korean server contains, not at highlighting negative images or racial stereotypes by any means, nor is it meant to apply to every single game. I am basing my knowledge on living in Korea since 2010 and playing over three thousand games between bronze and diamond on the KR server since it was released. That being said, enjoy.

Korean culture is always in a constant state of motion at a much faster pace than that of others. You cannot go long living in Korea without hearing the words “?? ??” [bbali bbali], roughly translated as: “hurry, quick!” The League of Legends scene is no exception. Almost everything on the Korean server happens more quickly than on other servers I have played (NA and EUW). Sometimes the complexity of games lets this distinctive factor go unnoticed, but other times it is all too apparent. There seem to be a few components that give life to this mentality on LoL:

As an elementary school teacher in Korea, it’s hard for me to go for more than a few hours without hearing a student mention something related to League or seeing some advert outside a PC bang. So how do all these affect games?

It starts at the lobby.

Ranked games start out the same as any other server, but this is where the aforementioned speed starts kicking in. Bans often end within a matter of seconds, going back and forth in a blink of an eye. Champions are locked in and swapped before an untrained eye can read what champions are banned. The full time for a pick or ban is rarely used. I have, on occasion, loaded into the lobby to see that bans have already finished.

While the game loads, there usually isn’t much time to do anything other than maybe either grab a drink from the fridge or take a quick leak. No time for solids though, either in or out, since you need to be ready to jump out the gate when it opens.

The game has loaded and the pinging begins. You need to grab your items quickly and make for wherever the fun is about to begin. The Korean server has been in love with the level one and invade strategy for over a year now, and it happens almost every single game here. If you lag behind or take your time, you might find your ears full of pings and rage. This phase can make or break your team’s morale. The outcome of the level-one fight can make your team happy and sweet or just leave behind bitterness that is your teammates. So what happens when you face the bad outcome?

Here is a possible and also very common scenario:

The team loses either the level one invade or fight. The game continues to go poorly over the next few minutes. The dreaded ?? ?? (aka mid open, more commonly “push mid” in NA) is uttered. Another asks to surrender every two minutes. When this does not go over as they wish, they go afk. The team loses within the first 20 minutes. RIP, motivation.

The logic behind this is that since the game isn’t going favorably, they want to just end the game and start a new one. They do not wish to waste time on a “lost game.” I have seen many times a game come to a surrender at twenty minutes when the team was only a few kills behind or even actually winning in gold.

This could be attributed to the busy Korean lifestyle sometimes. Since many Korean players — whether students or employed adults — do not have a great deal of spare time, they wish to save their time and “mental” (focus and motivation) for a game with better chances. Other times, they are playing at a PC bang and paying by the hour to play the game. Many do not wish to play out a game they feel they cannot win and waste their precious time and money. Time here is, both literally and figuratively, money.

Once the game ends…

Typically, there isn’t much chat afterwards. Many hop right back into another game and continue on. Honor is rarely given out here. When I counted mine a few months ago, I received more honors in five games on the NA server than I did in thirty games on the KR server.

Games finish fairly quickly. Yes, games can drag on but, at least from my 3 years of experience on the Korean server, not nearly as often. Of course, this also means that when you crush the enemy team early on, they could just call it a loss and throw in the towel, locking you in on a swift and easy win. So I guess the Korean server is both good and bad, depending on how you look at it. For those who like to try to win the game whatever the early signs say, it can be frustrating. For the ones that prefer to invest more in games with better chances, it can be exciting. One thing I’d like to point out as a stand-till-you-finish guy, though, is that I have seen people not know what to do during the post-thirty-minute games. Playing lots and lots of quick games can do that to you. But if you don’t have to get to the late game anyway, it doesn’t really matter whether or not you know what to do then. So whatever your play style is, keep your cool and enjoy the game. And please don’t rage quit and leave your team at a disadvantage. This is solo queue and every game has the potential to be won, unless you have an AP support Urgot and then it’s GG no matter what. You hit play, why not play the game out?