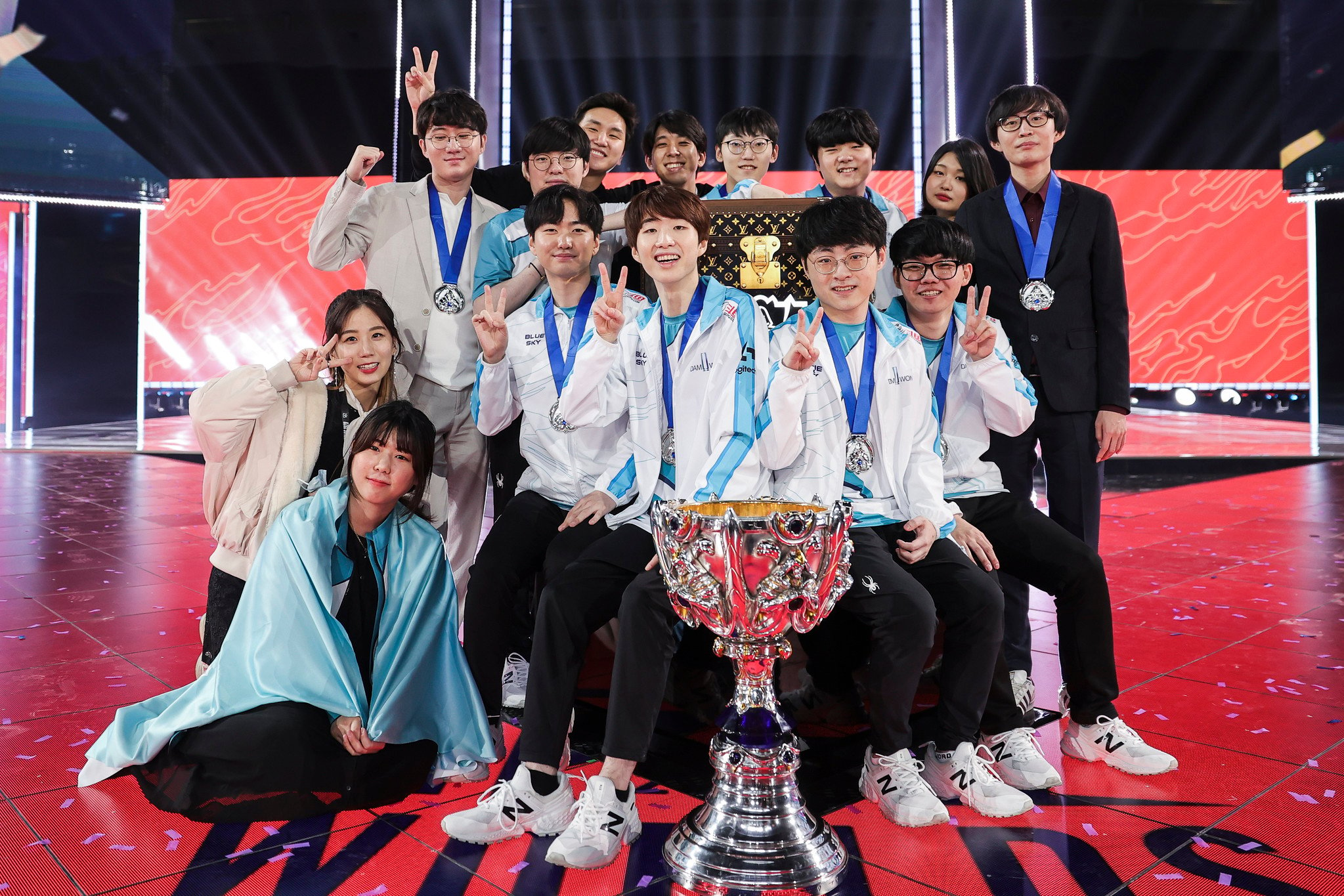 As we approach the end of the year, many people will be thankful since 2020 was one of the most turbulent years in recent times. Many industries across the world had to quickly adjust to the dangerous circumstances of the COVID-19 pandemic—and the League of Legends esports scene was no exception.

It was hard for both teams and talent since not many had experienced League on the big stage like this before. Whether it was all online or in the studio without a crowd to cheer them on, several players admitted that it felt different to play out the season in this manner.

And yet there were some rosters that persevered through the difficulties and uncertainty. Some teams adapted and became even better iterations of themselves all to win.

Here are the three best League teams of 2020.

It should come as no surprise that the 2020 world champions are featured on this list. After their performance in the second half of the year, DAMWON etched their name into the history books as one of the most dominant rosters we’ve seen in a long time.

This team featured superstars like Nuguri, Canyon, and ShowMaker, all players who are considered one of the best in the world in their respective roles. Ghost and BeryL also made up one of the more underrated bottom lane duos at Worlds since the former became one of the best weakside AD carries in the world while the latter helped take control of the map with aggressive, decisive roams.

Although the team finished in fifth place and had an early exit from the 2020 Spring Split playoffs, the 2020 Summer Split was a completely different story. In fact, from the start of the summer, the team only lost two games on the way to their first LCK championship.

DAMWON’s road through Worlds was just as destructive, with the Korean first seed only losing one game in the group stage to JD Gaming. Afterward, they swept past DRX with ease and beat G2 Esports in four games. In the finals, they only dropped a single match against Suning on their way to the World Championship.

DAMWON lost Nuguri in the offseason, though, and the talented top laner was a huge part of the team’s identity. But that specific group of players will always be able to look back at 2020 and think “this was the year we brought the Summoner’s Cup back to Korea.”

Although Suning didn’t have a star-filled roster like DAMWON, the whole team had a storyline that could get any League fan to root for them during the World Championship.

Throughout the tournament, Suning were an underdog in most of the matchups they faced, especially in the knockout stage. Whether it was JDG, Top Esports, or DAMWON, many people thought that the LPL third seed would get eliminated.

And yet their lineup shocked the world over and over. During the 2020 Summer Split, Suning lost against both JDG and TES—and were even swept by the latter in the playoffs. But during Worlds, they bested both of them in a best-of-five setting by only losing one game to each.

Whether it was jungler SofM showing off his flashy Lee Sin, rising ADC Huanfeng carrying with Jhin and Ezreal, or their budding young star top laner Bin placing the team in his backpack to pull them to victory, Suning’s roster quickly became popular among fans thanks to their exciting and unconventional play.

This roster persevered through all of their shortcomings, transforming themselves from an 11th-place team in the spring to a Worlds finalist. Even though they didn’t take down DAMWON, their 2020 run is still something to be proud of.

Next year, Suning will have to adjust its lineup due to the departure of veteran support, SwordArt, who’s made the trip stateside to join TSM. The talented 23-year-old was a leader for this young roster, but this past year may have given the rest of Suning enough experience to help them stay at a high level.

This was an interesting year for G2 fans since they didn’t look as dominant as they did in 2019. The European juggernaut was still the best team in the West this past year, however.

With a powerful core comprised of some of the best players in the region, the team stumbled a surprising amount of times, including playoff losses to MAD Lions and Fnatic and a third-place finish during the 2020 Summer Split regular season.

Even though the roster seemed to be going through a little bit of a rough patch, they knew how to turn it on when it mattered during the playoffs. G2 eventually worked their way back to the LEC finals, where they swept Fnatic for back-to-back championships.

Their Worlds 2020 run started off great, with the team tying Suning for first place in Group A with a 4-2 record. They also beat Gen.G in a convincing sweep but were eventually taken down by DAMWON in four games.

Many EU fans thought G2 were going to finally get their revenge for their finals loss against FunPlus Phoenix the year before, which is why this result was relatively disappointing. This early exit, however, might be exactly what the team needed to push them to another level.

In the offseason, the team parted ways with star mid laner Perkz. It was a decision that shocked the world, but sometimes, even the best teams need some changes to continue growing. With superstar ADC and former Fnatic player Rekkles now on the team, G2 is ready to break records and make history once again in 2021.