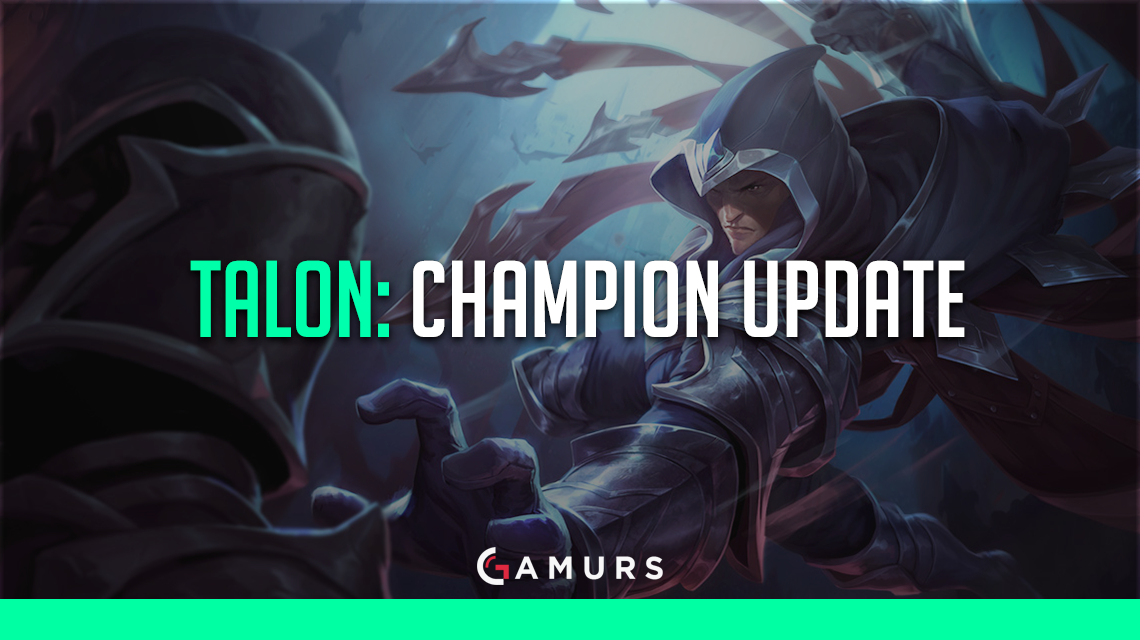 Riot just released a video about Talon, showcasing the updates made to this champion for the upcoming season and giving a quick rundown on what players should expect the new Talon to play like. You can view the video below.

Parkour seems to be the focus of this champion going forward; as soon as he has his target locked, there’s no real way to escape as he has the means to get to you if he wants too and escape if needed.

His biggest change comes in his new E, Assassin’s Path. He can click on any terrain, natural or player made, and parkour over it. However, doing so leaves a massive cooldown on that part of the terrain, meaning its a one-way streak from here on out.

Q now has two abilities depending on the situation. Short distance casts do heavy damage, while long distance has you dash and hit your opponent for less damage.

His new passive allows you to apply bleed damage after three hits from any of your abilities chained with each other. A fourth basic attack starts the bleed effect.

The new update is all about pathing and hindsight; ambushing is the way forward.