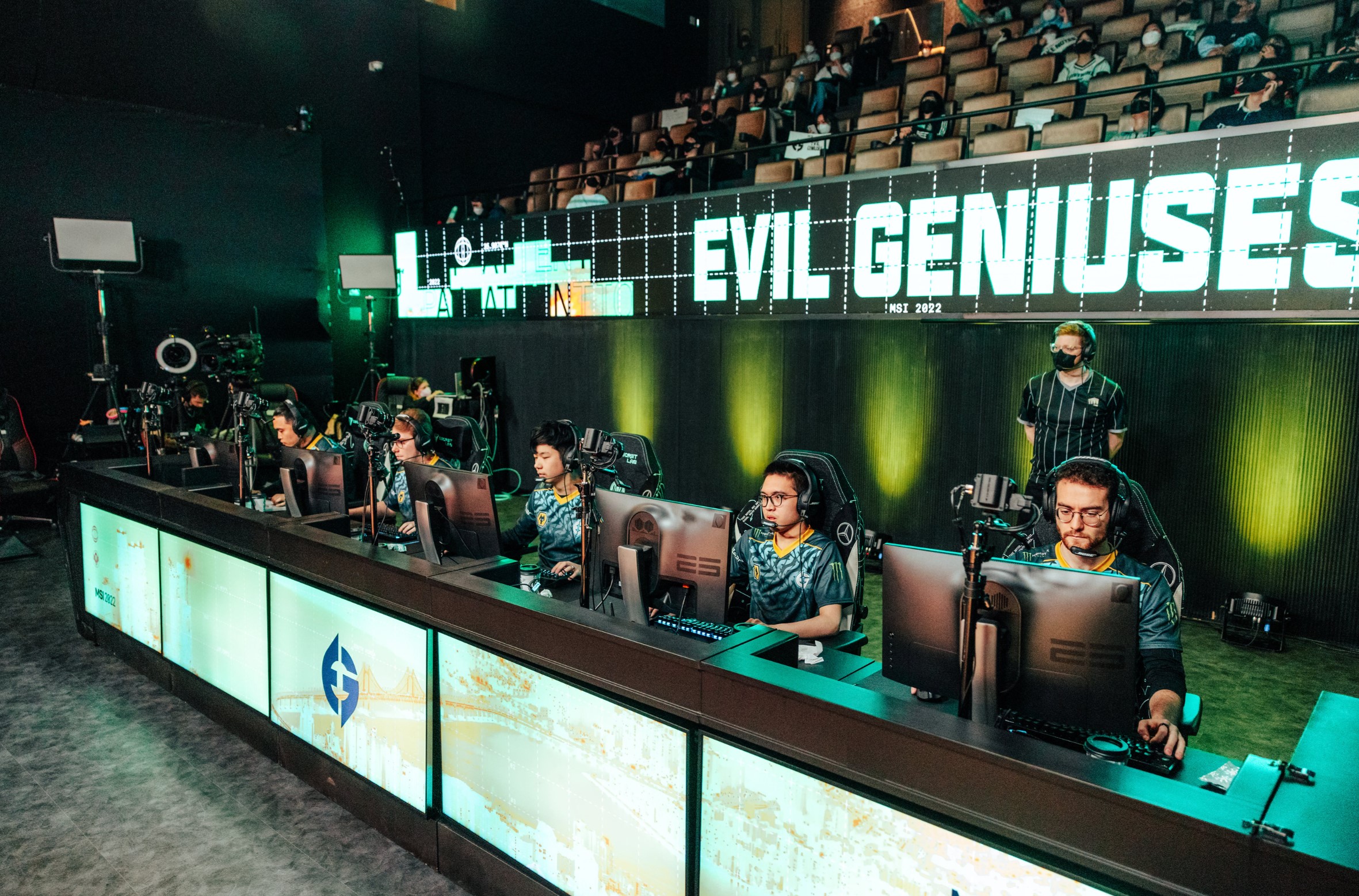 Rigby will be EG’s third LCS coach in as many splits. Prior to his time at EG, he coached in the LCK with Afreeca Freecs, as well as serving as an assistant coach with Clutch Gaming under current EG GM Andrew Barton.

Despite the changing of the guard, the organization boasts one of the most expansive coaching staffs in the league, with positional coaches for roles across the lineup. The team’s former head coach Peter Dun, who was promoted to the head of coaching staff role at the beginning of the 2022 season, will retain his position.

“Earl was late to LA last split due to visa issue but was a huge part of EG’s improvement in playoffs and solid MSI,” Dun said on Twitter of EG’s new head coach. “With Turtle unable to be here for [the] start of LCS Summer this was [an] obvious choice. Looking forward to seeing what he can do with a full split.”

Under Turtle, EG posted an individual game record of 42-28 across the first half of the season, including games during the LCS Lock In, Spring Split, and Mid-Season Invitational. The team’s record will be reset to 0-0 as the LCS season shifts into the Summer Split.

Related: Evil Geniuses have already played as many games in 2022 as they did across all of 2021

EG are coming off their first LCS title in franchise history. The team cleanly swept 100 Thieves in the final round of the Spring Split playoffs, earning them a ticket to the Mid-Season Invitational. At MSI, EG reached the semifinals, becoming the first North American team to finish in the top four at that tournament since Team Liquid in 2019.

EG will kick off their LCS title defense run later today, playing the opening match of the Summer Split against Cloud9 at 4:30pm CT. The league will honor EG with a banner-raising ceremony prior to their first game of the summer.