The kings of Europe are faltering in the second half of the season. 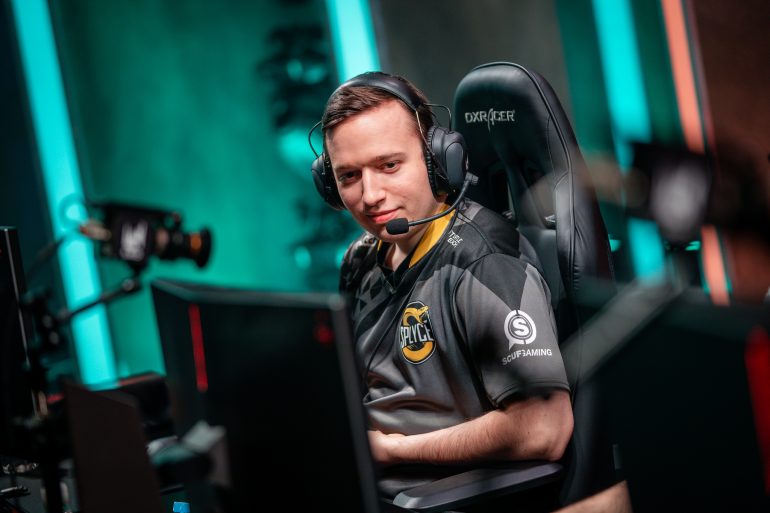 G2 Esports have suffered another upset in the LEC, this time at the hands of Splyce. The European superteam were actually defeated pretty easily due to some incredible teamfighting from their opposition.

This game started very well for Splyce, who were able to find a few key picks on G2 early in the game. Splyce is well-known for their late-game prowess, but they were really efficient in the early game today. By 20 minutes, they had already secured four kills, a tower, and an Infernal Drake.

And the match was almost all Splyce going forward, too. They were playing at an aggressive rate, finding pick after pick and winning multiple skirmishes. Although G2 Esports evened out some of the fights with the help of superstar Rasmus “Caps” Winther, the pace was dictated by Splyce the whole way through.

Additionally, Splyce had Tamás “Vizicsacsi” Kiss and Kasper “Kobbe” Kobberup playing extremely well. As Kobbe’s Sivir ramped up to late-game power, he became a destructive force who actually saved the game for Splyce in the middle of a game-changing teamfight.

In the end, G2 Esports couldn’t fall back on their great mechanical skills to brute force a win like they’ve done in the past. Great macro and teamfighting prevailed in today’s matchup and showed the rest of the league that the kings of Europe aren’t invincible.

G2 Esports are now 3-3 in the second half of this split with one more week to go. Although they’ve already locked in a playoff spot, do these losses mean that teams are finally cracking the code on how to beat them? At the same time, Splyce have shown that they’re a playoff contender and a team that’s capable of securing a top two position in the standings.