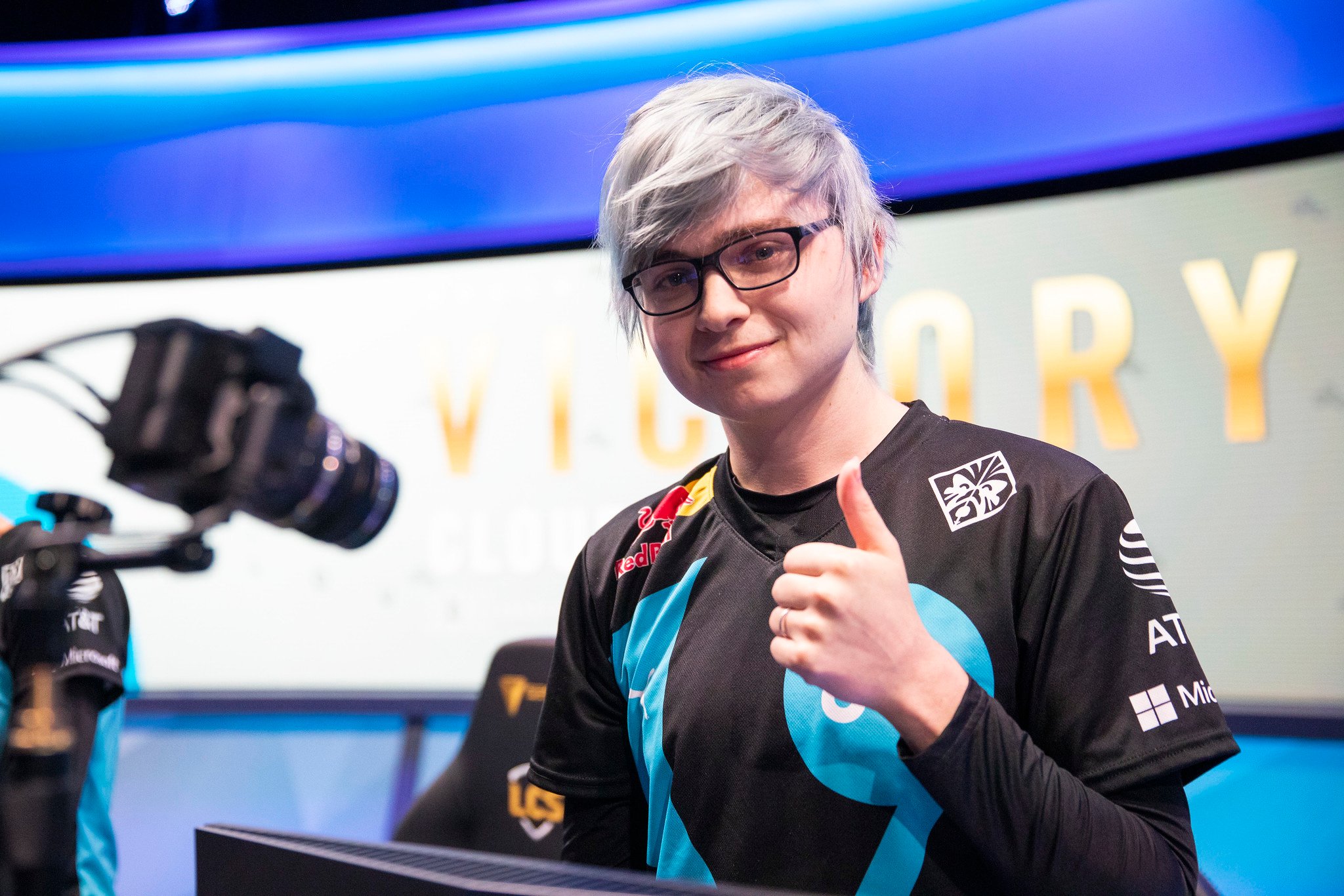 Cloud9’s star AD carry Zachary “Sneaky” Scuderi shared another one of his cosplay creations on Twitter today, and this time, he’s dressed as Pool Party Caitlyn from League.

In the photos, Sneaky looks nearly identical to the iconic 2018 summer-themed skin. The AD carry is dressed in Pool Party Caitlyn’s purple two-piece cross-neck bikini, floppy white hat, and shawl. In one hand, he holds a massive water gun resembling Caitlyn’s weapon-of-choice, while in the other hand, he holds a beverage—what looks like iced tea. To wrap up the ensemble, Sneaky sports a pair of white sunglasses on his hat and a white band tied around his upper thigh.

Although this may be the AD carry’s most revealing cosplay to date, it’s not his first League of Legends look by a long shot. The pro League player has become a pro cosplayer, checking off Dark Elementalist Lux, Divine Sword Irelia, and Star Guardian Soraka alongside countless others from his to-do list.

Now that the LCS Summer finals have wrapped up, Cloud9 have a full month to prepare for the League of Legends World Championship in October, so we may be seeing another cosplay from the AD carry soon. Fans can support Sneaky’s cosplays on his Patreon account, where he posts photos of all of his creations.