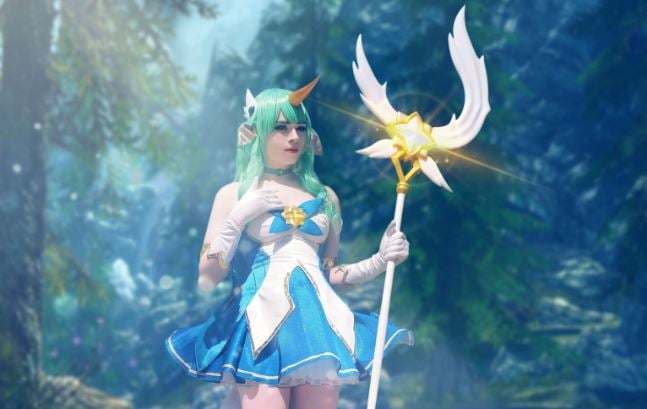 Zachary “Sneaky” Scuderi is no longer just a pro League of Legends player and streamer, he’s become a bona fide cosplay specialist, and today, he unveiled his latest creation on Twitter—Star Guardian Soraka.

Not only is this Sneaky’s third (fourth if you count Star Guardian Urgot) high-quality and heavily-detailed cosplay, but he’s planning on doing more, regularly. Akin to other cosplay creators in the League community, he kicked off his very own Patreon page today, too. That’s great news if you’re a fan of Sneaky and his top-notch cosplay, because he plans to release content every month.

Sneaky’s girlfriend, Esther Lynn, is an experienced cosplayer. She’s coordinated the makeup and photos on his last three major projects. In other words, they’re a cosplay power couple. She also has her very own Patreon dedicated to her own work.

As for Sneaky’s Patreon, the reward tiers are fairly straightforward. For $2 per month, you unlock his normal Patreon feed, and for each other tier all the way up to $40, you’ll receive different levels of photos, including photo sets, polaroids, and even signed and personalized prints.

For all intents and purposes, it appears that his first cosplay, Dark Elementalist Lux, in March wasn’t just a one-time thing. Some fans were worried that the cosplay would stop, as Sneaky hadn’t officially stated, until now, that he planned to continue doing it. After today’s series of cosplay-related announcements, it’s clear that Sneaky is taking this very seriously, and the world is all the better for it.