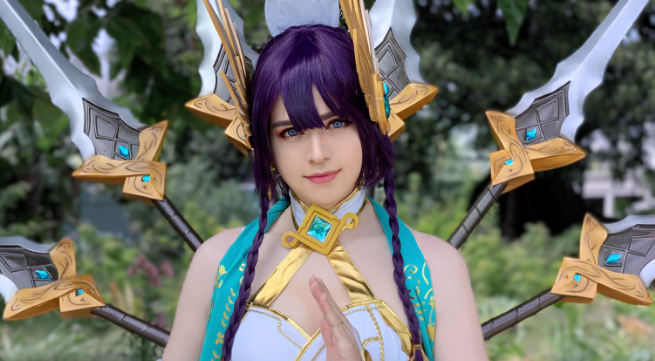 Cloud9’s AD carry Zach “Sneaky” Scuderi has shown off his next stunning cosplay, and it’s arguably one of the best and most detailed cosplays he’s done yet.

Sneaky has cosplayed a fair share of the League of Legends champions, such as Pizza Delivery Sivir, Xayah, and other characters, but his take on Divine Sword Irelia really stands out from the crowd.

The amount of detail that’s gone into this cosplay is honestly superb. Everything from the little decal details to the swords in the back just show how professional and well made the cosplay actually is.

Of course, League of Legends isn’t the only series that Sneaky has cosplayed from in recent years. We’ve seen the ADC take on different games for inspiration at times, with Bowsette being one of his more popular and well-received cosplays in recent memory.

We doubt this is the end of Sneaky’s cosplay ambitions and fans will patiently wait to see what attire he picks up next.