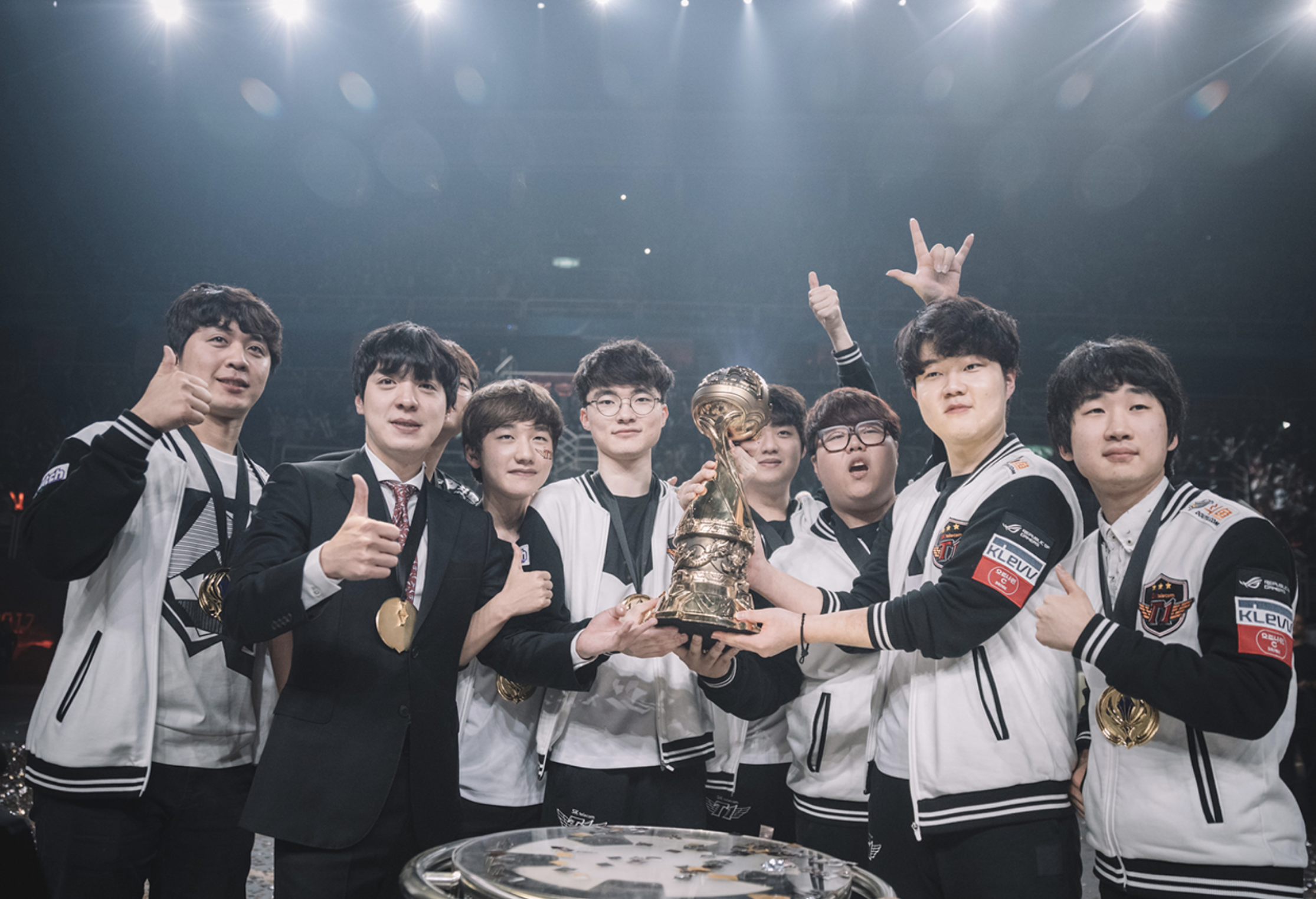 SK Telecom T1 was knocked out of the LCK playoffs today in the second round today by long-time rivals KT Rolster. This will be the first time in history that SKT won’t represent the LCK at the Mid-Season Invitational.

KT substitute mid laner Son “Ucal” Woo-hyeon was key to his team’s victory. Although Lee “Faker” Sang-hyeok is always a formidable opponent, Ucal held him at bay reliably throughout the entire series. When KT competes in the third round he’ll need to be the team’s rock against Afreeca Freecs, too, who had a stellar regular season placing second behind KING-ZONE DragonX.

Kt’s new substitute jungler, former NA LCS Cloud9 player Lee “Rush” Yoon-jae, has been a fantastic addition to the roster in the few games he’s played. This series was no exception.

Starting jungler Go “Score” Dong-bin is undoubtedly a great player. But having the ability to sub him out to feel for SKT’s weaknesses and strategies with Rush, who is still a respectable player albeit not quite as threatening, worked wonders for KT. Not to mention it gave Score some breathing room.

When Score was in, though, he completely smashed SKT, especially with his Skarner pick in game three.

KT’s other greatest weapon was ADC Kim “Deft” Hyuk-kyu. He danced around SKT’s frontline in games two and three to shred them before they even got the chance to lock him down. His performance on Xayah in game three was especially impressive.

KT Rolster will play against Afreeca Freecs this Sunday at 3am CT to decide which team will face KING-ZONE in the finals.